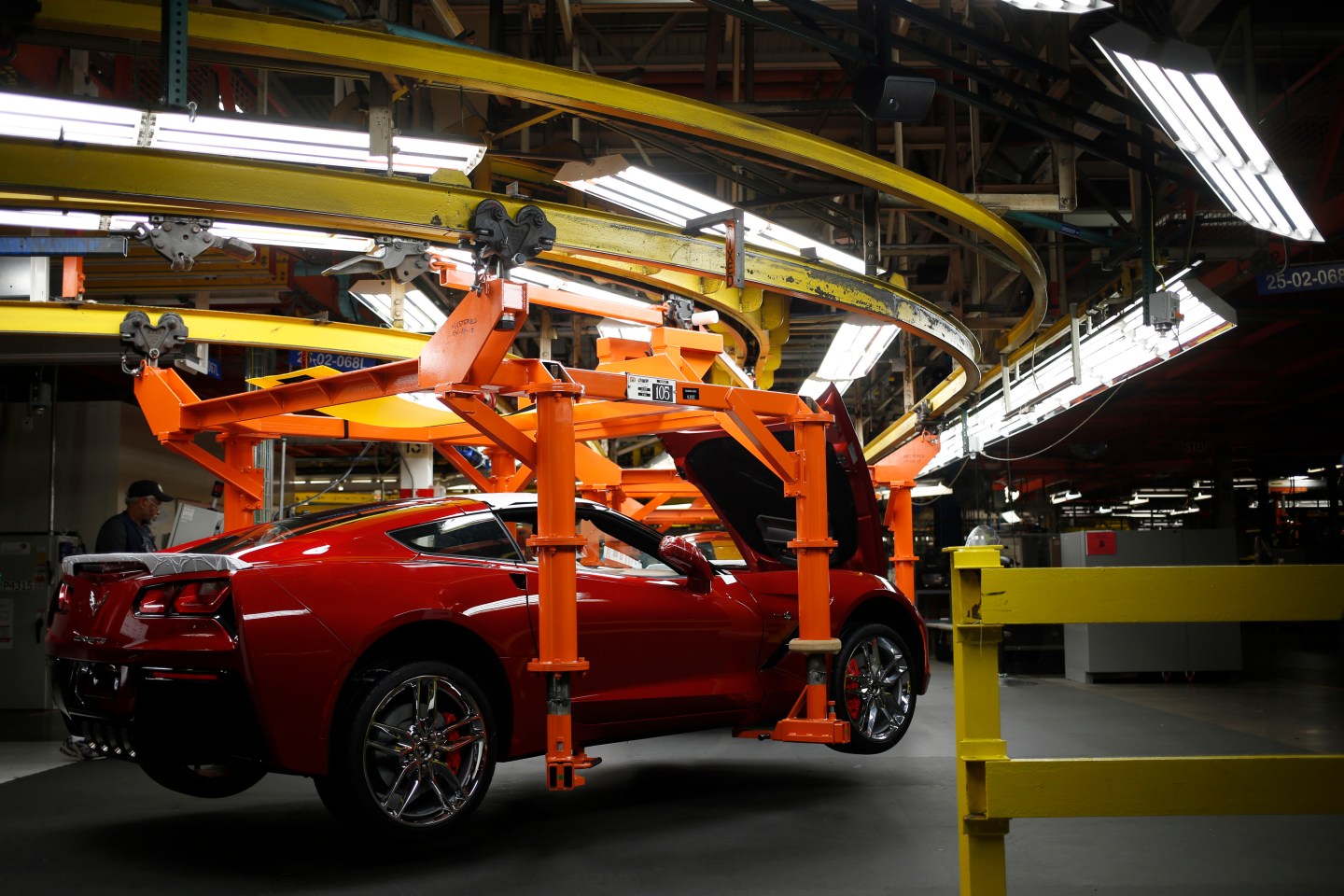 GM isn’t just doubling down on the Chevrolet Corvette. It’s increasing its investment in the car more than threefold—a bold move even considering the success of its seventh generation model, the C7 Corvette.

GM (GM) said Thursday it will spend $439 million to build a new 450,000-square-foot paint shop and make other upgrades at the Bowling Green, Kentucky plant that makes the sports car. The investment is part of $5.4 billion that GM plans to spend on its U.S. facilities over the next three years.

The construction project, which will include adding longer, high-efficiency baking ovens, is scheduled to begin in summer 2015 and will take two years to complete. Corvette production schedules won’t be affected by the construction, GM says.

When GM first introduced the C7 Corvette, some critics wondered how the company, just a few years from its bankruptcy could justify an investment in a niche car. After all, in 2012 sales of the Corvette hit 14,132, making up about 1.7% of all the Chevrolet cars sold in the U.S. that year—a tiny number compared to GM’s total global sales of 4.95 million vehicles.

The new C7 would share only two parts with the previous generation Corvette, incorporate an all-new frame structure and chassis, powertrain and supporting technologies. This required a $135 million investment—$52 million of which was used for a new body shop—in the Bowling Green plant to support production of the new Corvette.

The bet on the new Corvette paid off in its first year. C7 Corvette sales reached an eight-year high in 2014 with nearly 38,000 cars sold globally. Its sales volume more than doubled from the previous year and captured 61.2% of the high-performance car segment as defined by Kelley Blue Book.

Sales are up 2.5 percent in 2015, says Karl Brauer, senior analyst with Kelley Blue Book. While Brauer notes that the car has done extremely well in the marketplace, he cautions that it’s competing against massive growth from 2014. “It’s difficult for the number to keep growing,” Brauer says.

“They understand the unique status of the Corvette as America’s sports car because it’s been in production since 1953, Brauer says.