How Sephora fights fakes in China 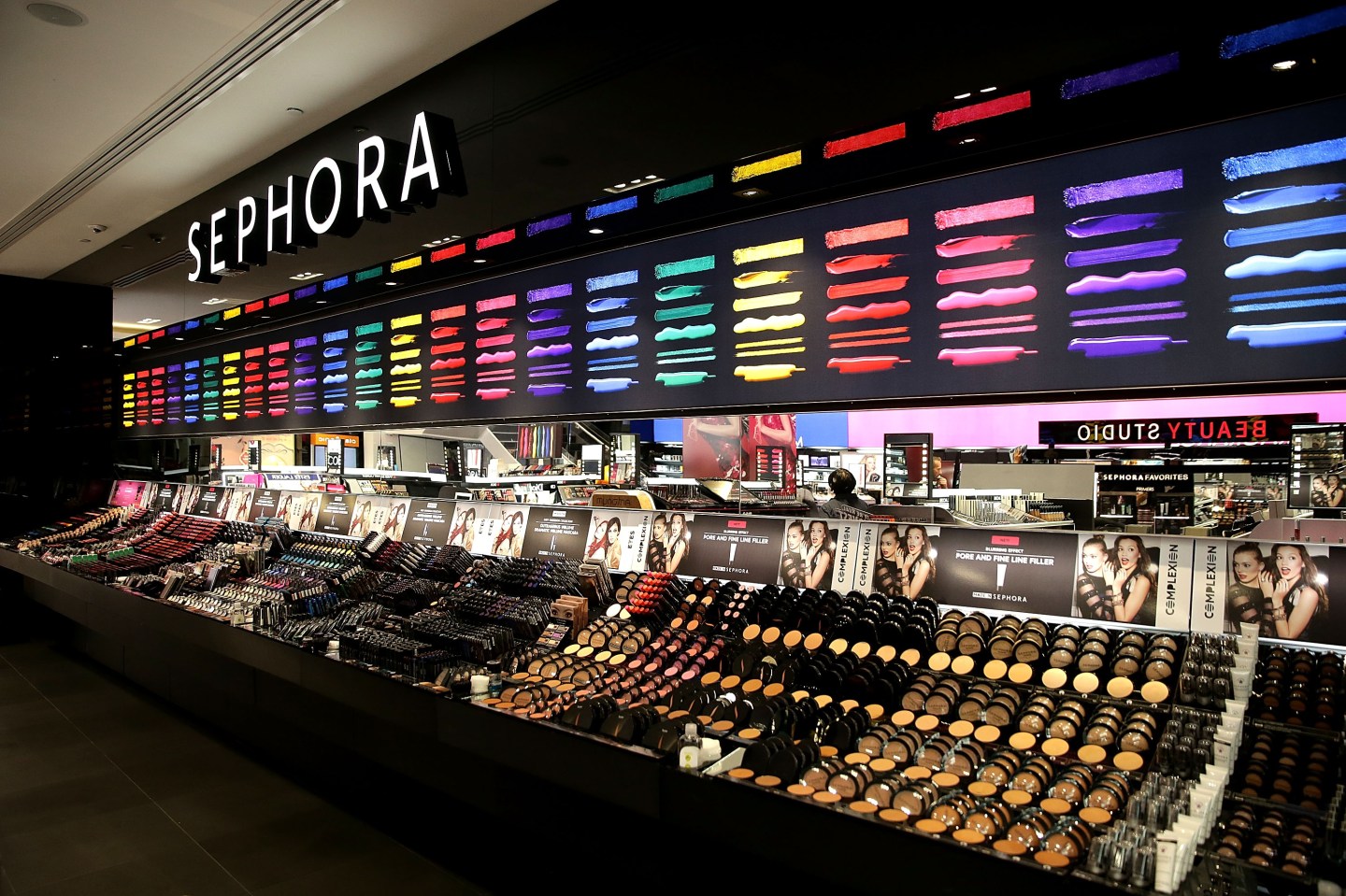 Cosmetics retailer Sephora announced today in Beijing that it opened an online “flagship” store on JD.com (JD), Alibaba’s (BABA) rival, in part to reassure Chinese consumers they are buying authentic make-up in a country where around up to 20% of the cosmetics market is counterfeit.

“We’ve seen the effort by JD.com that they value authenticity, Helen Zhou, vice president of marketing and e-commerce for Sephora China, said in an interview today.

Sephora, which is part of French luxury goods group LVMH Moet Hennessy Louis Vuitton SA, said choosing JD.com as a partner came down to the company’s reputation for selling genuine products and its logistics: if Sephora keeps inventory at JD’s warehouses they could offer same-day delivery in 130 Chinese districts and counties (for now, Sephora will run its own inventory except in Shanghai).

A few years ago Sephora wasn’t interested in expanding online in China, according to Zhou. It watched the way Chinese online shoppers gravitated toward sale offers, before considering brand or quality, and decided that wasn’t a fit for the retailer that sells brands like Dior, Guerlain and Givenchy.

Since then, the rise of Alibaba’s platforms and JD.com have made shopping for trusted brands about more than price in China. But fakes remain a problem.

Earlier this year a Chinese regulator criticized Alibaba for the number of counterfeit goods it found on Taobao. The regulator contended only 19 of 51 items it bought on the consumer-to-consumer marketplace were genuine, creating a very public spat between Alibaba and its government accuser. (The regulator eventually removed the critical report from its website.) Taobao hosts 8 million sellers and Alibaba says it spends more than $16 million a year fighting piracy.

JD.com, meanwhile, generates over half its revenue from selling goods in its own warehouses, like Amazon, and only has about 60,000 merchants on its separate marketplace platform—which the company says allows it to better regulate fakes.

Even on platforms where brands sell directly to consumers, genuine products aren’t guaranteed. SAIC also said six of seven items from Alibaba’s Tmall.com, where brands host their own stores, were authentic; 18 of 20 from JD.com and 9 of 10 from online food retailer Yhd.com, in which Wal-Mart (WMT) owns a controlling stake.

Jumei International, an online make-up retailer based in Beijing and traded on the New York Stock Exchange, abandoned its third-party marketplace business entirely last fall because of the difficultly of policing fakes. It now includes codes on the products it sells to verify their provenance. “We have to go the extra mile with consumers,” co-Chief Financial Officer Mona Meng Gao told Bloomberg last week.

Sephora may be among the brands benefiting most from the new focus on authenticity. Cosmetics are relatively easy to counterfeit, which explains why you see luxury brands trading at steep discounts in small shops around China and creeping into online marketplaces.

Sephora and Jumei can warn consumers of the dangers of fakes—high levels of lead, mercury and other metals for one—but they still need to offer alternatives. Sephora’s “store” on JD.com, replete with the retailer’s black and white- striped designs, is its newest offering.