Reed Hastings on the future of non-linear television 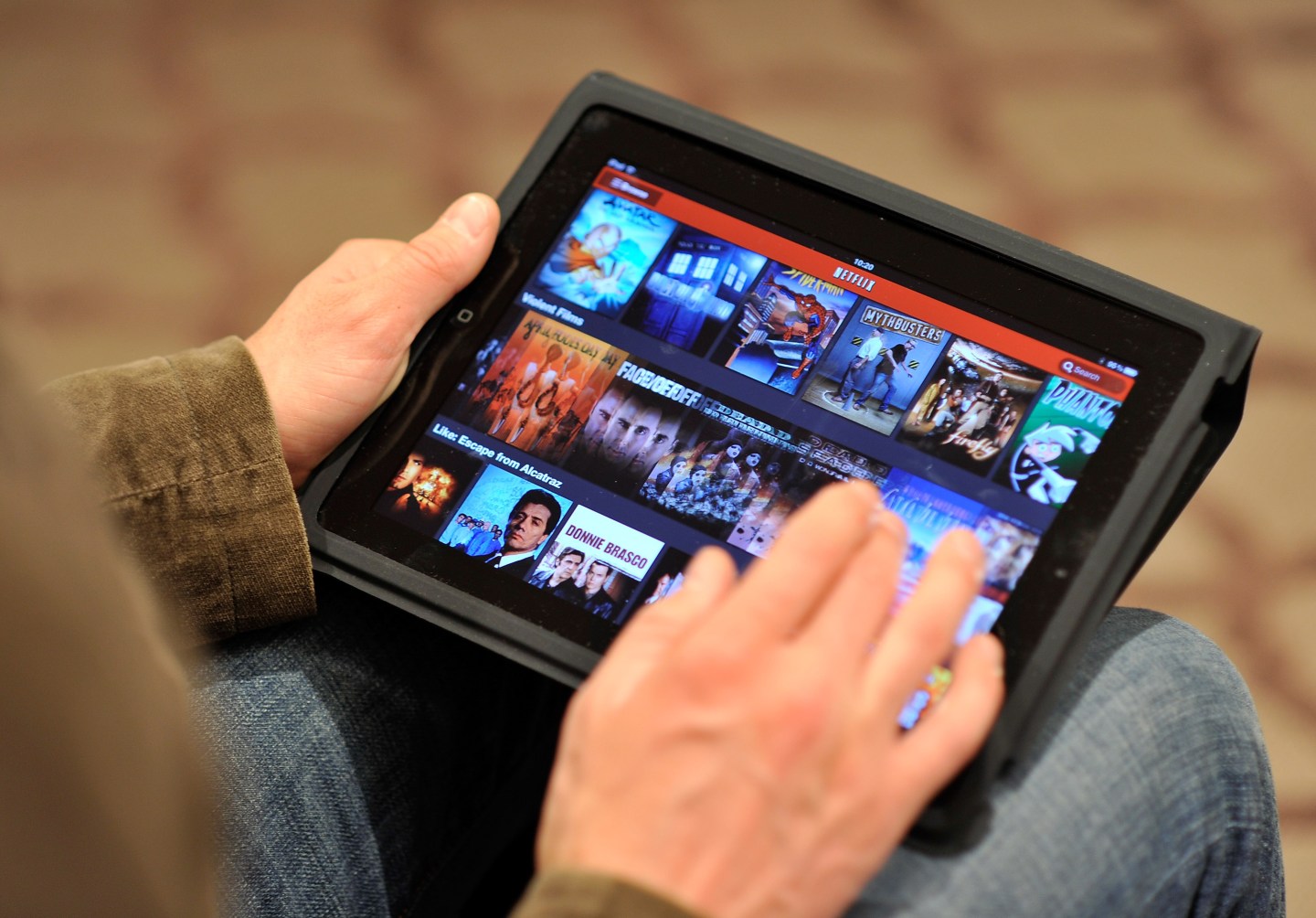 When it comes to the transformation of the medium we call television, there’s arguably no other company that sums up that disruption better than Netflix—a former DVD-rental company that has become one of the most powerful streaming-video players in the world, accounting for an estimated 35% of the traffic on the Internet. So it’s probably worth paying attention when Netflix co-founder and CEO Reed Hastings talks about the future of television.

Speaking to attendees at the Re:publica conference in Berlin last week, Hastings said that what he likes to call “linear television”—in other words, the kind most of us grew up with, where a show takes place on a certain channel at a certain time—has a fairly bleak future (thanks to Quartz for pointing to the speech). “We will come to see that linear TV declines every year for the next 20 years,” Hastings said, “and that internet TV rises every year for the next 20 years.”

This prediction may seem somewhat obvious now, but not that long ago it would have been laughed at in the boardrooms of many conventional TV players, who were convinced (despite the evidence from the music business) that television was relatively immune to Internet-based disruption, at least in the short-term. Those companies are now watching subscriber numbers decline consistently from quarter to quarter, as “cord cutters” and others trade linear TV for a variety of more flexible and appealing options.

If anything, in fact, Hastings’ prediction may be a bit too conservative: given the speed with which traditional television is declining, it could take much less than 20 years for it to vanish completely as a force in the media business. Anyone in the television industry who isn’t using that as a rough rule of thumb for their future corporate plans is likely doomed.

Cable companies that are also Internet service providers, of course, have a built-in buffer for some of these disruptive effects, because they make money from users who stream video as well as those who buy TV the conventional way (Hastings also had some thoughts on that process in his speech, calling the pay-for-service deals he has been forced to strike with ISPs like Comcast a “deal with the devil).”

But Hastings isn’t just talking about the method by which television-style content is delivered—he’s talking about a change in the way that content is created as well, and that has the potential to be far more transformative for the TV industry.

In many ways, this transformation is more like what has happened to print content—meaning newspapers and magazines—than it is like the music business, if only because a song as the atomic unit of audio entertainment hasn’t changed that much. But for text and video, the disruption is all about breaking down traditional formats and packages like “newspapers” and “TV shows” and either atomizing or re-making them in a different way.

As an example, Netflix’s House of Cards appears to be a fairly traditional TV-style show, but that’s actually deceiving: the way in which many fans “binge watch” it and other shows makes them much more like long movies that are broken into chunks. This changes the nature of the content and the way it is put together, not just the delivery method. Hastings makes it clear Netflix is thinking hard about this, in addition to other developments like interactivity and virtual reality.

On the atomization front—along with all the attendant usability and copyright issues—there are services such as Periscope and Meerkat, which are nipping away at live TV, like a horde of piranha fish. Television executives who don’t see them as competition should remember Clay Christensen’s warning that the next big thing often starts out looking like a harmless toy.

Netflix is far from alone when it comes to the rapidly shifting landscape of TV, of course: Spotify is reportedly interested in launching a video service and cutting deals with content creators, Snapchat is becoming a player in short-form video, YouTube and Facebook are both doubling down on their video content, and Apple is a factor to consider as well—including as a potential acquirer of Netflix, as some have predicted.

Regardless, when it comes to a vision of TV’s future and all that might entail, Netflix’s CEO has as much claim to a crystal ball as anyone, if not more so. So stay tuned to the Reed Hastings channel.