Why Apple should buy Netflix 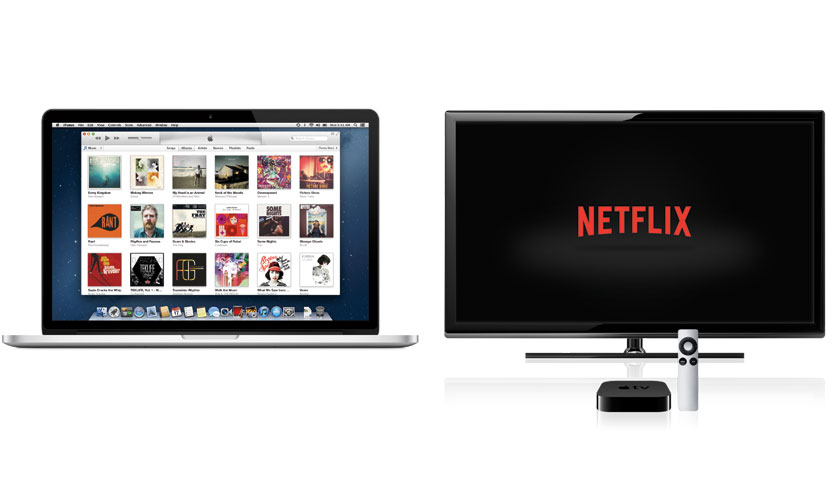 Much of Netflix’s growth is being driven by its successful expansion overseas, as well as a rollout of new original programming series, such as Marvel’s Daredevil, Bloodline, and a renewal of existing hits like House of Cards and Orange is the New Black. The company also stands to benefit from consumers who don’t want to be tied to expensive cable and satellite packages in order to secure their entertainment.

But international expansion and compelling content require large capital outlays and ongoing expenses. Netflix’s content acquisition and creation costs are trending upwards and the company’s strategy of increasing its global footprint will carry a price until those markets become profitable. In other words, Netflix will need healthy amounts of cash in order to finance its foreseeable growth.

For these reasons, the company is ripe for acquisition, and a company like Apple (AAPL) would be remiss if it didn’t seriously look into a deal. Apple has both the means and motivation to acquire Netflix, and while the movie and television business may not be Apple’s prime focus, it certainly can’t afford to stand on the sidelines while a player like Netflix takes over the market.

Although Apple’s signature iTunes platform for video downloads is popular, carrying a wide selection of new movies and television shows, it doesn’t offer a subscription service along the lines of Netflix and is much more expensive. For example, a single season of a popular show can run $35 or more versus an $8.99 all-you-can-eat monthly pass to Netflix, which also allows you to watch other content. If Netflix’s subscriber base continues to grow as dramatically as it has, this can pose a threat to Apple, and so can the appeal of Netflix’s original programming (which iTunes carries, but at a hefty premium).
[fortune-brightcove videoid=4180129899001]

True, if Apple acquired Netflix, it would cannibalize some of its iTunes business, but the alternative is to have that same business hijacked by an independent Netflix anyway. If consumers prefer Netflix, they have little, if any, reason to buy the same content on iTunes for a higher price; so right now those revenues simply go to Netflix. But by buying the company and controlling it, Apple could effectively cut those losses by ensuring that any content that is a big revenue-generator for iTunes is not replicated on Netflix. In this way, and also given that iTunes’ library is more comprehensive and current than the more uneven Netflix, the two services could easily be marketed as complementary to each other with iTunes’ competitive advantage being its wider selection and Netflix’s advantage being its lower priced subscription model and cutting edge series.

There can also be marketing synergies between Netflix’s global subscriber base and Apple’s stable of technological products. New subscribers to Netflix could, say, receive a rebate on the latest iPad for signing up, or Apple could bundle a three-month subscription to Netflix with the purchase of Apple TV.

That brings us to the means by which Apple could do an acquisition.

With a market cap of more than $720 billion, Apple has $178 billion of cash on its balance sheet but is also trading close to its 5-year high, which makes its stock a strong currency for an acquisition. The technology giant could easily finance the buyout of Netflix, worth about $34.7 billion, with a mixture of cash and stock or even fully in stock. The key is that the relentless upward momentum of Apple’s own shares, not to mention its unprecedented success with new products, such as its smartwatch, would makes its stock an attractive form of payment for current Netflix shareholders.

A possible hurdle to an all-stock deal would be Apple’s price-to-earnings (PE) ratio. Based on 2015 estimated earnings and its stock price on April 20, 2015, Apple’s ratio was 14.5 times versus 176.8 times for Netflix. When a company with a lower PE ratio buys a company with a higher ratio, the deal is usually dilutive for the acquirer since it gets less bang for each dollar of its own earnings. However, this can be mitigated by the much smaller size of Netflix compared to Apple, as well as the future boost for Apple shares because of investors’ bullishness about Netflix’s growth prospects.

In other words, acquiring an investor darling like Netflix might be expensive in the short haul but can boost Apple’s shares in the long term, especially if the company is successful at leveraging Netflix’s massive and growing user base to sell more Apple products. For its part, Netflix will certainly benefit from Apple’s exceptional marketing expertise, global reach, particularly in key markets, such as China. It would also benefit from access to cash on Apple’s balance sheet.

It’s a logical match, but only if Apple moves quickly – before Netflix becomes too big, and too expensive, to be acquired.

Sanjay Sanghoee is a business commentator. He has worked at investment banks Lazard Freres and Dresdner Kleinwort Wasserstein, as well as at hedge fund Ramius Capital. Sanjay does not own shares of Netflix or Apple.