U.S. car sales still growing — but for how long? 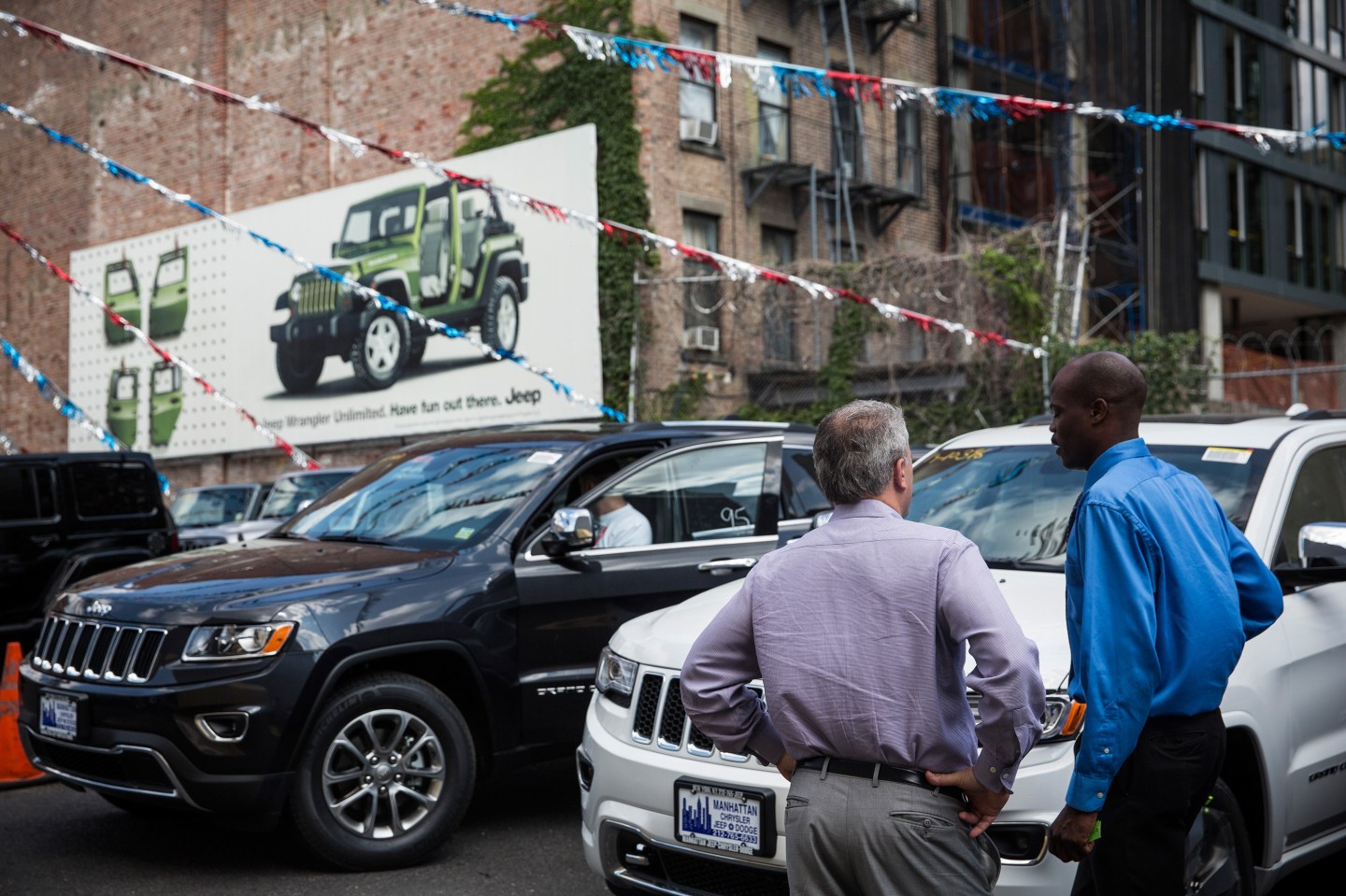 For the last five years, the U.S. automotive industry has seen a steady increase in sales. The question is: how much longer can the party last?

As sales have steadily recovered following the global financial crisis – and the bankruptcies of General Motors and Chrysler, automakers and economists aren’t backing down on their prediction that 2015 will mark at least one more year-over-year increase.

In 2014, sales of cars, SUVs, pickups and other passenger vehicles in the U.S. topped 16.5 million, versus 10.4 million in 2010. Buyer appetite for newer used cars has remained relatively strong as well.

“Industry sales cycles don’t die of old age,” said Emily Kolinski Morris, chief economist for Ford Motor Co. A period of sustained lower sales “needs a trigger, such as an oil shock, a policy mistake or a geopolitical event.” Ford is forecasting 2015 sales of cars and light trucks to go as high as 17.2 million.

One of the most important factors behind Ford’s optimism is the 11-year average age of the U.S. automotive fleet, which today numbers more than 250 million cars, pickups, minivans, sport utilities and crossovers.

Cars do last and may be repaired to kept usable, but “just because owners can drive them, it doesn’t mean they want to,” said Kolinski Morris. “Fashion is one consideration. The new vehicles have so many more features than five or ten years ago,” including numerous infotainment options and safety devices like blind-spot warnings.

Automakers tend toward optimism, in part because they know that pessimism – especially for consumers – can be self-fulfilling. A weak March jobs report and the fading effect of lower gasoline prices caused a lower-than-expected consumer confidence report for April – highlighting a potential risk factor for continued rising auto sales. Buyers need confidence about their jobs and the direction of the economy before they’re willing to commit to a new vehicle, after a home the second most costly item they’ll buy.

Ellen Hughes-Cromwick, a former Ford economist and an adjunct professor of economics at the University of Michigan, also notes that auto sales could “plateau” soon if, as expected, the Federal Reserve raises interest rates. “For autos,” she said, “the party drums can keep beating, but the odds of good growth from here may be fading.”

Kolinski Morris adds, “We don’t know what it looks like to come up off zero interest rates, even by 25 or 50 basis points.”

One reason why consumers have been inclined to trade their old cars for new ones is that used-car values have remained strong – meaning that equity in their used vehicle can help cover the gap in cost between old and new. But Manheim’s Used-Vehicle Value Index in April declined for the third straight month – could that be a portent? Manheim noted that “used-vehicle values are high and have remained stable for more than four years.”

Still, Mustafa Mohatarem, GM’s chief economist, told Fortune that he’s “confident” about the U.S. auto industry “for the next year or two.” His reasoning: Young buyers who have been staying away from showrooms seem to be coming back. “I never believed the young weren’t interested in cars,” he said. “They simply couldn’t find jobs, and the cost of ownership for them was too high.”