Teach for America’s plan to turn around falling applications 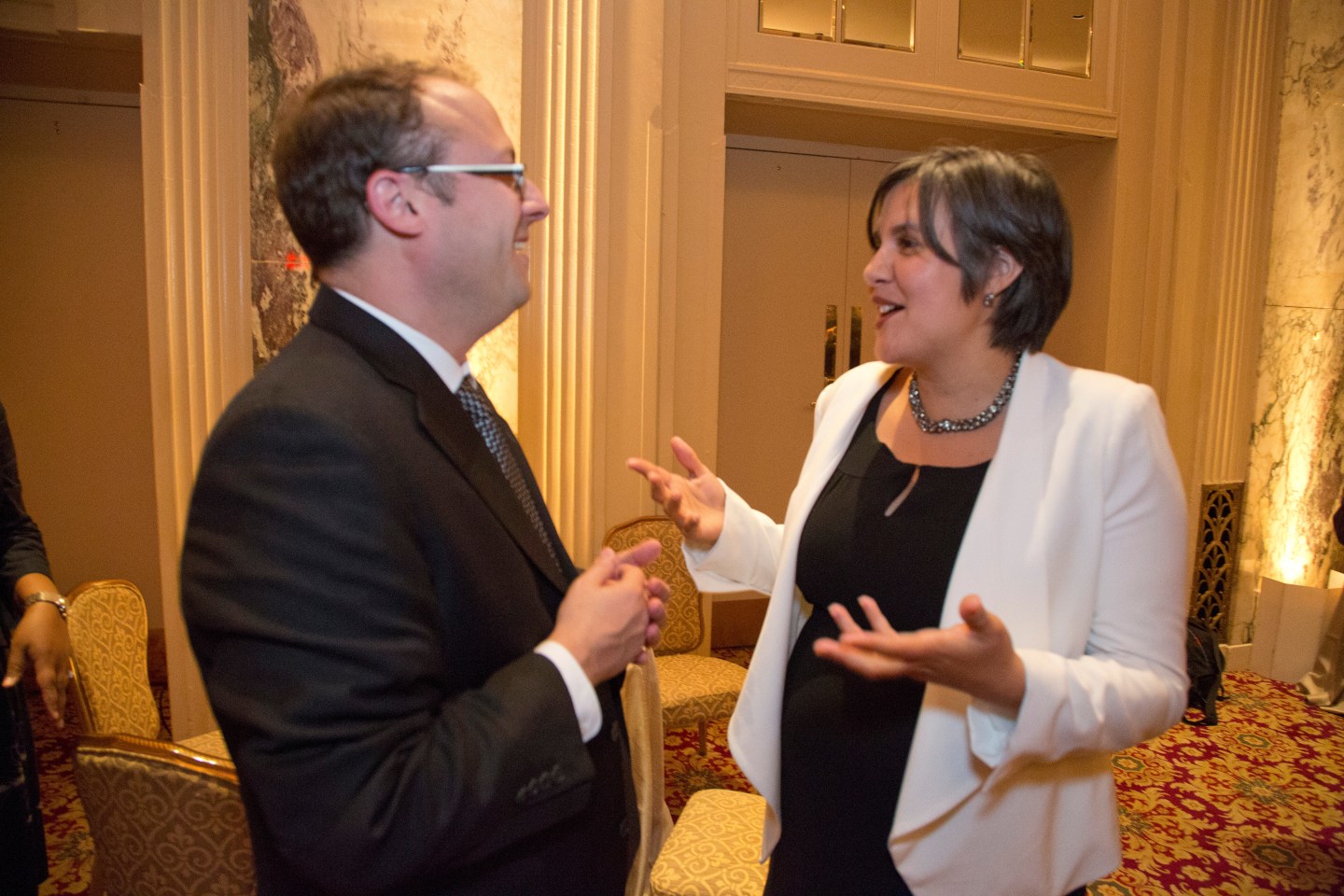 Taking over when a charismatic founder steps down is never easy, but Elisa Villanueva Beard has had it tougher than most.

Beard and co-CEO Matt Kramer took on the top jobs at Teach for America, the highly selective organization that trains college graduates to teach in troubled schools, when founder Wendy Kopp stepped down in 2013. Then, after 13 straight years of growth, the number of applications to TFA fell slightly for the 2014/2015 school year, and dropped again for 2015/2016–this time by about 10%. Meanwhile, critics have charged TFA’s boot-camp style training, limited time commitment, and relationships with charter schools with undermining the teaching profession and public education.

Beard and Kramer are not the only ones struggling with these issues. The criticisms directed at their organization reflect the broader tensions that are everywhere in public education today. It’s also worth noting that TFA remains the largest source of new teachers, and that, according to a new study, students taught by relatively inexperienced TFA teachers post similar test scores to those who are taught by teachers with more than a decade of experience.

Originally from the Rio Grande Valley in South Texas, Beard joined TFA’s teacher corps in back 1998. She held a variety of regional posts before becoming COO and then co-CEO.

Beard, who lives in Houston with her husband and four sons, talked with us about how TFA is working to turn around its recruiting numbers, bring in more minority teachers, and forge stronger local relationships. What follows is an edited transcript from that conversation.

Fortune: Teach for America is facing some challenges. Applications were down about 10% last year, following a decline the previous year. What’s behind the drop?

Elisa Villanueva Beard: Throughout our history we’ve seen that an improving economy makes recruiting more challenging. The country has a post-recession mindset. When we talk to college students, we hear that people are looking for financial stability. They want to get a good footing out of college. When that’s a big thing on people’s minds, the salary of a teaching profession is an issue.

The polarized conversation around education adds an additional layer of complexity. Negativity around the work of teachers makes it harder to attract new ones.

Are you changing the way you recruit to try to turn things around?

We are re-gearing and looking at a number of things. One is starting earlier. People are taking jobs earlier. We have to get to them by sophomore or junior year, through internships or other ways that younger college students can be exposed to our alumni, who are doing awesome work, and to people who have been shaped by the program.

You mentioned you were innovating across your business model. What other changes are in the works?

One of our biggest steps is spurring new thinking about supporting teachers locally. In the past, direction came from the center and was pushed out. But our regions are so different. We’re going to have decisions made closer to the ground. We also had national training institutes, so you might train in Tulsa, but work in Raleigh. Incoming teachers will start being trained in the region where they will be working, so they can start meeting the community and the children sooner.

Some critics have said that TFA’s two-year commitment causes instability in schools, since many teachers don’t stick around after their second year. How do you respond to that?

If we went to three, we would lose people. Two years is a long time to for kids coming out of college. The key is that TFA’s mission is to bring people who aren’t sure about teaching into the field. If [critics] are saying we can only recruit people already committed to teaching, well, that’s not what we do.

About 60% of our teachers do stay for a third year. We’re currently running a pilot for teachers in their third, fourth and fifth year, to see if there is more we can do to support people.

I love when our teachers remain teachers, but we need great principals, we need great leaders, we need parents who will organize in their communities, and we need policy leaders. Sixty-five percent of our alums stay in the field in some way.

More than half your current teachers are minorities, which is quite different from when TFA started. Is that the result of changes to your recruiting process?

We do need to attract people from the communities they grew up in, [as well as those from other areas], if we want to change the world. And we have to do it without dropping our standards.

One of the biggest challenges with people of color or people who are first-generation [Americans] or anyone with humble financial circumstances is that they say their mom and dad didn’t do all this for them, and that they didn’t get through college so they could be in education. That is a real dilemma for anyone who has loans.

Service should not only be an option for those who can afford it. Teach For America is an organization [which provides qualifying corps members with] a stipend which can be put towards education expenses. Without this award, many would not be able to enter teaching.

You’ve been criticized for placing teachers in charter schools. How do you respond?

The way we see it that we are not ideological, except in our radical belief in children and their potential. We believe in great schools and the urgency around that is extreme. This is a time we need massive systemic solutions, with an ‘s,’ and we are one part of this.

Why did you decide to join TFA?

I grew up in [McAllen, Texas], a community where we now teach. I was at the top of my high school class, but when I got to college [at DePauw University], I realized I was unprepared. Once I went back home, my hair was on fire. I saw immediately what the impact [of TFA] would be.

Replacing a founder is always a challenge. How did that transition go?

As much as it could be, it was seamless. It helped that Matt and I were very much visible through the organization. And Wendy is still very much involved, as board chair, and as a mentor. I look to her for advice and guidance.

As you moved from COO to CEO, what’s been the biggest change?

During eight years as COO, the scope of my job was always growing, as TFA was growing. I kept my head down and worked. But in this role, I was immediately in the middle of a conversation about TFA and education issues. I really had to pull up and look at this from a new lens. And it has been energizing for me. The mission has become unequivocally important.

How is it working as a co-CEO?

We work closely, but 75% of my time is spent doing regional work, with communities and partners. Matt’s focus is the national organization, including our programming, public affairs, and infrastructure.

That’s a daunting travel schedule, even without kids.

It was big decision for my family as I am on the road a lot. My husband is incredibly supportive. And you just have to accept you are going to be really tired for a really long time.