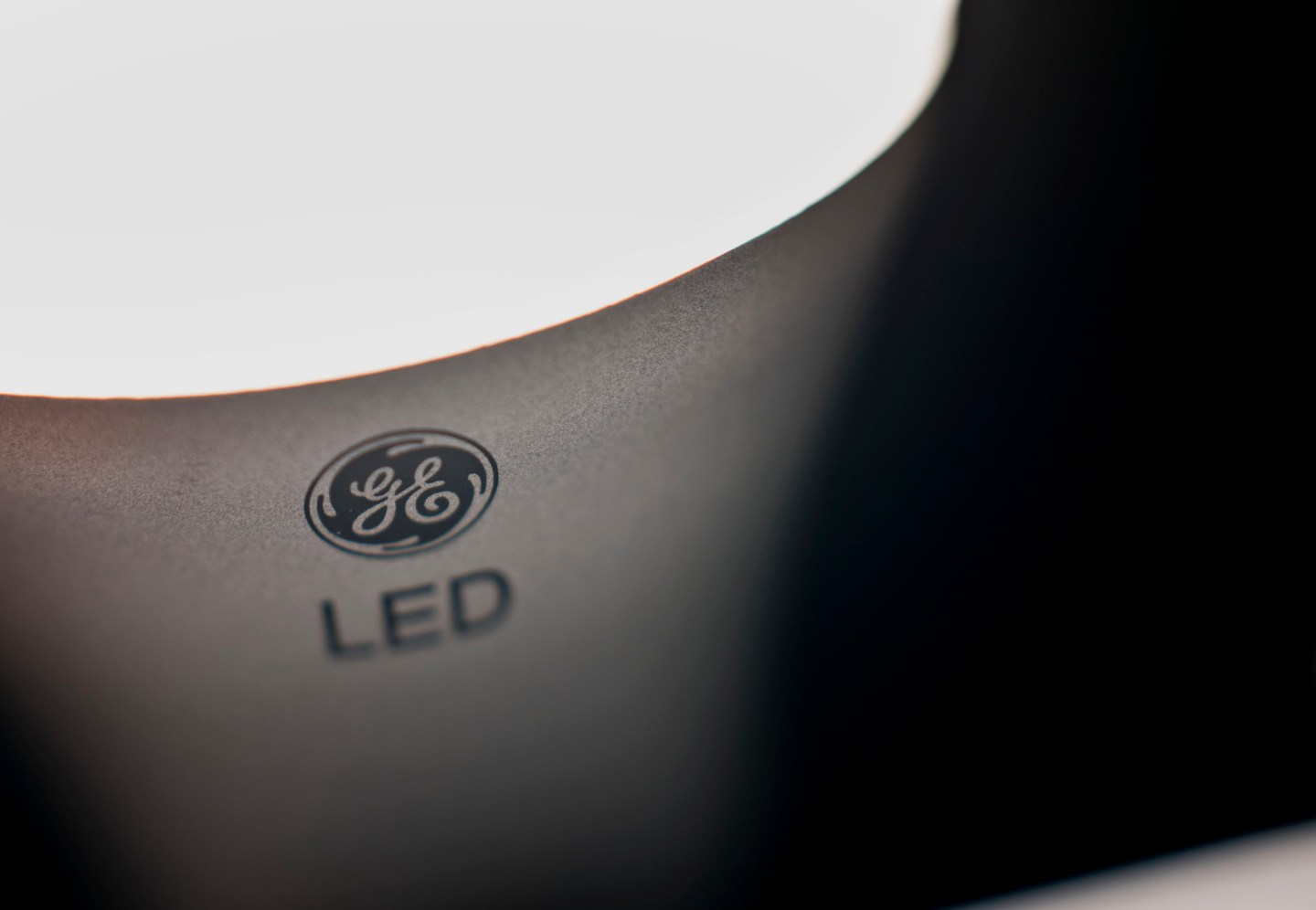 GE wants to keep its lighting business relevant as our appliances, cities, and even our homes become connected. On Monday, GE partnered with Apple’s program that will let people use their phones as a remote control for all sorts of connected appliances and fixtures in the home— from door locks to outlets. GE’s new Internet-connected light bulbs will automatically mimic natural sunshine with bright, bluer light in the morning and a dimmer yellow light in the evening.

By partnering with Apple and its so-called HomeKit service, GE is hoping to retain its top status in the increasingly competitive consumer lighting industry. GE will integrate its connected lighting products with Apple’s HomeKit home automation platform, the companies said on Monday. The new GE bulbs will be available later this year, but there’s no word yet on what they will cost.

Many of GE’s competitors offer similar sun-mimicking patterns on their connected bulbs, so GE has some catching up to do here. Some of those competitors such as Philips, with its Hue lights for the consumer market, are also HomeKit partners. HomeKit is expected to launch this month or next, and will include partners such as August door locks, Chamberlain, the maker of a connected garage door, and many others. For those less inclined to wait, GE does have connected Link LED light bulbs out today, which are among the least expensive on the market at $15 per bulb. These bulbs work with the Wink smart home hub sold at Home Depot. Yet, the GE bulbs are facing competition from a host of new companies including venture-backed startups such as LIFX or Stack Lighting.

Both GE and Apple are riding a wave of interest in the smart home, a concept that has been gaining in consumer mind share since 2012, and really broke into the mainstream this year. Major companies such as Google, which purchased the connected thermostat maker Nest for $3.2 billion in January 2014 and Samsung, which spent a rumored $200 million buying SmartThings last summer, have gotten into the business of helping consumers connect their homes.

In its other major announcement today, GE said it would work with Qualcomm to put technology inside its commercial lighting for retail customers. The technology uses the camera inside your cellphone and specialized “signatures” put out from GE’s LEDs that allow the phone to triangulate a customer’s position in the store. Before this happens the customer has to opt into the program and download an app.

The technology lets the retailer know the location of shoppers inside the store within a few centimeters and then sends messages to them based on their location. For example, a store could send a shopper a coupon for mouthwash at the moment they walk next to it on the shelf. Stores might use the technology for understanding traffic patterns, inventory, and anticipating when to staff up their check out lanes.

The partnership between GE and Qualcomm is a natural one because lights are a good place for devices that are trying to track people and gather information about what they do and where they go inside stores. Lights have a source of power, which means staff won’t have to change batteries often, and they are out of reach of customers who might try to move the any sensing devices around to mess with the store owner. GE is clear that the technology is not a beacon, a device that uses a Bluetooth radio to communicate with a person’s smartphone. Instead the technology is part of the LED light, and is called the visible light communications device or VLC, according Jeff Bisberg, a global general manager for indoor location at GE Lighting.

Whatever he calls it, knowing where people are in very granular detail is a space that’s heating up. Swirl, a company that provides beacons raised $18 million from Softbank and Twitter Ventures two weeks ago. So it’s clear that with the Qualcomm and Apple partnership, GE recognizes the threats that upstarts are bringing to its business, and it won’t take them lying down.