Warby Parker gets its unicorn horn 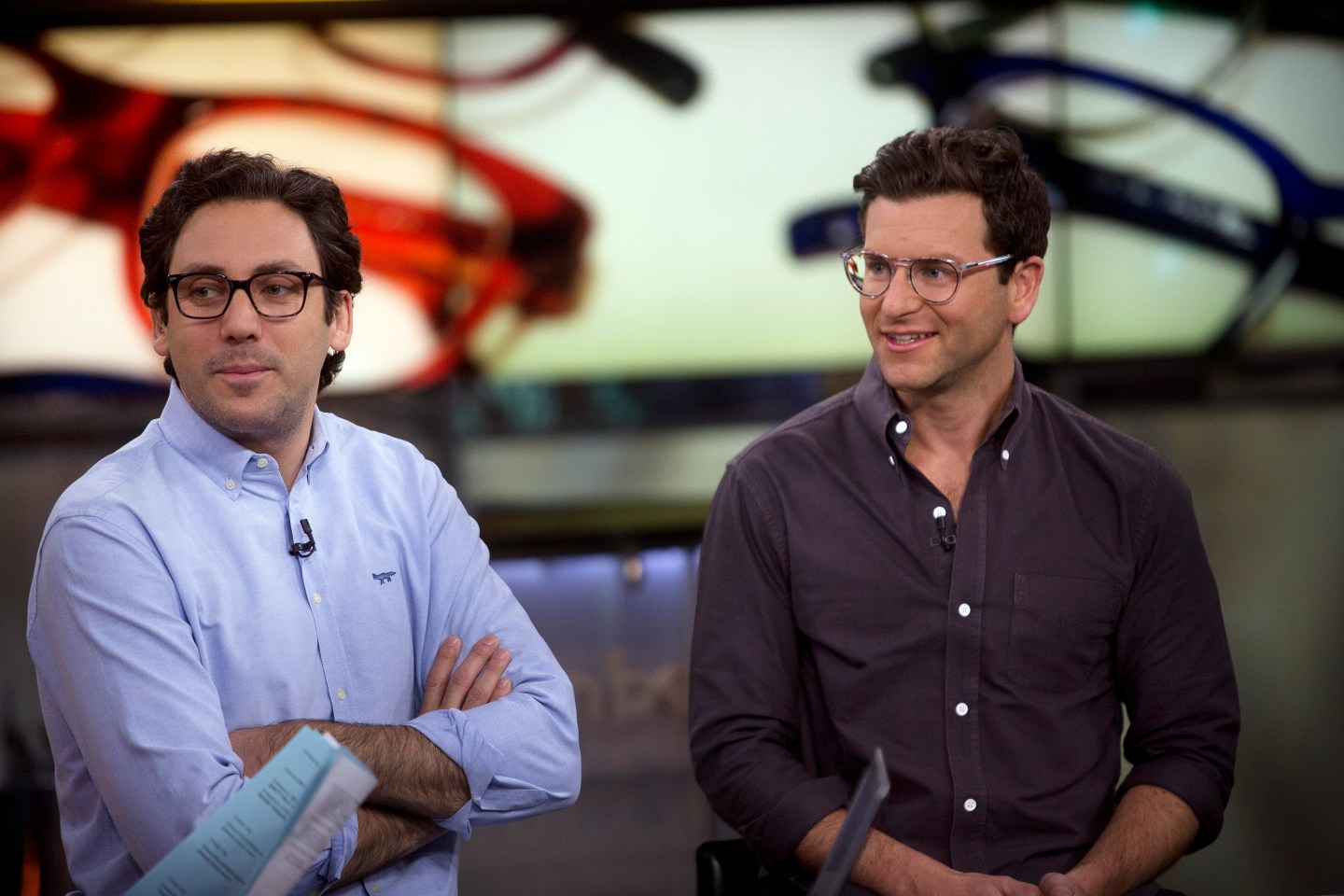 Add hip eyewear startup Warby Parker to Fortune’s Unicorn List: the company has raised a new funding round of $100 million that pushes its valuation over the $1 billion mark.

The new valuation of $1.2 billion, first reported by the Wall Street Journal, comes after a round led by T. Rowe Price, the publicly traded money management firm that had revenues of nearly $4 billion last year. T. Rowe Price has invested recently in other notable tech “unicorns” including Flipkart and Lookout. The founders of those two companies—Sachin and Binny Bansal and John Hering, respectively—have all landed on Fortune‘s 40 Under 40 list in the past few years.

We named David Gilboa and Neil Blumenthal, the Warby Parker founders, “Ones to Watch” in 2012.

Warby Parker launched in 2010, selling designer eyeglasses for under $100, with a “one for one” model that the founders said was directly influenced by Toms and its founder, Blake Mycoskie. Toms began in shoes but soon launched additional product lines with the same one-for-one model, including eyeglasses and sunglasses—which makes it a Warby competitor. (In an interview with Fortune last year, Mycoskie said that the Warby founders reached out to him for guidance before they launched, but because Toms was already planning its eyewear line, he couldn’t respond or help them.)

Like a handful of other businesses that began with a web-only model but have since opened brick-and-mortar shops—dress rental site Rent the Runway, for example, or pants retailer Bonobos—Warby eventually began opening up store locations (its flagship location is in Manhattan’s SoHo neighborhood) and now has 12 of them in the U.S., with plans to open eight more this year.

Blumenthal and Gilboa have described their company to Fortune as more than a consumer brand. Blumenthal said he believes that investors look at the company “through the lenses” of social enterprise and e-commerce company, as well. “What they’re finding,” he said, “is our metrics and performance is best in class in each category.”

Achieving a billion-dollar valuation after five years puts Warby Parker at about the average compared to young companies that reached the milestone very rapidly, like one-year-old Slack and three-year-old Tinder, and others that took longer to get there, like Shazam, which has been around since 2002, and Quickr, founded in 2008.

Warby Parker still is not profitable, but says that its sales are growing each year.