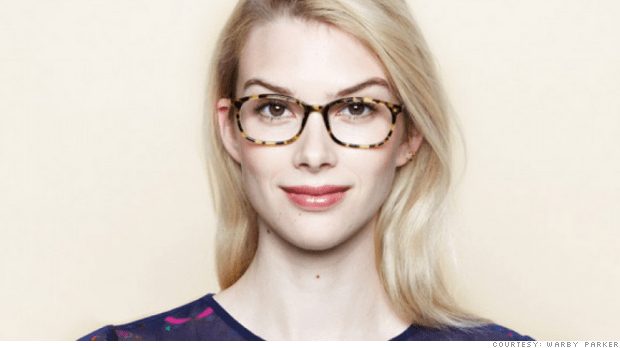 Warby Parker has raised $60 million in its latest round of venture capital funding, led by its biggest investor, Tiger Global Management. The amount tops the $55 million that the trendy eyewear maker scored in its three previous rounds combined.

Blumenthal and his co-CEO Dave Gilboa told Fortune that potential new investors had expressed a great deal of interest in the last few months, but the two felt the timing wasn’t right for a new series of financing. Then, two weeks ago, Tiger Global partner Lee Fixel — who also sits on the Warby board — offered to lead a round himself. It would be quick, easy, and allow Warby’s chief executives to focus on the business and avoid the distractions of fundraising.

The latest round is opportunistic. The co-CEOs, who are also co-founders, say they have plenty of cash in the bank. “We wanted to bulletproof our balance sheet,” Gilboa says. Blumenthal and Gilboa declined to discuss Warby Parker’s valuation.

The company plans to use the funding to buttress its investments in technology, including doubling the size of its tech team, retail, and customer service. “Some companies look at customer experience as a cost center that should be minimized and outsourced, whereas we’ve always hired super-talented, dynamic people,” Blumenthal says. He adds that 96% of customer calls are answered in 15 seconds or less.

Fortune’s Dan Primack wrote during Warby’s last round of funding that the company’s investor interest is “a large score by most any VC standard, and massive for a maker of consumer goods.”

But Blumenthal says that Warby Parker isn’t just a consumer brand. It’s an Internet company, a social enterprise, and a lifestyle brand. “When I think investors are looking at us, they’re looking through those lenses,” he says. “What they’re finding is our metrics and performance is best in class in each category.” Blumenthal and Gilboa say Warby has more than doubled its sales every year since its founding in 2010, has strong gross margins, and that its sales per square foot in its four retail stores compares with best-in-class retailers like Michael Kors (KORS) and Tiffany & Co. (TIF)

Warby Parker has made a business out of removing the middleman from the production process. It goes directly to factories in China and Italy to manufacture its eyewear. The company started out selling its glasses exclusively over the web, but earlier this year it opened its first brick-and-mortar location in the chic SoHo neighborhood of New York City.

The company solidified its retail cachet in September with the announcement that J.Crew head honcho Mickey Drexler would join Warby’s board.

While Blumenthal and Gilboa say that there is potential to bring their model to other products and expand into new categories, for now they are concentrating on the $65 billion global eyewear market. “We’re focused on the blocking and tackling ahead of us while continuing to innovate on the customer service side,” Gilboa says. But a healthy balance sheet means the company can take those big bets on its future, he adds.

Is a sale or IPO in the company’s future? The co-executives demurred. “We don’t really spend much time thinking about an exit,” Gilboa says.