This Microsoft website will detect people’s age in photos 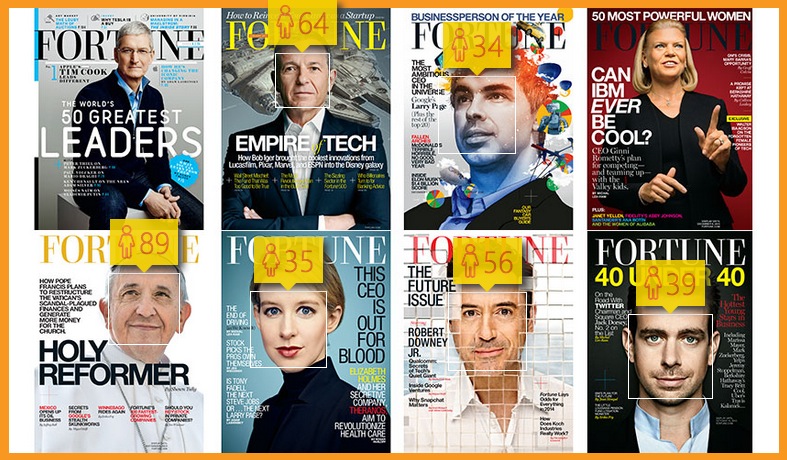 If you ever wondered if you look your age in photos, or how old that one aunt in your family really is, there’s now a website for that, thanks to none other than…Microsoft?

It’s true. The technology company (MSFT) recently released a tool for facial recognition, and one of its internal teams decided to have fun by using it to build a website that predicts people’s age in photos. It’s aptly named “how-old.net.”

Sure, it’s fun to guess the ages of your friends and family, but we at Fortune wondered—could Microsoft’s technology detect the ages of the industry titans we feature on the cover of our magazine? Could the tool accurately determine the age of Disney CEO Bob Iger? Pope Francis? Theranos founder Elizabeth Holmes?

You can see the results in the image above. (The tool stumbled on Apple CEO Tim Cook and IBM CEO Ginni Rometty.)

All fun aside, the website is actually a great example of how powerful so-called machine learning technology can be. The tool is really a collection of advanced algorithms paired with application program interfaces, or APIs, which allow those smarts to be used in different ways and applications, such as the website in question. As more data are fed into computer-generated models, they “learn” and become more accurate.

Microsoft’s tool is not novel, of course—Facebook (FB) used a similar approach to recognize and tag people in photos, and Google (GOOG) does the same in its Image Search, among other places. But the API aspect makes those capabilities accessible to third-party software developers who in turn unleash them on a world of possible new applications, from criminal investigations to family history. Or, in the case of the corporate world, marketing messages, inventory estimates, and equipment maintenance.