Humblebrag: I had to wait until April 23 to get my Apple Watch 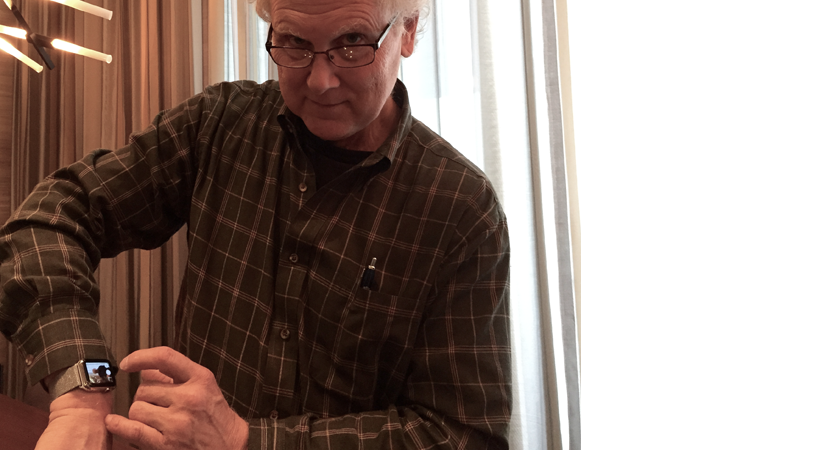 The folks from Apple did their best. But it was hard to feel special yesterday when, with great ceremony, the day before deliveries were scheduled to begin, they handed me an Apple Watch.

I am not Beyoncé, Anna Wintour or even John Gruber. But there I was, in the mezzanine of a Manhattan hotel, at the tail end of one of the longest and strangest product roll-outs in Apple history.

The hand-off, like nearly all interactions with Apple, was off the record. But the rough outlines have already been reported:

It was over in an hour. I was on my way home, wrist adorned with a 42 mm stainless steel Apple Watch with Milanese band, $699 retail. Mine is a 90-day loan. Beyoncé’s, I suspect, was a gift.

I haven’t worn the thing long enough to give it a proper review — as if the world needed another one, from me, two weeks late.

Nonetheless I have to report that although I will probably come to love it, our first date was less than smooth.

For starters, I’m wearing it wrong. I’m left handed and I’ve always worn watches face down on my right. Apple has no problem with lefties, but it advises against face down. Strongly. The software that counts the pulse, the algorithms that “magically” turn the watch face on and off, all that would have to be re-calibrated. Not going to happen. Not this time around.

Apple’s built-in apps worked well, for the most part (more on that later), but the third-party apps on my iPhone were nothing but trouble. They made the initial syncing tedious and too many — I won’t name names — failed to add value, moved like molasses or never got started.

Worst of all, the first time I tried to text a special friend, my wearable suffered what looked like minor stroke. It recovered gracefully, but I was frustrated and Apple was flummoxed. The product marketing guy couldn’t fix it on the spot. He borrowed the offending contact card and promised to investigate. (See update.)

But the problem haunted me. I kept thinking about it — trying various workarounds, worrying it like a loose tooth — for the rest of the train ride.

My watch is facing the wrong way. My third-party apps disappoint. And messaging — one of the tentpole features of Apple’s most intimate device — has let me down.

We’re not off to a good start.

UPDATE: My messaging problem cleared up overnight. Thank you Apple.