Who made your clothes? A ‘Slow Fashion’ revolution rises 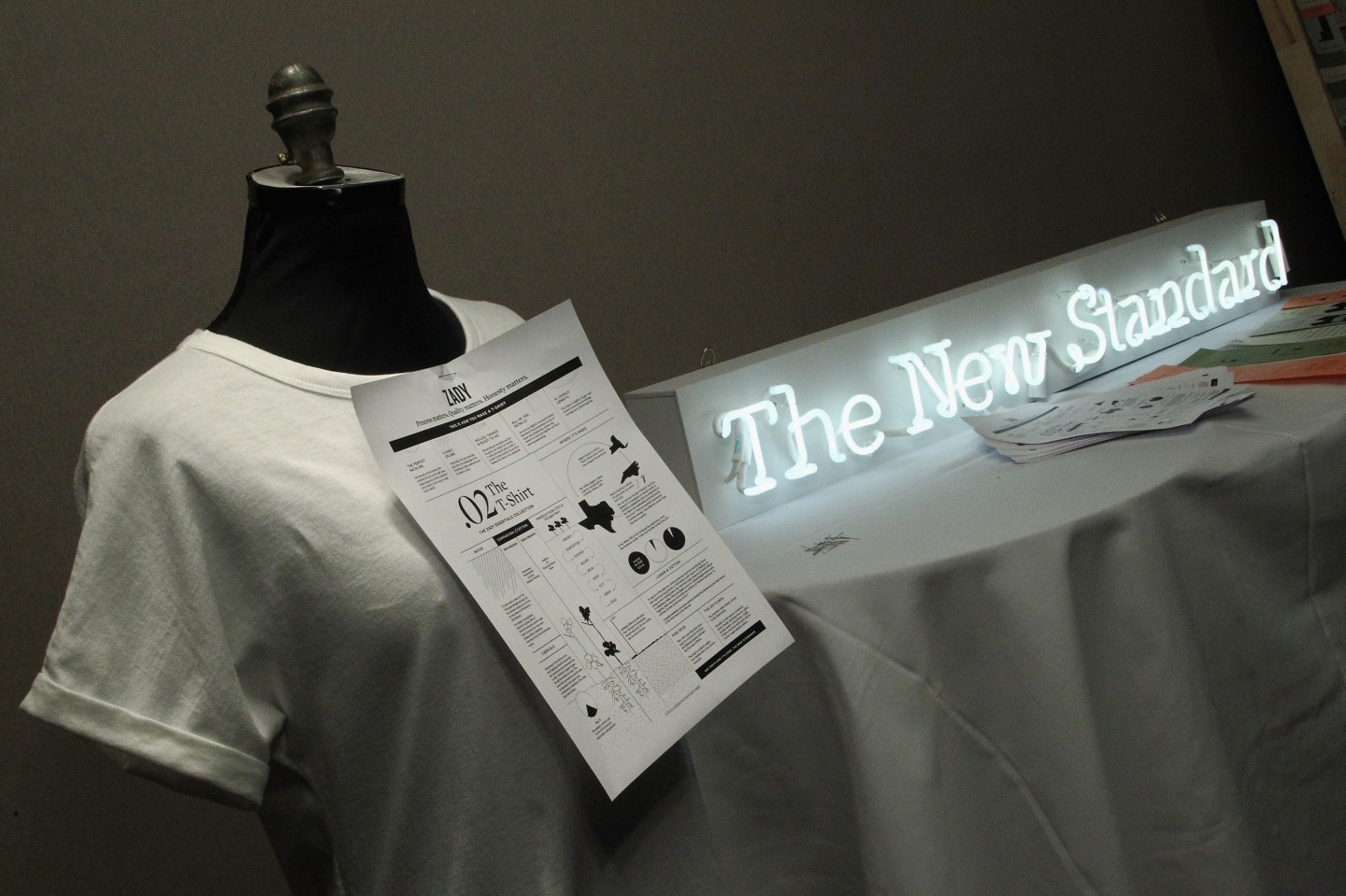 attends An Evening of Slow Living in honor of Fashion Revolution Day hosted by Zady and FIT on April 21, 2015 in New York City.
Photograph by Astrid Stawiarz — Getty Images

On April 24, 2013, a garment factory collapsed at Rana Plaza in Bangladesh. The incident led to the death of 1,129 workers — a tragedy that revealed the ugly truth behind the clothes on almost everyone’s backs: it’s very likely they were made in sweatshops like this.

Not enough has changed in the two years since that incident, according to a Human Rights Watch report released Wednesday titled “Whoever Raises their Head Suffers the Most.”

The demand for an ever-replenishing supply of cheap “fast fashion” has been a race to the bottom, in which factories outsource to the lowest bidders, resulting in human rights violations for the workers and unregulated pollution of the environment. In fact, fashion is the second-highest polluting industry behind oil. But it isn’t just the lowest-end clothing: companies such as H&M, Victoria’s Secret, Nike (NKE), The Gap (GPS) and Marks & Spencer have had scandals involving working conditions in these shadow factories.

Commemorating that catalyzing event in Bangladesh is today’s second annual Fashion Revolution Day, which aims to generate awareness for the Slow Fashion movement. The movement calls for accountability through all steps in the clothes-making process — it’s the fashion world’s answer to the Slow Food movement.

Participants are encouraged to take a selfie wearing an item of clothing inside out, and share it on social media using the hashtags #fashrev and #whomademyclothes. The organizers of Fashion Revolution Day reported 71 countries officially participating this year, up from last year’s 60.

Some of the bigger names addressing the issues at stake are Patagonia and Eileen Fisher, the latter whom recently pledged to achieve 100% sustainability for her eponymous fashion line by 2020.

Another key proponent is the e-commerce company Zady. It is focused on ethical consumerism, and launched its own T-shirt this week. The .02 shirt is made entirely of high quality raw materials in the U.S. from reputable sources, and sells for $36.

The reasons for change are compelling, but there are challenges, and they’re not dissimilar to the ones the Slow Food movement faces. At an event Tuesday evening at the Fashion Institute of Technology discussing her company’s efforts with sustainable and Fair Trade textiles and other measures, Fisher acknowledged that an advertising campaign telling the story of their organic clothes flopped. A package of green content on the Eileen Fisher website showed a much higher bounce rate than the daily average. That is, the numbers showed that visitors to the website read about sustainability, then they didn’t stick around to buy anything. That possible consumer perception that simply buying nothing might be an answer, or reluctance to change consumption habits, in addition to the often-prohibitive cost of buying high quality, well-made clothing, are hurdles the movement and a changing fashion industry face.

The solution seems to be equating “junk fashion” as something uncool and unhealthy akin to junk food in the minds of consumers, and turn the emphasis to quality over quantity.

Maxine Bédat, co-founder of Zady, says, “When you go to make a purchase, take a look at the product and ask yourself: ‘am I being cheated?’ If a product from a fast fashion chain is falling apart before you’ve even bought it, it’s not a deal. It’s the fast fashion company trying to get you to buy something that is quick on trend but slow on quality.”

Bédat reports that at Zady, “We get down to the farm to help answer what makes something feel good and we work our way through the supply chain to create a product that will continue to be the go-to for seasons to come. Call it cost-per-wear, call it value, however you label it, it makes it easier to get dressed and feel great about what you’re wearing.”
[fortune-brightcove videoid=4007832313001]