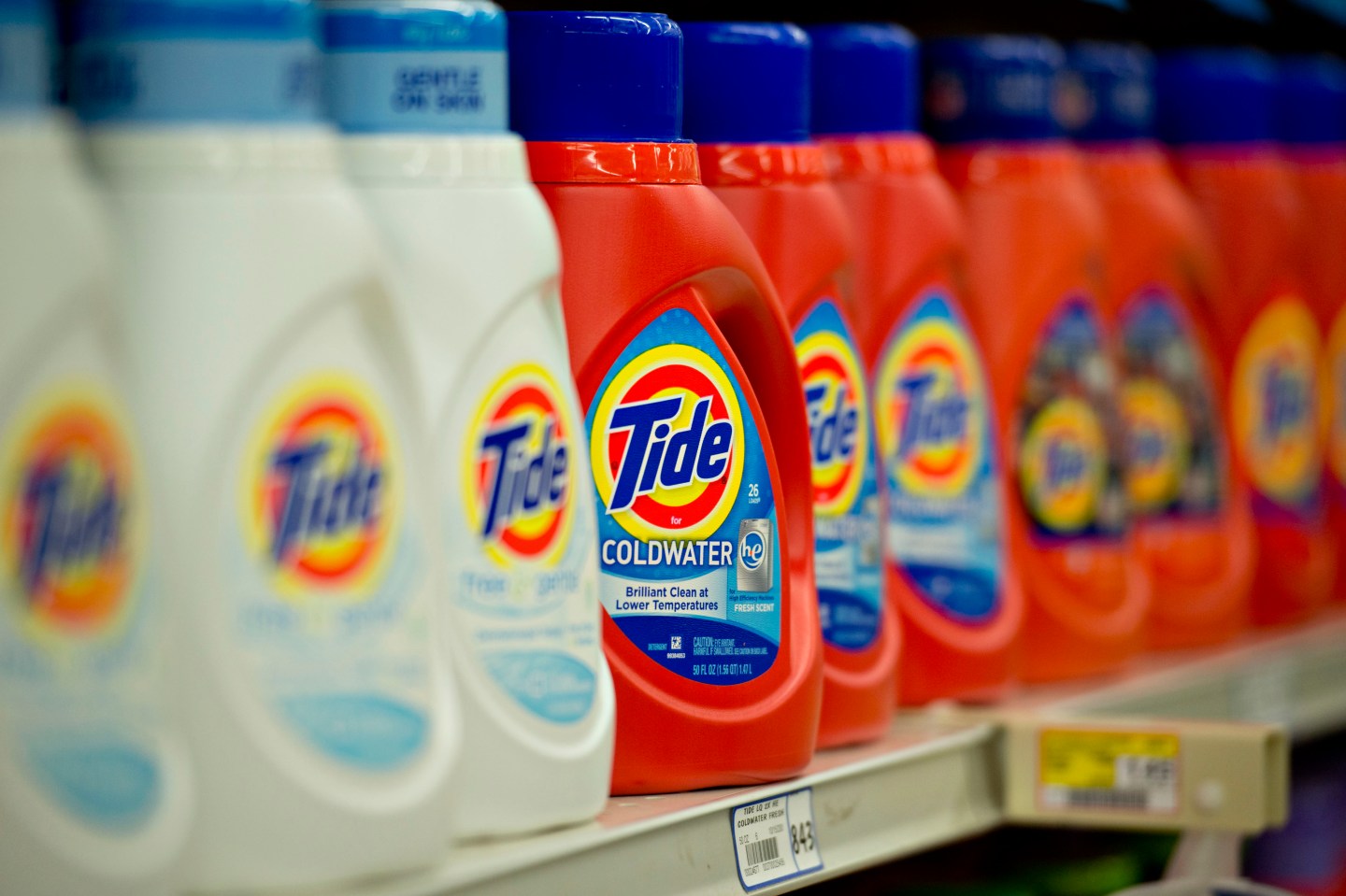 Procter & Gamble (PG) reported a 17% drop in quarterly profit, as the consumer-products giant was again stung by a stronger U.S. dollar, resulting in lower sales across all major categories. Here are the most important points from the fiscal third quarter earnings report.

What you need to know: A stronger U.S. dollar versus foreign currencies has badly bruised results from companies with vast international operations, so it wasn’t a surprise to see such weak sales numbers from P&G. It was the second quarter in a row that currencies hurt the company’s sales and profit, although the problem seems to have intensified. The currency woes dragged down sales by eight percentage points in the third quarter versus five percentage points in the second quarter.

The big number: The maker of Tide detergent, Pampers diapers and Gillette razors reported net sales slipped 8% to $18.1 billion in the January-March quarter. Organic sales, which exclude currency swings and P&G’s recent divestitures, actually rose by 1% as sales grew or were at least even to last year’s level in four of five reporting segments. Higher prices broadly helped results. Core earnings slipped to 92 cents a share from $1 last year, though the bottom line would have increased by 10% excluding the stronger dollar.

Among the major segments P&G reports, grooming and health care reported the best results, helped by higher prices for blades and razors and in oral and personal health care. The worst performing sector was beauty, hair and personal care, which reported sales declines for the prestige fragrance and mass skin care categories.

What you might have missed: The company maintained many of its full-year targets, including organic sales and core earnings results. But P&G can’t hide the fact that the stronger dollar is problematic. Net sales are now expected to drop 5% to 6%, hurt mostly by currency woes with a small hit from some brand divestitures as P&G looks to streamline its portfolio. In late January, P&G had projected net sales would fall between 3% to 4%, with a currency headwind that was seen as less severe than what P&G projected today.
[fortune-brightcove videoid=4189480055001]