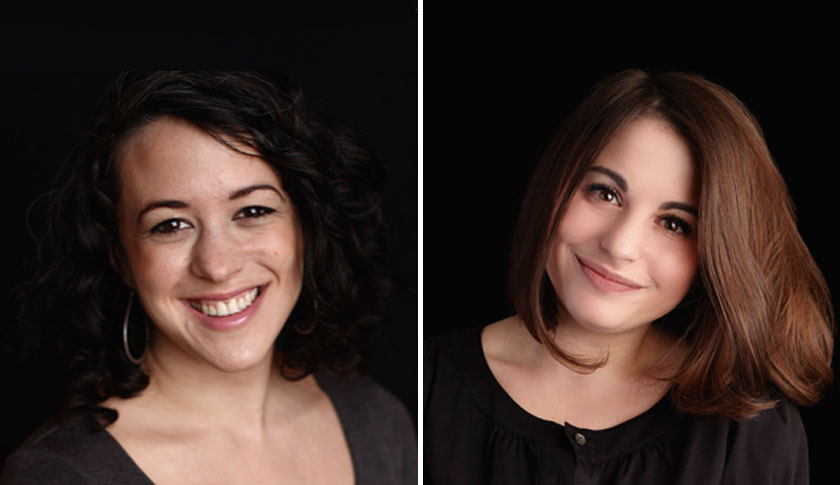 Ask any startup veteran: Mistakes are made. No matter how successful a company ultimately becomes, you can be sure that its early days were peppered with missteps and failures—most minor, but a few likely painful and spectacular.

So, why would anyone want to share those mistakes with the world? That’s the question of the day for Lauren Kay and Emma Tessler, co-founders of Dating Ring, an online matchmaking service. The company is the subject of season two of the podcast Startup, which premieres on Thursday.

Startup devotes each season to chronicling the ups and downs of a single fledgling company. The first season followed the show’s creator, Alex Blumberg, as he attempted to launch his own podcasting company. As far as podcasts go, Blumberg is something of a superstar, with successful runs at both This American Life and NPR’s Planet Money. That didn’t stop him from going off the rails during the show, though. Listeners heard Blumberg stutter through disastrous VC pitches and agonize over whether he was taking the company in the right direction. The tape caught dozens of fraught exchanges between Blumberg and his wife, his partner, his investors and several of his overworked employees.

Kay and Tessler say they expect Dating Ring to get the same warts-and-all treatment. (They are continuing to tape through June and will not hear any of the episodes before they air.) Fundraising—“or trying to”—will be a major theme of the season, says Kay. The company has raised only $355,000 so far, so listeners will also hear frank discussion of how long the founders can continue without an infusion of cash.

What else will we hear this season? A partner leaves the company unexpectedly, say Kay and Tessler. The pair will also discuss the details of their experience at Y Combinator; Dating Ring was part of the incubator’s class of January 2014. They say the Startup staff has interviewed a number of people, including Y Combinator partners and the head of competitor Match.com. And of course, Kay and Tessler don’t know what was said in these interviews. “Maybe it will be cool,” says Kay. “Or maybe it will be more like middle school, when people would talk about you behind your back.”

The pair say that, while they’re “terrified” of what the podcast may expose about the company (or the founders themselves), they didn’t hesitate to sign on when they were selected by the Startup producers. They hope the publicity will boost their user numbers (Dating Ring currently has 3,000 or so active members, about 15% of whom pay the $240 fee for a three-month membership ) and push the company achieve profitability. “We’re really hoping that being on Startup will be the push we need,” says Kay.

This isn’t the company’s first time in the media spotlight. Last year, Kay noticed a striking imbalance in the Dating Ring membership: In New York City, they had far more female clients, while their San Francisco database was dominated by men. So, the company cooked up a stunt: Cross-Country Love, a crowdfunded event where the company flew 16 single female New Yorkers out to the west coast for a long weekend of dates with Silicon Valley bachelors. Not surprisingly, the trip got a lot of press—not all of it positive. Valleywag memorably compared the participants to “comfort women,” the women forced into sex slavery in World War II.

While much of the coverage was biting, Kay says she still sees the Cross-Country Love trip as a success. “It was huge for us, it put us on the map,” she says, adding that in the wake of the publicity, Dating Ring’s user base doubled in size.

“It’s totally nerve-wracking to put your professional and personal life out there,” says Tessler. “But everything is fair game.” The founders say were willing to answer almost any question Startup producers threw their way. Because their startup is a dating company, they say they talked a lot about their dating and sex lives, though Tessler asked that the podcast skip the questions about her boyfriend’s sex life. “That’s the only place I drew the line,” she says.

“Occasionally I didn’t record certain things,” says Kay. “There were a lot of difficult moments when I was really upset.” On the other hand, she says the recordings also captured some great moments. “I had a very emotional conversation with my mom, where she said some of the nicest things she’s ever said,” says Kay. “Now I’ll always have that.”

Fortune plans to follow up with Kay and Tessler once the season is underway. That, says Kay, sounds great, provided “we are able to show our faces in the media again.”