Looking for money for college? Check out this app 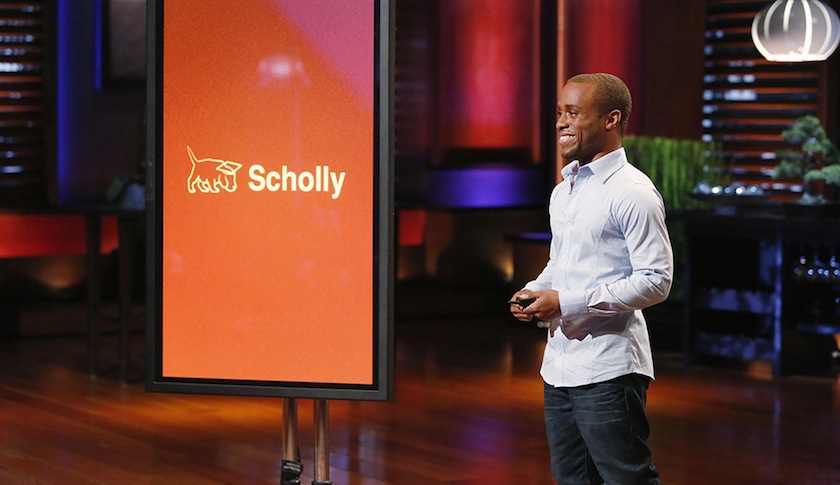 SHARK TANK - "Episode 617" - Interest in a scholarship app created by a student from Philadelphia ignites into the most heated Shark fight ever with three of the Sharks walking out of the Tank! Also, a young couple from Vienna, VA provides micro-loans to those in need from the money raised from backpacks made of traditional fabrics from developing countries. An update from former Navy SEAL Eli Crane and his wife, Jennifer, from Tucson, AZ and their product, Bottle Breacher, a unique bottle opener made of recycled .50 caliber shells, which Kevin O'Leary and Mark Cuban invested in during Season 6, on "Shark Tank," FRIDAY, FEBRUARY 20 (9:00-10:01 p.m., ET) on the ABC Television Network. (ABC/Kelsey McNeal) CHRISTOPHER GRAY (SCHOLLY)
Courtesy of ABC Networks

Six years ago, as a high school junior, Christopher Gray, 22, took one look at the exorbitant cost of college and decided he’d better line up as much scholarship money as he could. The trouble was, finding it was like looking for the proverbial needle in a haystack.

“There was information online, but it was scattered all over, and often outdated. I did a lot of Googling,” he recalls. “I thought there had to be a better way.”

After a search that took about seven months, Gray used scholarships worth a total of $1.4 million, including cash from the Bill and Melinda Gates Foundation, to study finance and entrepreneurship at Drexel University in Philadelphia, and to cover his living expenses during all four years besides. He also spent lots of time showing other students how to find and apply for scholarships.

The experience gave him the idea that there should be an app for that, but Gray lacked the technical expertise to build it. Then he met fellow Drexel student Nick Pirollo, who eventually developed a patented app for matching scholarships with would-be recipients who qualify. Gray, Pirollo, and a third cofounder, Bryson Alef, launched Scholly in May 2013. So far, the startup has helped “several hundred thousand” students get about $15 million in scholarship money, Gray says.

No question, the money is out there. About 40% of American families used scholarship funds to pay for college during the 2012-2013 academic year, according to the latest figures from Sallie Mae, but roughly $100 million in scholarship funds go unclaimed every year.

Scholly’s team deletes obsolete scholarships and adds new ones as they crop up, and there are a total of between 10,000 and 20,000 of them in the database at any given time. The mobile app (priced at 99 cents) and the web version ($2.99) ask students to enter relevant information about themselves, including home state, race, gender, GPA, and major. Then Scholly generates a list of up to 200 scholarships for which the user is qualified to apply.

Ever watch the ABC reality series Shark Tank, where entrepreneurs pitch their start-ups to potential investors? Gray appeared on the show last June, in an episode that aired in February, where he sold 15% of Scholly to panelists Lori Greiner and Daymond John. Gray, who says he graduates from Drexel in “seven weeks and counting,” is now working on deals with cities, states, and businesses across the country willing to foot the bill for providing Scholly to students for free. Earlier this month, the City of Memphis announced it will make the apps available at no charge to about 8,000 high school juniors and seniors in Shelby County, Tenn.