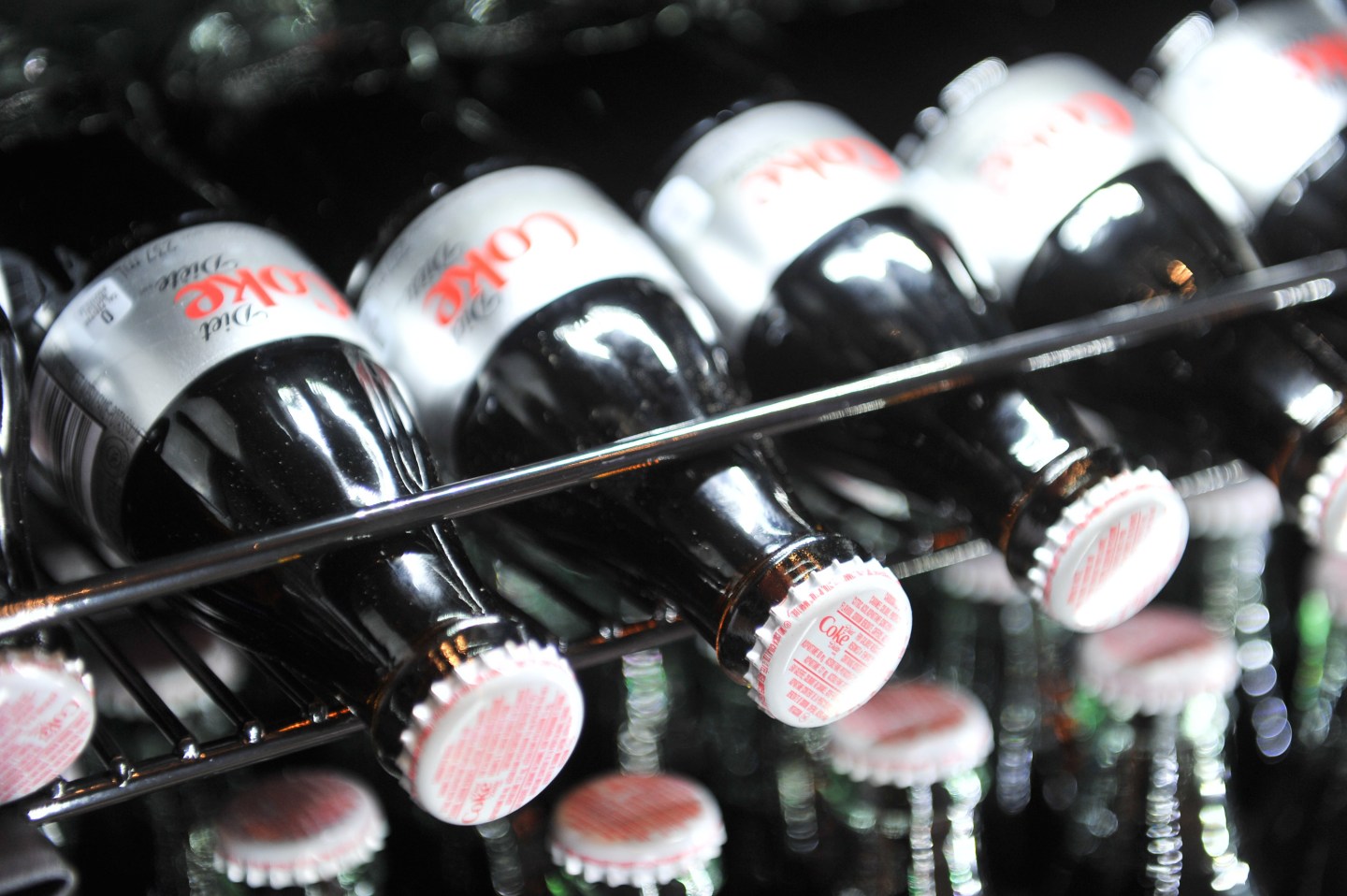 Diet Coke’s sales are still fizzling in the soda aisle.

Diet sodas were once a trendy and popular subcategory within carbonated beverages, as consumers began to favor zero-calorie sodas in a bid to pursue a healthier lifestyle. But consumers have been vexed by reports that too much exposure to aspartame, a sweetener used in Diet Coke, can be harmful. Other studies have suggested that diet sodas actually contribute to weight gain, rather than helping with weight loss.

In its earnings report Wednesday, the beverage giant said Diet Coke’s first-quarter volume slid 6% from a year ago. The poor performance was offset by growth for the namesake Coca-Cola brand, as well as Coke Zero, Sprite, and Fanta. Overall, Coke’s (KO) first-quarter revenue grew 1% to $10.71 billion, the first increase in nine quarters.

“Concerns around artificial sweeteners are really winning the battle in the minds of consumers, whether this is real or perceived,” Grundy said. “And the industry isn’t really fighting back.”

A survey Jefferies conducted last year found that 83% of those that were drinking fewer diet sodas were “absolutely certain” or “fairly certain” that artificial sweeteners were bad for one’s health. Jefferies also found that even those most loyal to the soda category were drinking less of the category’s diet offerings.

Diet Coke’s poor performance was the most problematic trend in Coke’s earnings report on Wednesday. The company reported sales and profit growth that exceeded Wall Street’s expectations. Coke is in the midst of what executives have called a “transition year,” in which the company is aiming to simplify its operations, trim some costs and also invest in its beverage brands to re-ignite growth. By almost all accounts, the company is off to a strong start for 2015.

Diet Coke’s prolonged problems are a big concern. The soda is the nation’s third most popular carbonated beverage, so any weakness could pull down the entire category’s performance.
[fortune-brightcove videoid=4051446630001]

Diet Coke was once a star performer. From 2001 through 2007, Diet Coke’s volume outperformed the broader carbonated beverages category, helping market share expand from 8.7% to 10% over that period of time, according to industry tracker Beverage Digest.

The beverage has now underperformed the category for six consecutive years, and volume has tumbled for eight years straight. Diet Coke, which for several years had surpassed Pepsi in volume, fell to third overall in the market last year. Market share dropped to 8.5% according to Beverage Digest, the lowest level since 1999.

“I would describe Diet Coke still as a work in progress,” said Sandy Douglas, president of Coca-Cola North America. “The team and I, and our whole system, believe that in fact we’ll return Diet Coke to growth in the long term, but recent improvement is still a work in progress.”