This popular burger chain is making a big move 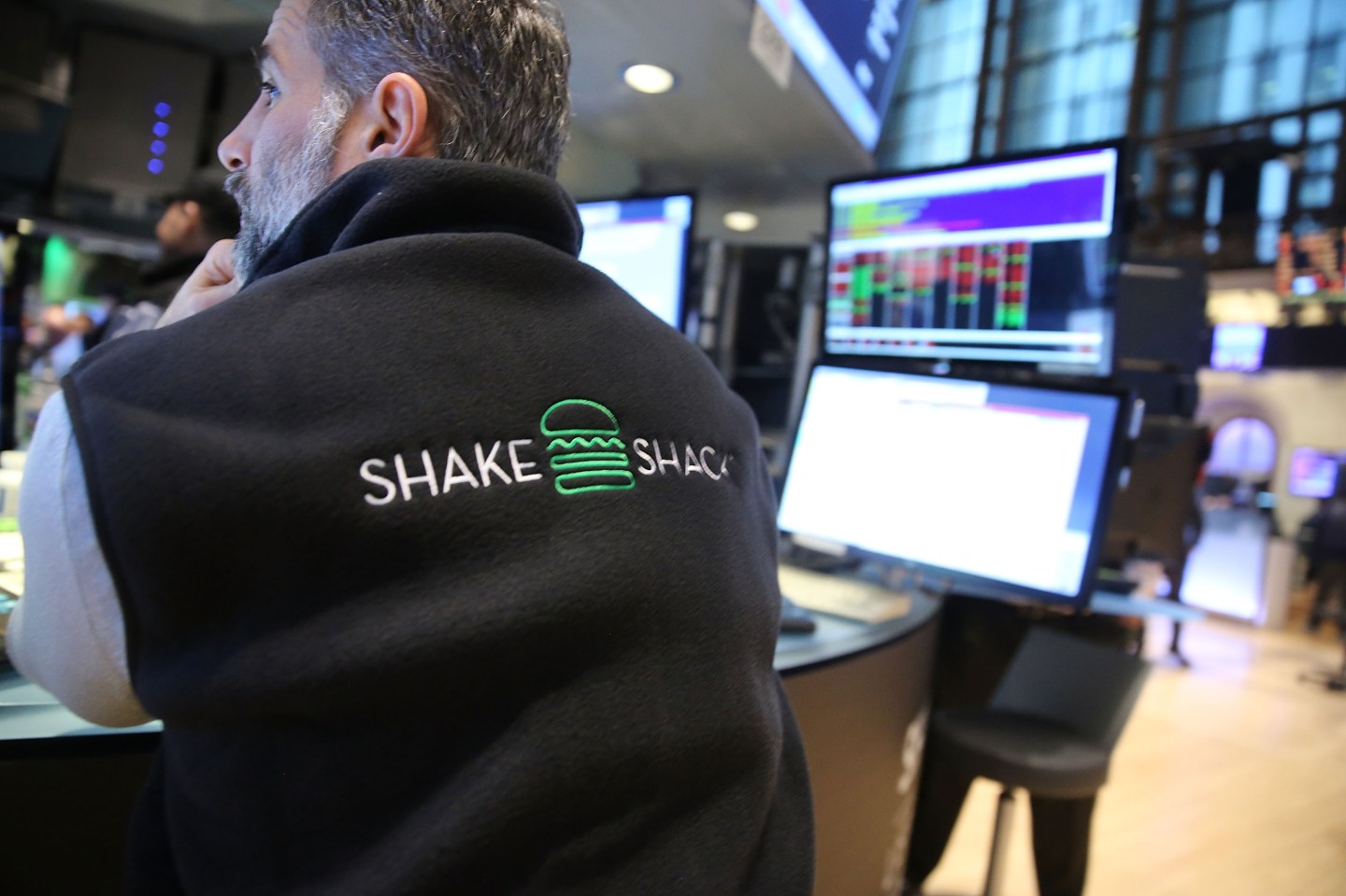 NEW YORK, NY - JANUARY 30: Traders work on the floor of the New York Stock Exchange (NYSE) on January 30, 2015 in New York City. Hamburger chain Shake Shack rose more than 130 percent in its trading debut on the NYSE Friday. Shares for the New York based burger chain opened at $47 and quickly climbed above $52 before dipping back to $48.77 for a 132 percent advance. (Photo by Spencer Platt/Getty Images)
Photograph by Spencer Platt — Getty Images

Shake Shack (SHAK), beloved of hipsters and burger fans alike on the East Coast, is headed to the Golden State.

The high-end fast food chain, founded by chef Danny Meyer, is opening up a location in West Hollywood next year, reports NBC.

This follows the opening of restaurants in Chicago and Las Vegas last year. Shake Shake IPO-ed earlier this year, and it had 31 corporate operated stores and 10 franchises as of the end of last year.

In its first quarterly report since the IPO, Shake Shack had total revenue of $34.8 million and a net loss of 5 cents per share.
[fortune-brightcove videoid=4107919878001]