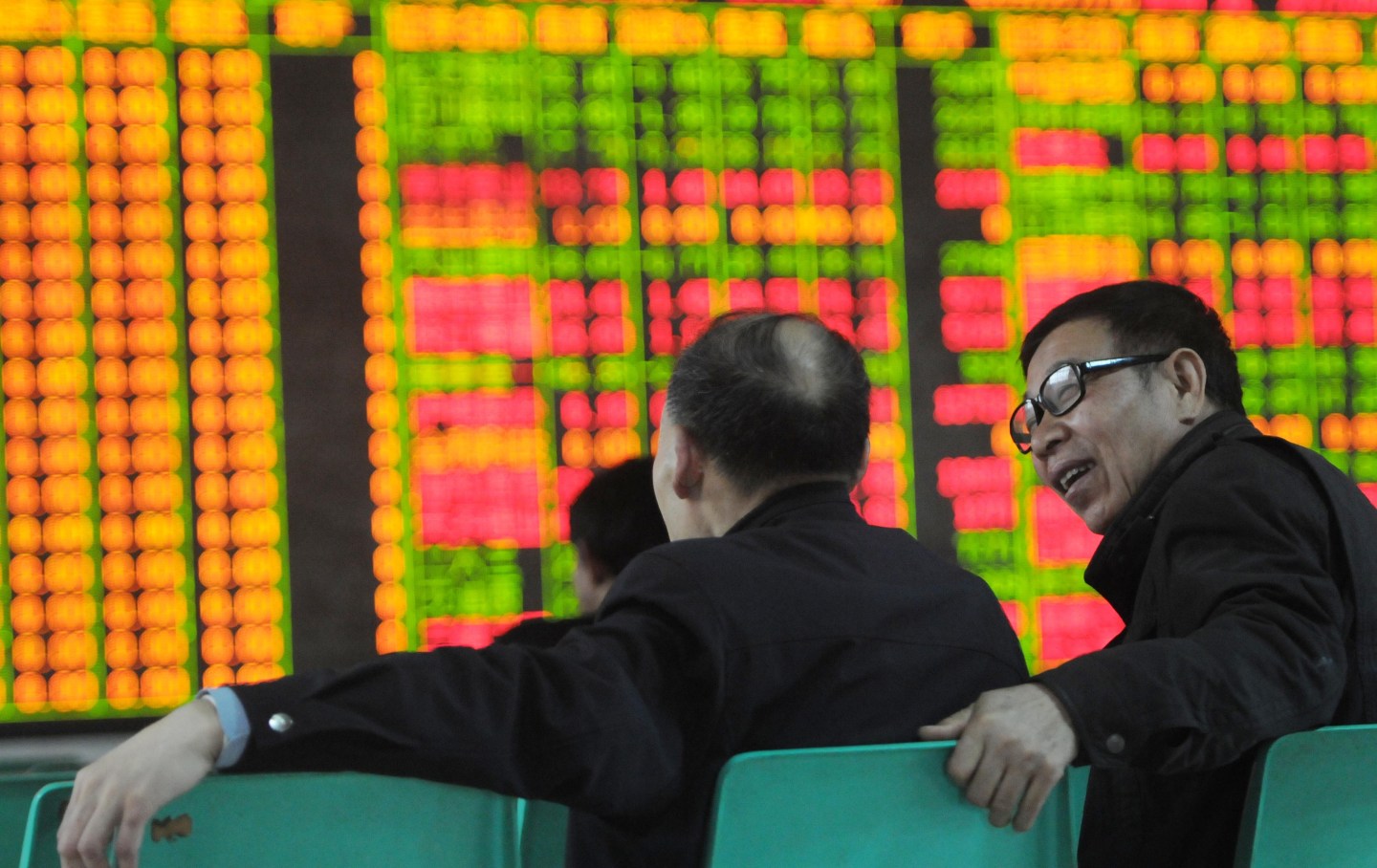 The big reserve cut in China over the weekend—a 1 percentage point reduction in banks’ reserve-requirement ratio, the largest such reduction since 2008—seemed to be about pumping more lending into an economy which struggled through the first quarter to a disappointing 7% GDP growth rate.

But close watchers of China’s stock market had another take: the ratio cut was aimed at stocks and the wealth effect they supposedly create.

China, like the U.S., believes rising markets boost the overall economy. Rising stock markets make people feel rich, driving them to spend more, and spending trickles down to all rungs of society. The phenomenon has been challenged by top economists like Yale’s Robert Shiller, but it remains a government truism in most countries including China, which actually has a lower percentage of shareholders for its population than most people realize after seeing photos of “mom and pop” traders in the newspapers.

Beijing is taking the stock market wealth effect one step further. “It’s a political goal to create wealth effects in both [mainland China and Hong Kong] markets, so that Beijing can utilise the stock market to stimulate innovation and entrepreneurship and channel liquidity to the real economy to hedge economic downside risk,” HSBC analysts led by Roger Xie, equity strategist in Hong Kong, said today.

The timing of the ratio cut supported the view that it was aimed at pumping up stocks. The Sunday announcement came two days after the China Securities Regulatory Commission announced new rules to limit the use of leveraged money for trading and encourage mutual funds to lend more shares to short sellers betting on stock’s fall. The regulator wants to cool a red-hot market that is up 80% over the past six months. That Friday announcement sent stock futures plummeting by more than 5%. But China’s central bank came right back two days later with the cut.

The reserve ratio cut may inject more than $200 billion in new liquidity into China’s markets. Lending should rise and short-term interest rates should fall, helping local governments restructure debt, notes Gavekal. And if the central bank gets its way, stocks will rise.

Despite Shanghai’s run-up this year, regular people all over Beijing are still talking about getting in.

On cue, Shanghai stocks jumped nearly 2% in Monday after the news before ending the day, probably to policy makers’ disappointment, in the red.