The Moto E a great low-budget option for smartphone buyers 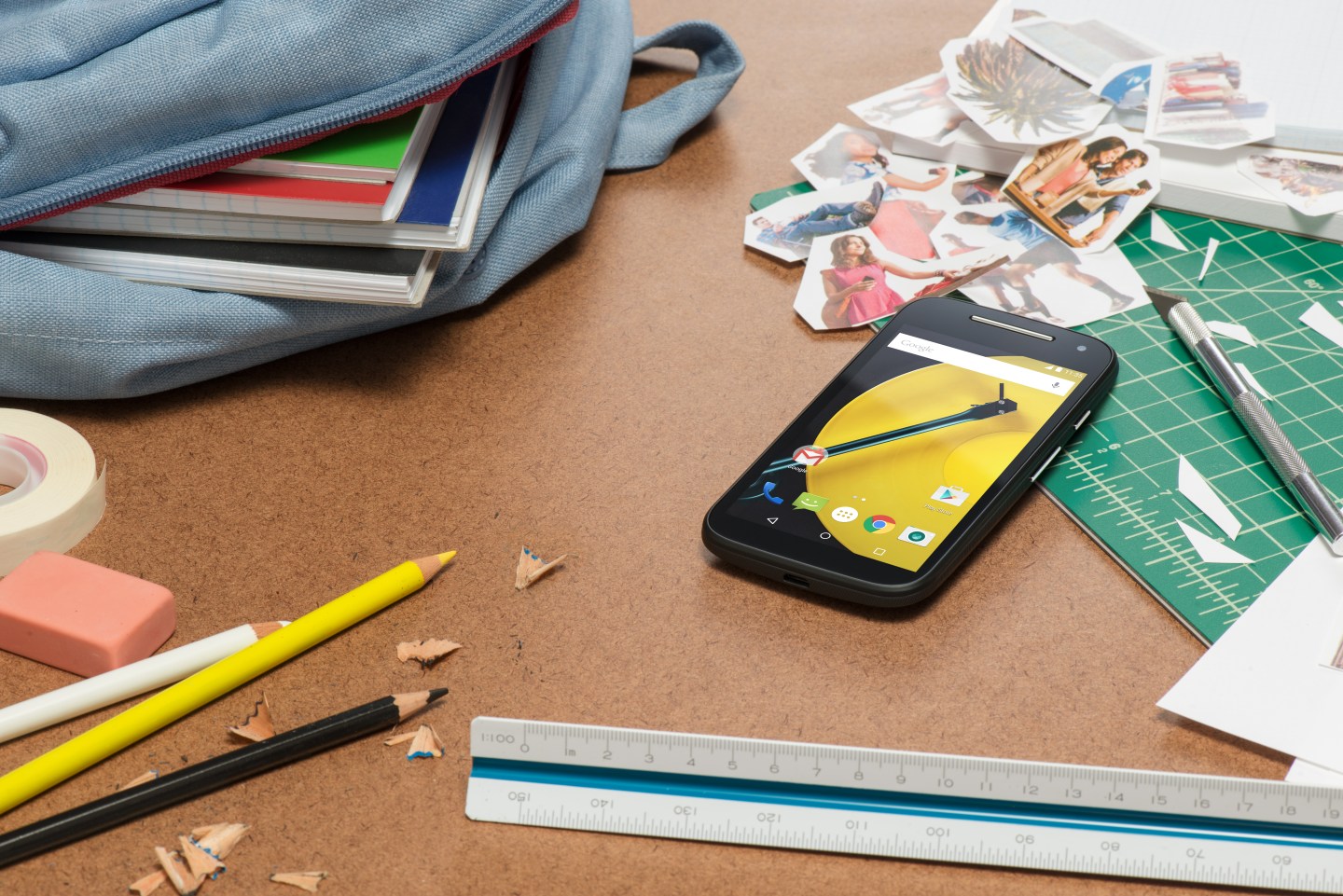 Not too long ago you couldn’t go anywhere without seeing the Motorola Razr’s shiny aluminum phone pressed against someone’s ear or its illuminated keypad being pecked at as someone sent a text message.

The Razr’s svelte footprint was unlike anything the wireless industry had seen before. Then the industry changed and Motorola didn’t. At least, not fast enough. Smartphones replaced the Razr and, despite its efforts with the Droid line, Motorola appeared lost.

Everything the company thought it knew about the mobile business was shattered. Since then, it’s been trying to find its place in the changing industry.

Google purchased the beleaguered company in 2011 for $12.5 billion. A few short years later, Google turned around and sold Motorola to Lenovo for $2.9 billion. Somehow, amid ownership changes, Motorola seems to have once again figured out where it can fit in: the low-end smartphone market.

For the last week, I’ve been testing the second iteration of the Moto E. Just like last year’s model (which I reviewed here), the 2015 Moto E isn’t going to turn any heads or warrant a second look based strictly off its spec sheet.

What the device can offer consumers is a 4G capable device at an off-contract price of $149. For those in markets without access to a 4G network, there’s also a 3G variant available for $119. Either device will work on a GSM carrier in one of the fifty countries where it’s available. In the U.S. you’ll need to be on AT&T or T-Mobile.

The phone’s black or white exterior is customizable with various colored bands or shells, adding a bit of personalization to an otherwise mundane-looking device. The phone’s screen has grown to 4.5 inches and now runs Android Lollipop 5.0, Google’s latest mobile operating system.

Motorola’s approach to customizing the Android phone is to keep the device as close as possible to the original, adding only minimal features. This philosophy contradicts with what competitors HTC and Samsung have done with their proprietary skins, which is often full of specialty add-ons, but an approach that works for the company, especially when it comes to entry-level devices.

However, the performance of the Moto E is a bit slower than I expected. Last year’s model rarely struggled—save for when switching between apps—while the 2015 model is generally sluggish, but still usable.

I suspect this is due, in part, to its large operating system. I’ve experienced the same type of slow performance on varying devices running Android Lollipop. The Android 5.1 update has noticeably improved other phones and I’m hopeful this issue will be resolved when it becomes available for the Moto E.

Battery life on the phone is stellar—lasting a full day of answering emails, text messages and social media on a single charge.

Arguably the weakest selling point of the Moto E is its camera. Photos were either over- or under-exposed, with colors appearing dull. The Moto E has a respectable camera that’s sufficient for capturing daily pictures, but nothing I’d rely on to capture valued family photos or record a vacation.

Designing a budget smartphone for emerging markets and first time smartphone owners isn’t easy. I’d go so far as to say it’s more difficult than designing a flagship device that’s often expected to sell for nearly five times the price of the Moto E, yet Motorola keeps producing devices that both hit the right price point and offer an adequate user experience.

It seems Motorola has once again found its place in the mobile world.