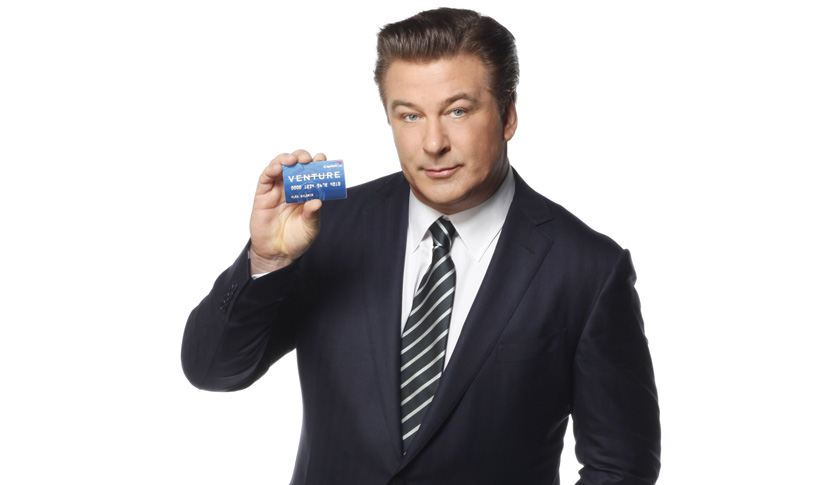 Emmy Award-Winning Actor Alec Baldwin has teamed up with Capital One for the "Match My Miles Challenge," an unprecedented promotion which gives consumers who open a Capital One Venture Card the opportunity to match up to 100,000 miles they currently have in an airline credit card rewards program.
Courtesy of Capital One Financial Corporation

Some celebrity product endorsements are such natural fits that we have a hard time envisioning the product without the celebrity’s face smiling next to it. Think of Michael Jordan and Nike (NKE), or Brooke Shields and Calvin Klein. Or Fabio and I Can’t Believe It’s Not Butter.

Then there are other celebrity endorsements, which attract consumer rage like a moth to a flame. The reasons vary – bad taste, tone-deaf celebrity choice or an erupting scandal. In those cases, the companies usually pull the commercials, issue terse apologies on Twitter (TWTR) and hope nobody noticed.

Well, at Fortune, we noticed. So join us as we take a look at some good celebrity endorsements that went bad.

Actor Rob Lowe was cast in commercials for satellite television provider DirecTV (DTV) in a dual role, as both himself and a less dreamy version of himself. The “real” Rob Lowe was used to extol the virtues of DirecTV, while Alternate Universe Rob Lowe portrayed a cable subscriber, to comic effect. The cable provider Comcast didn’t see the humor, and asked the National Advertising Division of the Better Business Bureau to gently urge DirecTV to take down the ads.

The commercials also inspired the indignation of the International Paruresis Association, an advocacy group for people who suffer from shy bladders, a condition alluded to by Alternate Universe Rob Lowe, who claims to be unable to do his business with other people around. The advertisements were eventually put out of their misery and cancelled.

Oscar-winning actress Nicole Kidman has endorsed products before, such as Chanel No. 5, but her recent advertising campaign for the United Arab Emirates’ Etihad Airways didn’t go over so well. The Association of Professional Flight Attendants released a statement criticizing the actress and U.N. Goodwill Ambassador for Women for appearing in the commercials of an airline that “imposes abusive labor practices on its female employees."

Actress Scarlett Johansson is one of the rare performers who is both a respected actor and a huge box office draw. Less successful, however, was her relationship with Oxfam International, a humanitarian group for whom she had acted as an ambassador for eight years. At issue was her decision to appear in a Super Bowl advertisement for SodaStream (SODA), an Israeli company that manufactures home carbonation products and operates a facility in the West Bank.

The actress stepped down from her role as ambassador rather than distance herself from the company, which Oxfam opposed on the grounds that it is "opposed to all trade from Israeli settlements, which are illegal under international law."

The actress’ camp released a statement defending her decision to step down.

"SodaStream is a company that is not only committed to the environment but to building a bridge to peace between Israel and Palestine, supporting neighbors working alongside each other, receiving equal pay, equal benefits and equal rights," the statement said.

Sometimes, a celebrity doesn’t even have to be alive for a commercial to cause problems. Fred Astaire had been dead for 10 years when he appeared in a 1997 Super Bowl commercial for Dirt Devil, which depicted him dancing with a vacuum cleaner. His daughter Ava Astaire McKenzie said that in allowing his image to be used in this manner, his widow Robyn Astaire had sold him “to the devil."

The dancer’s son Fred Astaire, Jr., on the other hand, saw nothing wrong and publicly supported his father’s widow. "I'm behind Robyn 100 percent,” he said. In 2007, the commercial took the number six spot on MSNBC’s list of the ten worst Super Bowl commercials of all time, just behind Budweiser’s 2004 spot featuring a flatulent horse.

Alec Baldwin and Capital One Bank

Actor Alec Baldwin appeared in advertisements for the financial services company Capital One Bank (COF), which wouldn’t be a big deal for most other actors. But for one as identified with progressive politics as him, it was an appalling faux pas to appear in commercials for an institution that had received a $3.5 billion bailout.

Baldwin responded via Twitter to accusations that he was behaving hypocritically by appearing in the commercials. “I donated all of my fee from Capital One 2 arts charities,” the tweet said. “They have been gr8 partners in my support of the arts.” Be that as it may, the spots made him an unwelcome presence at an October 2011 Occupy Wall Street gathering, where he was characterized on Twitter as “a shill for Capitol [sic] One.”

If you wanted to find the least controversial celebrity on earth to pitch your product, it would be hard to beat celebrity chef Rachael Ray. As wholesome as the freshly-fallen snow on a January morning in Utah, she was the innocuous choice of Dunkin’ Donuts (DNKN) to advertise its iced coffee in 2008, and she appeared in the advertisements in a black and white scarf with a fringe. Members of the conservative blogosphere, however, thought it was a keffiyeh, a garment worn frequently in Arab countries, and they pitched a fit.

According to The New York Times, Michelle Malkin called the celebrity chef’s garb “jihadi chic,” and the right wing blog Little Green Footballs said that the ads “casually promote the symbol of Palestinian terrorism and the intifada, the keffiyeh, via Rachael Ray.” Dunkin’ Donuts said in a statement that “Rachael Ray is wearing a black-and-white silk scarf with a paisley design... Absolutely no symbolism was intended.” The company then removed the commercial “because the possibility of misperception detracted from its original intention to promote our iced coffee.”