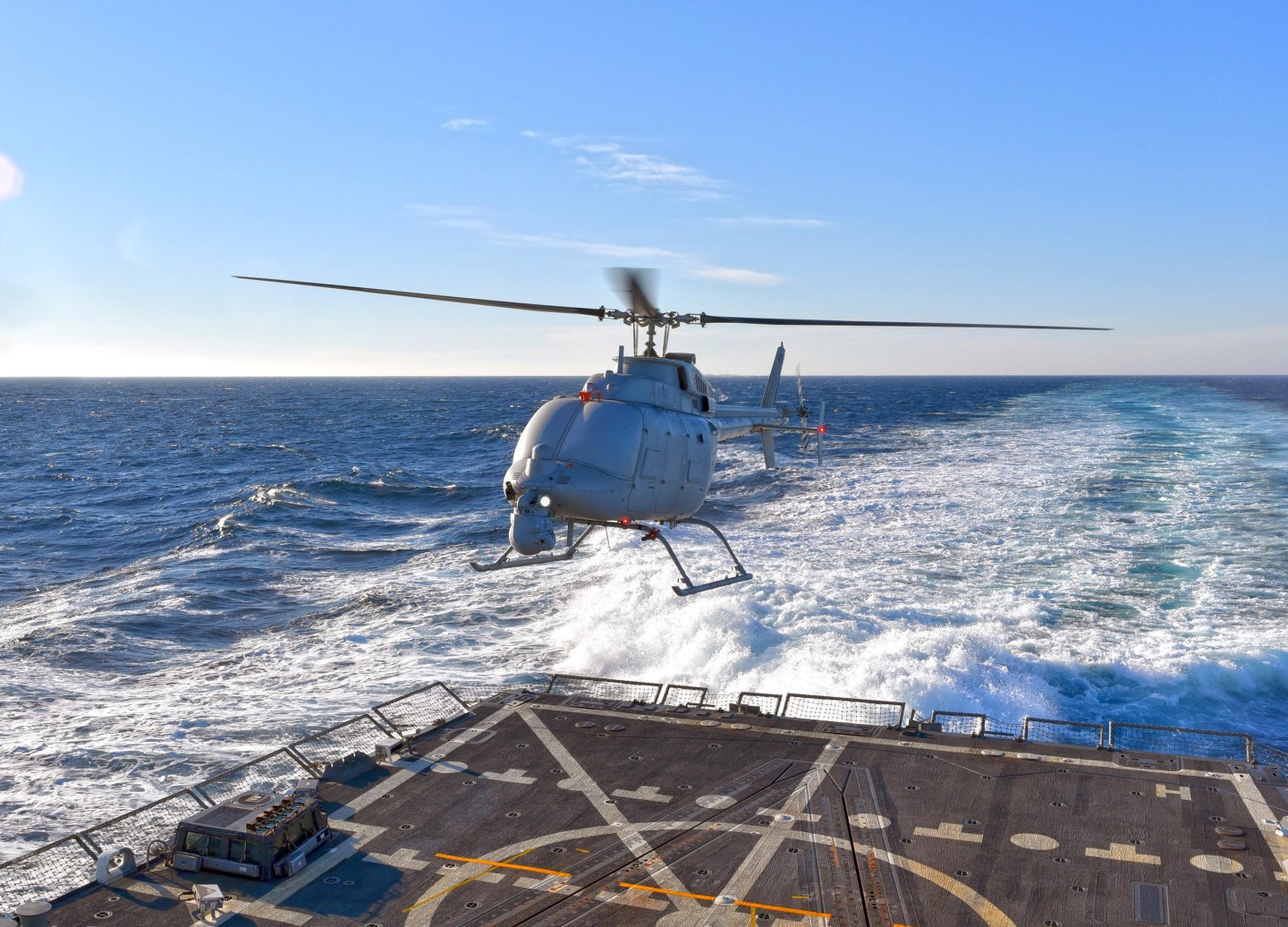 At the biggest maritime technology expo in the U.S., defense contractors quite literally bring out their big guns. BAE Systems is hyping its electromagnetic railgun, a massive naval artillery piece that would use electricity (rather than a controlled explosion) to hurl projectiles at targets more than 100 nautical miles away. General Atomics showed off a high-energy laser cannon. Boeing (BA) displayed nearly every navy-relevant missile and aircraft it makes. Nearly everyone, it seems, brought robots.

But here, at the U.S. Navy’s annual Sea-Air-Space industry confab just outside of Washington D.C., the overall mood among industry is probably best described as apprehensive. Taking the temperature of various representatives from a smattering of major names in defense, one gets a general sense of uncertainty—an unscientific indicator of what the defense industry expects (or doesn’t expect) in the months ahead as both Congress and the Department of Defense make some key decisions on how much money the service branches will receive and how that money will be spent.

“The industry, the DoD—they’re almost holding their breath in terms of budgets, in terms of sequestration,” says Bob Ruszkowski, director of strategy and business development for advanced air dominance and unmanned systems at Lockheed Martin. “The services and the industry have a pretty good picture of the challenges ahead, but also an understanding of where recapitalization is happening.”

Those recapitalization programs include the Joint Light Tactical Vehicle program aimed at replacing the iconic troop-moving Humvee; a future Navy fighter jet that (along with the F-35) would replace its aging F/18 fleet; a program that would replace the current fleet of nuclear-missile packing Ohio class submarines; and the U.S. Air Force’s new $100 billion Long Range Strike Bomber program, which will shape U.S. combat air priorities and programs for decades to come (more on that here). These major procurement programs—collectively worth hundreds of billions of dollars—are all in some degree of limbo all at the same time, touching nearly every major defense prime (and a whole lot of subcontractors).

This broad uncertainty is likely to persist into the summer and perhaps as late as October, when Congress will be forced to deal with the sequestration question one way or another. A decision on the Long Range Strike Bomber is expected this summer as well, likely setting off a tectonic restructuring of the defense-aerospace industry, Ruszkowski says.

But it’s not all anxious waiting at Sea-Air-Space. The unmanned systems space has been and remains quite hot for research and development, even if the Navy’s own blockbuster unmanned aircraft initiative, the Unmanned Carrier Launched Airborne Surveillance and Strike program remains bogged in internal and congressional indecision. While waiting to see how the major procurement programs shake out, defense primes are looking past current platforms to the ones that will augment future naval fleets. That means drone airplanes, drone boats, drone helicopters, drone ship systems—basically robots all around.

“I think the Navy is committed to unmanned systems for a variety of applications,” says Jay McConville, Lockheed Martin’s director of business development for unmanned integrated systems. Pointing across the expo floor to competitor Northrop Grumman’s (NOC) exhibition booth, he adds “Look at Northrop Grumman. They only have three of their products on display, and they’re all unmanned systems.”

That’s a good indicator of where the maritime defense industry thinks Navy priorities are heading, McConville says. Lockheed Martin’s (LMT) own booth showcases a few as well. And while a lot of ink is dedicated to drone applications in the commercial realm these days, the military services are still great customers to have in this space. Google, Amazon, and Facebook may be global technology titans, but they’re still trying to figure out how to best use drones to their advantage. The military branches know exactly what they want from unmanned systems and know how to communicate that to industry.

“The commercial space wants to know what to use these for,” McConnville says, gesturing at one of Lockheed’s own unmanned aircraft models. “But these guys, the Navy—they know exactly what they’re doing.”