Silicon Valley is gunning for your business, now 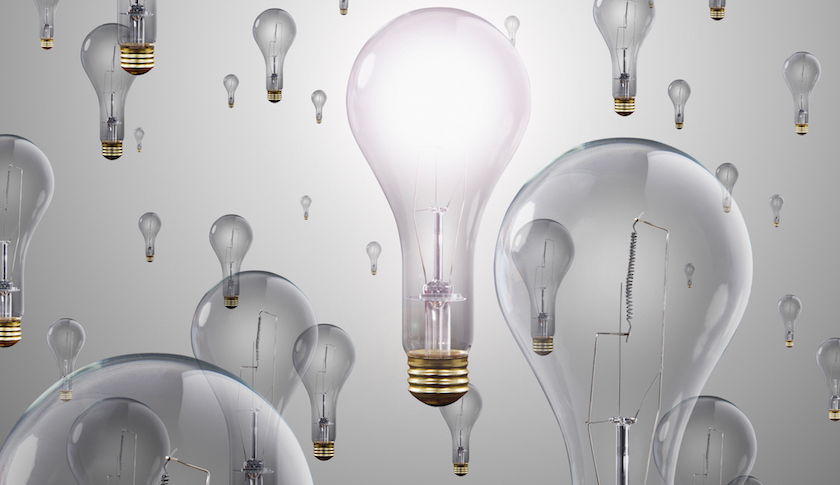 Ah, Silicon Valley—the beating heart of disruptive innovation, home of the so-called Unicorns, those startups worth a billion dollars or more. Famous for its networks, its traffic jams, and its acceptance of failure, Silicon Valley startups are beginning to attract attention in a whole new way, and for a whole new set of reasons.

Companies that once flocked to visit the region as a form of intellectual tourism are now taking those trips a lot more seriously. Digitization, increased connectivity, and the promise of the Internet of Things have well-established companies on the run, and Valley startups seem to be leading the charge.

Established companies now have to cope with the increasing pace of what I call the transient advantage economy, with startups barging into spaces they could never enter before. In this economy, the old rules of strategy have simply stopped working.

We used to accept as given that the most significant competitors to worry about were the other firms doing the same things we did, who were also competing for the same customers. It was Caterpillar vs. Komatsu, Coke vs. Pepsi, Ford vs. General Motors.

That logic no longer holds. Your company’s most significant competitors may very well come from other industries, and they can steal your customers very quickly. For example, startups such as Lending Club and Wealthfront are picking apart the traditional model for bank loans and investing, respectively.

The belief that owning assets is essential to operating a business and provides barriers to entry for competitors is crumbling. Today, access to assets, rather than ownership, is the key.

Amazon’s web services offerings, for instance, mean that companies that never could have dreamed of affording a data center can buy the functional equivalent of one on an as-needed basis. New companies such as Box, Dropbox, and Evernote are using cloud-based infrastructure to offer document storage and sharing capabilities, making an entirely new way of working and collaborating possible.

In academia, there is a well-worn distinction between activities that have to be coordinated by an organization and activities that can take place in an open market. An organization can offer a more effective way of getting work done when there is considerable uncertainty about what might happen; when transaction costs in the open market are high; when players have the temptation to behave opportunistically; and when there is information asymmetry between different trading partners.

Many of today’s best-known startups have used technology to eliminate the benefits of organizing activities under one corporate roof. By providing platforms that connect buyers and sellers, these firms have created markets for transactions that would have been too expensive or simply not feasible in an earlier era. A company such as ServiceNow, for instance, offers to replace many of the functions that would once have been performed for a company by in-house IT personnel with its “platform as a service.”

Alongside the rise of this transient advantage economy, we have seen a massive unbundling of business models, with customers becoming increasingly unwilling to pay for attributes they don’t want once a startup has shown them that they can avoid having to do so. The dilemma is that many traditional business models were based on offering value to a customer via one set of activities while capturing it for the company via another (think TV and commercials, or newspapers and advertising). Give a customer a choice, and they’ll often opt to consume only the experience they value.

Showrooming, the practice of visiting stores to see an actual product but buying it more cheaply online, is one example of this challenge. From a store’s point of view, providing display space and the chance to physically see products is an attribute they invest in to reap the reward of purchases. When that went away, Best Buy, for instance, shifted their customer base and began to charge manufacturers to stock their shelves. Not as good as the profit margins on purchases, but better than nothing.

So, what is an incumbent to do in the face of so much change? First, don’t panic. If you’re a big, established firm, you have all kinds of assets that would make a startup drool. You’ve got people, networks, intellectual property, cash, and revenue streams. The big question is, how do you use those assets to discover the future rather than trying to defend the past? It means learning to be innovative, not just now and again, but routinely, with the goal of finding not just incremental tweaks on your existing business but substantial new sources of growth.

Innovation-driven growth needs to be taken seriously. That means developing a new way of working. Companies must use external resources to develop new products and services, maintain their existing control-oriented rules and procedures in parallel with those suitable for innovation, and they must learn lessons from subsequent successes and failures, quickly, as they venture into brave new areas.

The good news is that we know what needs to be in a company’s toolkit to accomplish these goals: design thinking, a keen understanding of customer needs, the willingness to prototype and experiment, full-time focused teams, and leadership that can distinguish between the practices suitable for today’s core business and those that make sense for tomorrow.