The Roundup problem: Why it’s so hard to pinpoint what causes cancer 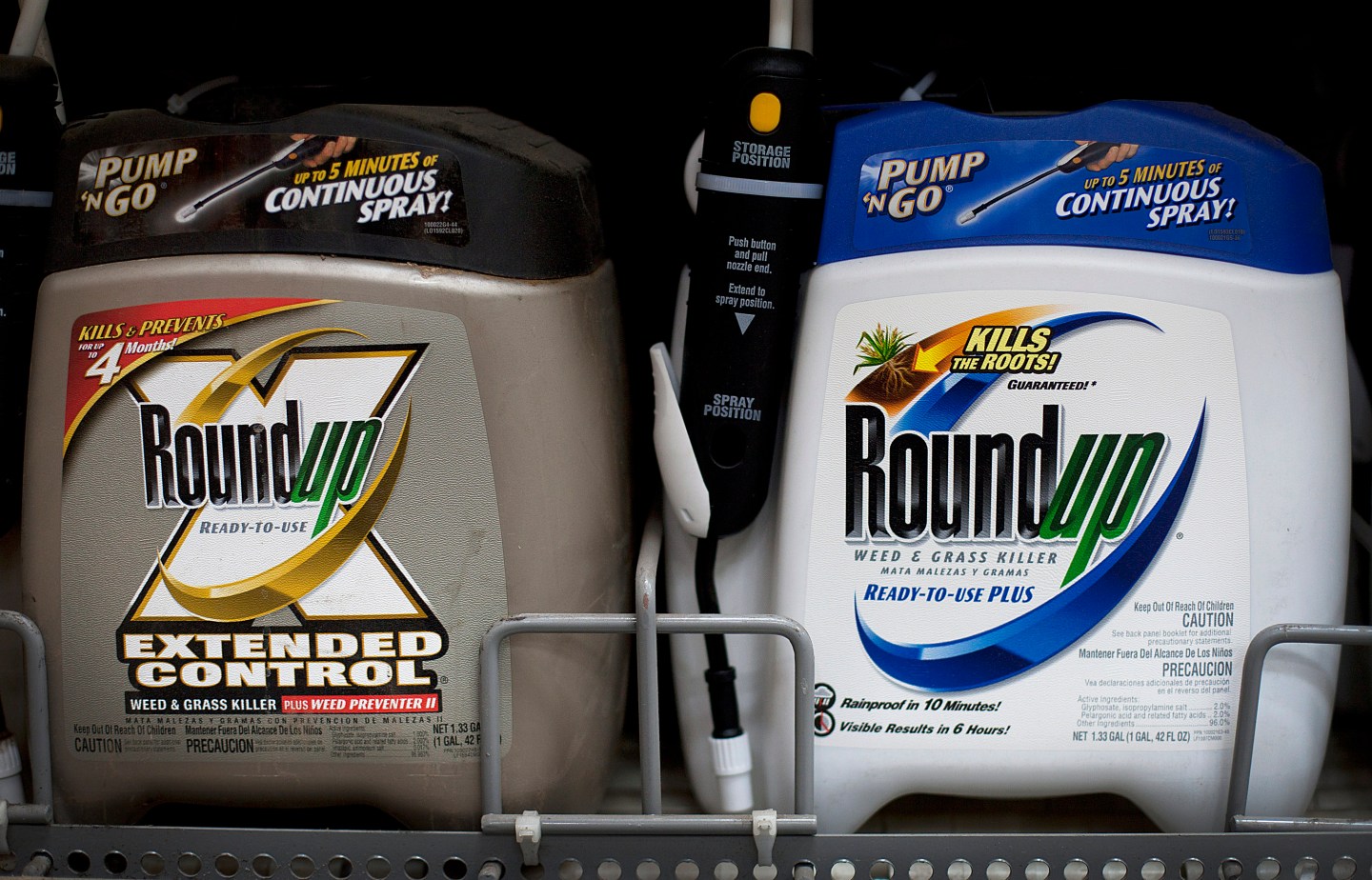 Containers of Roundup, a weed killer by Monsanto Co., are displayed for sale at a Home Depot Inc. store in the Brooklyn borough of New York, U.S., on Friday, Dec. 30, 2011. Monsanto Co., the world's largest seed company, is scheduled to release its first-quarter earnings on Jan. 5. Photographer: Victor J. Blue/Bloomberg via Getty Images
Photograph by Victor J. Blue — Bloomberg via Getty Images

Thirty years ago the Environmental Protection Agency warned that glyphosate–the world’s most widely-used herbicide by volume and the active ingredient in Monsanto’s Roundup–might cause cancer. The EPA never outright banned or limited its use, though, and six years later, in 1991, it reversed that decision and declared it safe based on a lack of “convincing carcinogenicity evidence.”

Today, glyphosate generates nearly $6 billion a year in revenue for Monsanto (MON) and other, generic manufacturers, according to Transparency Market Research. But its potential for harm is back in the spotlight after the International Agency for Research on Cancer, the branch of the World Health Organization that specializes in cancer research, declared in March that it “probably” causes cancer.

This puts glyphosate in the same category as Alar, red dye no. 2 and saccharin — all chemicals that have at one point or another been connected to cancer, but ultimately inconclusively. Some, like red dye no. 2, were banned altogether while others, like saccharin, are still widely used.

IARC’s announcement could present a headache for farmers and manufacturers, alike. Use of glyphosate, which is now available generically, has climbed over the last twenty years due to Monsanto’s Roundup Ready crops, which are genetically engineered to withstand the herbicide. Most corn and soybeans grown in the U.S. come from these genetically protected seeds. The EPA, which has authority to limit the herbicide’s usage, is also currently re-evaluating glyphosate, and said it will consider the IARC’s findings in its own review.

But the controversy also raises a wider question: Why is it so hard to determine whether or not a given chemical is carcinogenic?

Despite what the public might glean from over-simplified headlines, it’s not always easy to derive a direct connection between a chemical and its role in causing cancer. There’s a few reasons for this, but first you need to understand the gold standard for determining carcinogenicity: a controlled clinical study in humans that unequivocally shows an association between exposure to the chemical and the onset of cancer.

“With some chemicals, you have a strong response and others, a weaker,” David Eastmond, a research toxicologist at the University of California, Riverside, told Fortune. “Determining if that is a true effect from the chemical or variation in the population is very difficult to determine.”

To put it in layman’s terms: Individual cancer victims are very different from one another, in ways that make the causes of their cancer very hard to pinpoint. Scientists can’t control for every risk factor when it comes to people. Someone with cancer could get sick from a different disease, or drink more than other study subjects, or may be taking a specific medication — it’s hard to parse out all of the variables to conclusively prove what’s causing what. (Not to mention the moral dilemma of intentionally exposing people to a harmful substance, which is usually not done. Most research into potential carcinogens involves observational studies of people already exposed; thus it’s harder to control for the true dose.)

That’s when scientists turn to animal studies and mechanistic studies (studies that show how a chemical actually causes damage), which have their own challenges and limitations. “Each chemical is unique in terms of the database that it has,” said John Bucher, associate director of the National Toxicology Program, the U.S. agency that evaluates and reports on the toxicity of chemical agents. “In many cases, there’s an insufficient database to make decisions.”

For instance, a chemical may not be the subject of any studies in humans, but there may be very strong evidence of its effect on animals or how it causes damage to a cell’s DNA. “You really have to be an expert in how these studies are carried out before you know how to give credence to each,” he said.

That’s where it becomes a judgment call using the evidence at hand. (Glyphosate is not on the NTP’s list of cancer-causing agents, which like IARC’s list identifies which chemicals are actual, possible and potential carcinogens, and may be considered by regulators in deciding whether to restrict their use.)

“Often times the results that happen don’t give you a clear answer,” said Eastmond. “It gives you one of these shades of grey and then you have to look to other evidence to try to make a decision.”

IARC, made the call after nearly a year of reviewing all three types of studies (human, animal and DNA). An independent group of scientists evaluated glyphosate’s toxic potential and came to the conclusion that it’s “probably” carcinogenic. That conclusion is still a step below a firm cancer-causing determination, “because of limited evidence in humans and sufficient evidence in animals,” said Kate Guyton, a toxicology expert at IARC.

IARC’s evaluation is simply a hazard assessment, which answers whether the chemical in question has the ability to cause cancer. It doesn’t determine conclusively whether, in reality, it will cause cancer in humans given certain levels or exposures. It is up to regulatory agencies, like the EPA, to complete a risk assessment and determine at what levels it’s safe to use glyphosate; it remains at the discretion of each group within each country to decide what level–if any–is safe.

It’s the same risk-versus-reward decision that regulators have to make everyday. For instance, sunlight, alcohol and diesel exhaust are all known carcinogens. But the EPA and lawmakers have determined safe levels of exposure well short of a ban so that society can reap the benefits of each. The level of danger comes down to dosage, said Eastmond. “We are exposed to carcinogens quite a bit in our daily lives. We try to keep those exposures low, and that’s where we depend on our regulatory agencies,” he said.

Regulators are tasked with determining the right level to limit dangerous exposure while letting the general public reap wider benefits, like a cocktail after work, a day at the beach–or in the case of herbicides and pesticides, a steady food supply.

Clarification, April 15, 2015: An earlier version of this story stated that glyphosate was better known by its brand name Roundup. Glyphosate is an ingredient in Roundup and not the only one. Multiple brand name products contain glyphosate since Monsanto’s patent for the chemical expired in 2000.