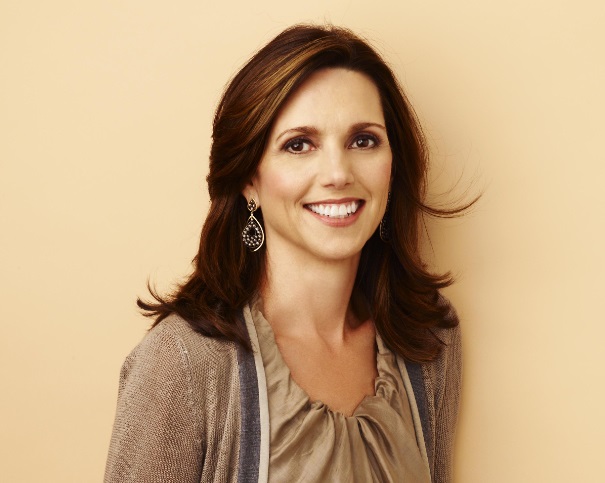 General Electric’s just-announced Breakthrough, a new branded TV documentary series about science and technology, takes the company back into the entertainment business—two years after it shed its ownership of NBCUniversal and just days after it disclosed its plan to shrink its vast finance business.

“We’ve been on a march to rediscover our science and technology roots,” says GE Chief Marketing Officer Beth Comstock, who orchestrated the TV deal and lined up Hollywood heavy hitters Brian Grazer and Ron Howard as production partners.

Breakthrough also signals yet another, um, breakthrough for Comstock, whose star keeps rising inside GE (GE). Her boss, CEO Jeff Immelt, last year gave Comstock, in addition to her CMO duties, oversight of the company’s $3 billion lighting division—the business upon which Thomas Edison founded GE when he invented the light bulb. Comstock also heads innovation platforms across GE, including its ecoimagination and healthyimagination programs.

The idea to create a TV series that could be used to herald innovation at GE began percolating almost three years ago. In her office at 30 Rock in Manhattan, Comstock met with Grazer, whose big-budget movies like the Oscar-winning A Beautiful Mind and TV hits like Empire have made him one of Hollywood’s most prolific and respected producers. “I’m a creativity and innovation junkie,” says Comstock, who had never met Grazer but jumped at his invitation to get together. With no agenda, they talked about the fast-changing media landscape: “What’s going on? What are you seeing?” A few emails and phone calls later, they concocted a plan for a TV series.

Seven months after that first meeting, Immelt joined Comstock in a videoconference with Grazer and Howard, his partner in their production company, Imagine Entertainment. The producers told Immelt that they envisioned the prospective series to be “kind of like 30 For 30”—the renowned sports documentary series on ESPN. This struck the right note with Immelt. “Jeff is a huge 30 For 30 fan,” Comstock says.

Immelt’s endorsement led to meetings at Fox Broadcasting (NWS), where Grazer and Howard have a “first-look” arrangement for their projects, and a deal with the Fox-owned National Geographic Channel to air the series. Bringing on another producing partner, Asylum Entertainment, the parties recruited a high-octane Hollywood lineup—including Brett Ratner, Angela Bassett, Akiva Goldsman, as well as Howard—to direct the hour-long episodes of Breakthrough.

While Breakthrough takes GE back to its science roots, the project also takes Comstock back to her own roots. After majoring in biology at William & Mary, Comstock began her career in TV journalism and spent her early years at NBC, where she was PR chief and later head of integrated media at NBCUniversal (CMCSA) under her then-boss Jeff Zucker. (Zucker is now president of CNN Worldwide.)

In 2003, when Immelt tapped Comstock to be GE’s CMO, he handed her a role that had been unfilled for more than two decades, and she made it her own. She aggressively pushed GE to embrace social media and court audiences via Facebook, Twitter and YouTube. These days, Comstock, 54, spends at least a quarter of her time in Silicon Valley. There, she oversees GE Ventures, an in-house shop that invests in startups that are innovating in software, energy, health care and advanced manufacturing.

By creating the Breakthrough documentary series, Comstock is finding yet another way to innovate in media while simultaneously promoting innovation across GE. She admits that she’s riding the trend toward so-called native advertising—sponsored storytelling in lieu of traditional 30-second ads—but, she insists, GE is going “native” in the best way, by creating high-quality programming.

More than that, there’s a wonderful serendipity here for Comstock and Howard as well: Back in the ‘50s and early ‘60s, GE produced a weekly television series called General Electric Theater—hosted by Ronald Reagan and broadcast on CBS Sunday nights. That show is where Ron Howard made his TV acting debut.

A previous version of this story said that Howard made his TV directorial debut on GE Theater–which would have been practically impossible since Howard was born in 1954. In fact, five-year-old Ronny Howard debuted as an actor, playing as Barnaby Baxter, on GE Theater before he went on to bigger roles in TV hits such as The Andy Griffith Show and Happy Days. Fortune regrets the error (but enjoyed this excuse to detail Howard’s uniquely successful career).