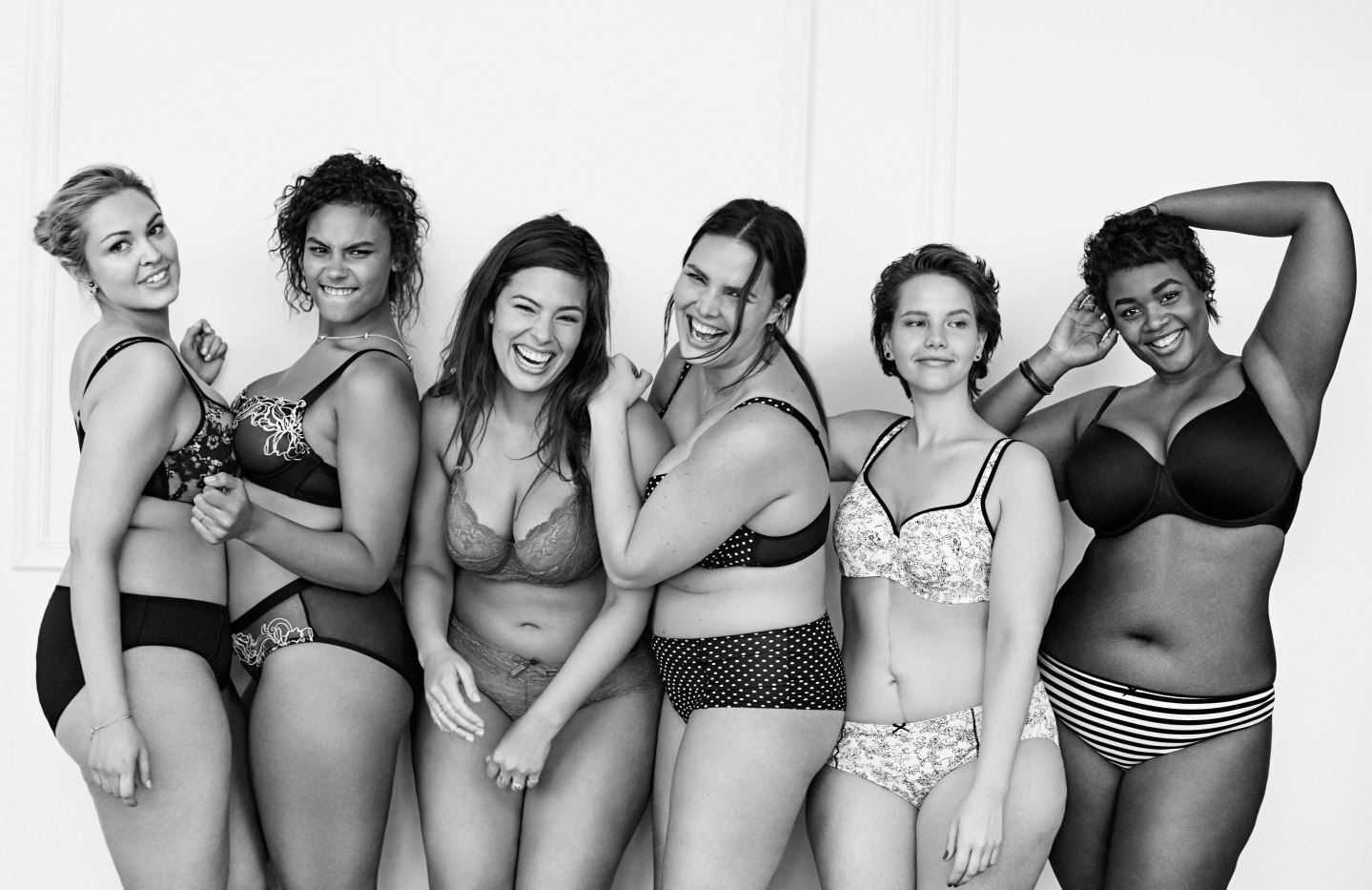 In the digital age, one way for a brand to make itself relevant is to get social media traction. By that measure, plus-size retailer Lane Bryant Inc. is succeeding.

Hashtagged #ImNoAngel, the salvo from Lane Bryant’s CEO and President Linda Heasley aims to revitalize the flagging brand by cashing in on the growing “body-positive” movement.

In one day, #ImNoAngel garnered 30,000 Facebook and Twitter mentions, 85% of them positive, according to Folke Lemaitre, CEO and founder of Engagor, an analytics firm monitoring social media. Twitter followers were growing 4 percent a day. Activity was 80% women 25 to 44. The terms used most often: “redefining body image,” and “celebrates women.”

The ad’s four supermodels, wearing the Cacique lingerie line, suggestively whisper lines such as, “I mean honey, have you seen all this?” It aims at Victoria’s Secret’s “Perfect Body” campaign, which sparked petitions opposing the images. #ImNoAngel ads show some small rolls of flesh, and one model’s abdominal scar from ovarian cancer surgery.

“Our brand has begun to change the conversation of traditional notions of beauty,” CEO Heasley crowed in a press statement.

Capitalizing on the the “body-positive”movement is a good move for Lane Bryant, contends Ruth Bernstein, co-founder of YARD advertising agency, whose clients include Henri Bendel and Banana Republic. The campaign, after all, arrives as the the plus-size market is growing. Trendy, new entrants include Forever21, H&M, and Wet Seal. Calvin Klein, Ralph Lauren, Tommy Hilfiger and Michael Kors license their names to plus-size lines. Yet other big names, including Saks Fifth Avenue, have exited; plus-size brand Avenue went bankrupt.

The problem is not a lack of large women: 64% of U.S. women are overweight, the Centers for Disease Control and Prevention says. Half of U.S. women wear size 14 or larger, and they hold about one-third of women’s overall apparel purchasing power—about $17.5 billion a year, says retail analysts NPD Group. Small niche companies addressing this market have seen sales rise 31% in the past two years, helped by a tidal wave of plus-fashion bloggers — some with branded clothing lines.

Lane Bryant’s CEO has noticed. “I love going on bloggers’ sites,” Heasley told Biz Journal. “They teach me every day how we should be thinking about this.” And perhaps selling like this: curvy blogger Gabbi Gregg’s “fatkinis” – large two-piece suits — went viral in 2013 and 2014 and sold out in an hour.

Fatkinis and #ImNoAngel are the latest wave in the body-positive movement, built on decades of feminist research showing the harmful effects of media images of rail-thin women. Dove’s landmark “Real Beauty” campaign, begun in 2004, took it mainstream, posing non-professionals in their underwear, eventually getting 65 million YouTube views.

Still, Lane Bryant might have a tougher road. Studies show, for instance, that larger models don’t actually make women feel better. And some in the curvy community bemoaned the cat fight aspect of the campaign. “I don’t believe that as plus size women we must be pitted against mainstream ideals to be seen as beautiful,” plus-size fashion blogger Sarah Conley said.

It remains to be seen whether Lane Bryant can parlay this social media buzz into sales. “Consumers are intrigued,” says Engagor’s Lemaitre. “But it will be up to the company to deliver.”