How millennials can play salary catch-up 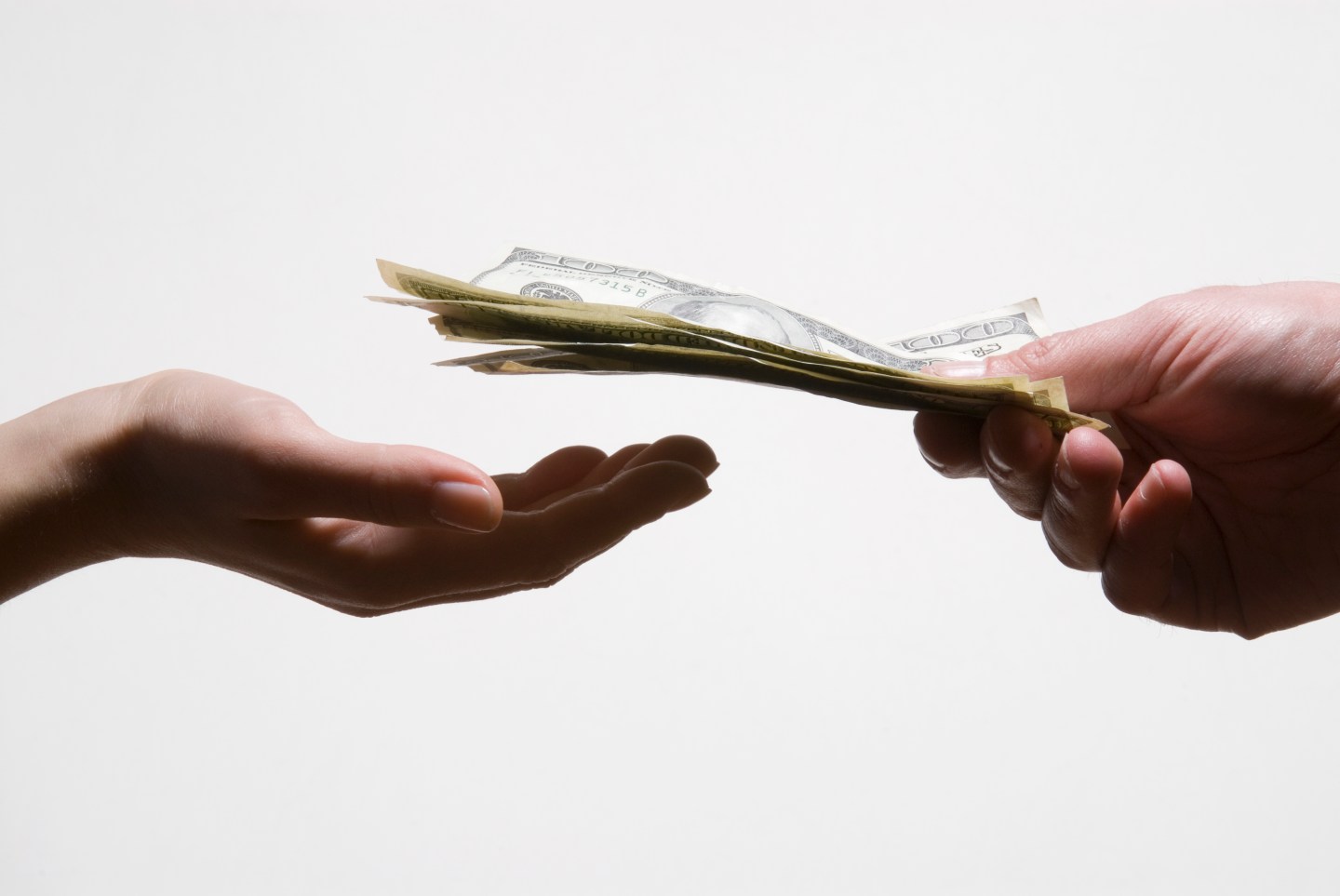 Now that millennials have started to land jobs after being thrown into labor market purgatory due to the economic crisis, it’s time for them to play salary catch-up. And fast.

The typical earner can expect to see her wages grow the most between the ages of 25 and 35, by an average 38%. Between 35 and 55, workers shouldn’t expect much of a bump. In fact, the Federal Reserve Bank of New York found that the median wage earner doesn’t see earnings growth at all during those years. On the opposite end of the spectrum, the members of the top 10% of lifetime earners (excluding money gained from inheritance) stand to realize a 127% increase in pay between the ages of 25 and 55.

As the oldest members of the millennial generation approach their early 30s, the salary alarm bells are starting to go off. The unemployment rate for 20 to 29 year olds was 9% at the end of January, according to the Bureau of Labor Statistics. This means that many recent graduates and young professionals are not taking advantage of their prime wage growth years.

The fact that a professional’s wages stagnate by age 35 shouldn’t come as much of a surprise. “It is just the idea of career trajectory,” says Lydia Frank, director of editorial and marketing at salary resource site PayScale. “When you reach a pretty high level [on] your career path, there may not be new levels to reach or [they are] difficult to get to.”

At the same time, real wage growth is also falling. Since inflation is outpacing wages, PayScale estimates that real wages have fallen 7.6% since 2006. Millennials who have had career delays will not reach their peak earning levels until later in life, and may always come up shorter than their professionally fortunate counterparts. This will pose challenges when it comes time for retirement, since those delayed earnings will not have as much time to compound. But it also leaves millennial workers more susceptible to earnings shocks since as a person ages, there’s a better chance of losing a job or two. Without a safety net built over years of getting paid, a job loss later in life can translate into more years in the job market.

So, how can younger workers defy the statistics and keep their wages on the ascent through the decades?

New graduates: Get all you can

You may not realize it, but your lifetime earnings depends a lot on your first full-time paycheck. Researchers have found that starting at $55,000 as opposed to $50,000 could yield an additional $630,000 in earnings over the length of your career.

“It may seem like a small amount of money and not worth the awkward conversation,” says Frank, “but making that extra effort to get a small bump can add up to a lot over the course of a career.”

Frank suggests knowing how much someone in your position should make in their first job, then using that information to negotiate. Your future employer expects you to. “If you accept the first offer, they are probably really happy,” says Frank.

Use data in your negotiations. Understand how much you should make by looking at the market rate using sites like glassdoor.com. If you have special skills or experience that might help you stand above a typical recruit, then you can ask above market value. But make sure you have proof, or your potential employer may not go along with your plan.

Early 30s: It’s all about momentum

Now, lets say you’re right where you want to be. You’re 30, your wages keep growing as you find new, better jobs or land promotions. But suddenly, it stops. You’ve plateaued earlier than you expect. “It would likely suggest you have career growth stagnation,” says Scott Dobroski of job search site Glassdoor.com.

If this is you, it’s time to schedule a meeting with your manager. Talk to them about your career goals. They may have ideas for new opportunities within your current organization that could give you the bump you’re looking for. Your boss might also have some ideas on skills you need to develop to move forward. That might mean a night class or two, but it could prove useful. Remember, you probably over 30 more years of work ahead of you.

Early 40s: Getting off that plateau

When you’re on a career plateau, you have to look far on the horizon to see where possibilities for career growth. If you’re in senior management, then it might be the c-suite. If that’s the case, then you’re limited. “It’s not easy to come by that position, unless you’re able to strike out on your own,” says Frank.

That’s one possibility, but of course, starting your own business is not for everyone. It all hinges on your appetite for risk.

If you like your current role, but you could just use some extra dough, then you can increase your wages by freelancing or contracting on the side, say Dobroski. Yes, it will add more work to your already busy schedule. But it can boost your annual salary and also provide some security, in case your full-time job comes to an unexpected end.

Stereotypes aside, the millennials are one of the hardest working generations. It’s just quite likely that, in 15 years, they will need to work even harder to simply catch up.