Got spare change? This new app will invest it into Bitcoin for you 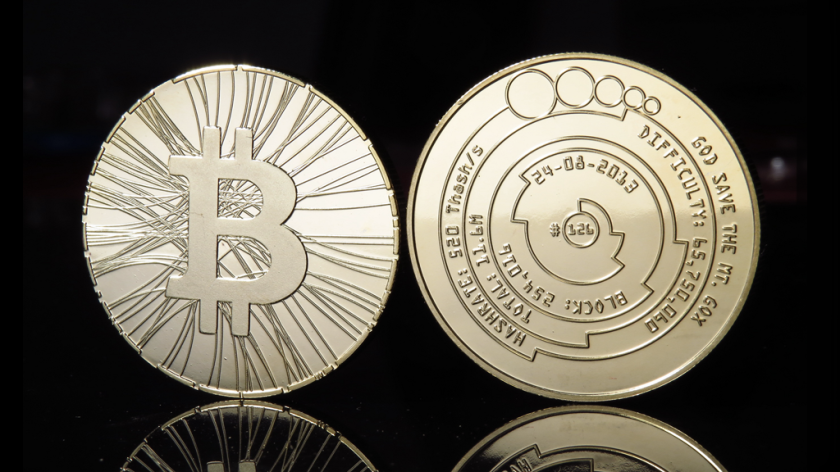 To help today’s young build up their wealth, a new breed of no or low-fee financial tools built on top of slickly designed smartphone apps are trying to gain a foothold.

One of them, Lawnmower, is adding another variation to the mix: Bitcoin, the digital currency.

Lawnmower, introduced last week, tracks its users credit cards and banking transactions and rounds each one up to the next dollar. Then, it invests that spare change into Bitcoin. If you buy $3.25 cup of coffee, for example, Lawnmower will round up to $4 and take the extra 75 cents and buy Bitcoin. Over time, the money will add up and appreciate in value, at least in theory.

Lawnmower is part of a growing trend of personal finance tools aimed at young professionals. They have no minimum amount that their users must deposit, which lowers the barriers for investing, and feature designs that appeal to a generation that spends more time on their smartphones than any other device.

The new apps and services include Digit, which automatically funnels small amounts of money from your checking account into a savings account based on spending habits, and Robinhood, a no-fee app for that lets users track and buy public stocks. Acorns, the original inspiration for Lawnmower, automatically invests its users’ change into exchange traded funds, or ETFs, instead of Bitcoin.

In addition to this personal finance niche, tech entrepreneurs have, in the last few years, pushed a related category of tools for investing and managing personal wealth. Wealthfront and Betterment, for example, automate customers’ investment decisions by using algorithms instead of giving the job to human investment advisors. And apps like Mint help people manage their spending and saving more efficiently.

Lawnmower doesn’t charge any fees for its current service although users are still subject to those of Coinbase, the Bitcoin wallet users are required to sign up for and which stores the Bitcoins they amass.

Sunnarborg expects Bitcoin enthusiasts to make up most of Lawnmower’s early users, and that twenty-somethings could be next. “It’s definitely going to be easier to convert a 25 year-old.”

Lawnmower’s co-founders also hope that the app’s easy auotmated approach to Bitcoin investing will help it appeal to more mainstream users without overwhelming them with Bitcoin’s complexities. The app positions Bitcoin to its users as yet another investment opportunity, just as Robinhood does with stocks and Acorns does with ETFs.

Bitcoin, first proposed in 2008, is an entirely digital currency that supporters hope will someday take the place of traditional currencies. Its value has fluctuated widely, from being worthless when first introduced, to hitting a peak price of $1,242 per Bitcoin in late October 2013 and stands at around $225 today. Despite growing support from financial institutions, Bitcoin is still a controversial investment for many, mostly due to its volatility, unflattering incidents like the bankruptcy of Bitcoin exchange Mt. Gox in last year, and some people’s belief that Bitcoin is a fad that will eventually die out.

But Sunnarborg isn’t very worried. Just like stocks, real estate and commodities, he said Bitcoins are prone to market forces, and the investments are in such small increments that most Lawnmower users won’t jeopardize huge amounts of their money.

Sunnarborg founded Lawnmower with Pieter Gorsira and Patrick Archambeau in late 2014, and their start-up is currently being shepherded along at Boost.vc, an accelerator program specifically helping Bitcoin startups get their businesses off the ground.

Lawnmower, which launched on iOS last week (with Android slated to launch in the next few weeks), is an easy way to get people started with Bitcoin, according to co-founder Alex Sunnarborg.

Although it’s not making money at the moment, Lawnmower will eventually offer additional investing options and management services to generate revenue. Referral fees from sending users to outside services are another revenue stream Lawnmower could easily implement.

For more about Bitcoin, watch this Fortune video: