Tapped In: A visit with the craft beer kings of San Francisco 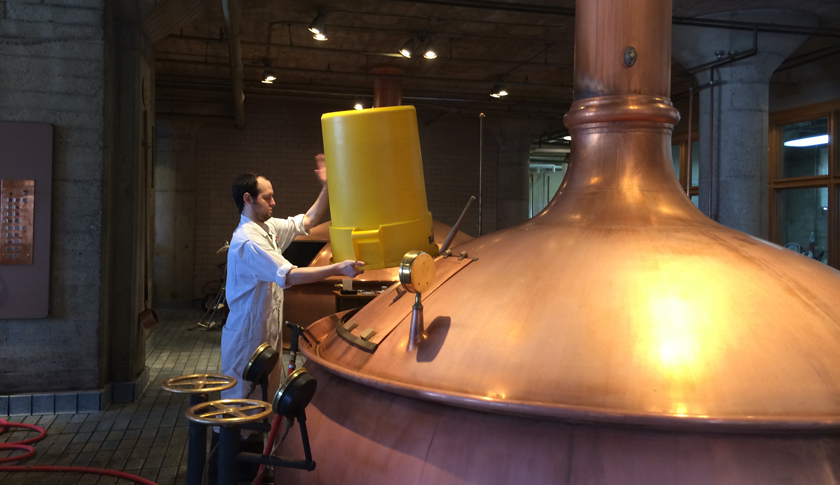 The Anchor Brewing Company, opened in 1896, had fallen on hard times when it was bought in 1965 by Frederick Louis “Fritz” Maytag III. Rather than compete with the macro breweries of the time, he decided to try something different, offering his flagship product at a higher price — and discovered there was a market for more expensive beer.

“Certainly Steam beer is responsible for starting [interest in craft beers] because every other beer in the U.S. at the time was a yellow beer,” says Mark Carpenter, Anchor’s brewmaster.

Since then, the greater Bay Area has become a haven for beer drinkers. The San Francisco Brewers Guild reports there are 20 breweries within the city limits. Another 90 reside in surrounding counties. And the beer is worth the trip.

I recently visited with some of the more established breweries in the San Francisco area to get a better sense of what they’re up to and how they view the industry. And what struck me most was the balanced sense of optimism they have about the craft explosion. Expansion was a recurring theme for most.

At 21st Amendment, work is underway to convert an old Kellogg’s factory that used to make Pop-Tarts in San Leandro to the company’s new headquarters. The brewer made 71,000 barrels in 2014, but hopes to increase that to 100,000 this year — with an eye for 300,000 in the near future.

That will help not only with expansion to other states (21st Amendment currently is available in 22 states and coming soon to several more), but could also help it expand internationally. Co-founder and brewmaster Shaun O’Sullivan says the company has seen lots of interest from Japan, England and Sweden.

“We have the sales and infrastructure in place,” says O’Sullivan. “We’re not starting a brand. We just needed the space.”

The new brewery, which will eventually include a kitchen and amphitheater, is meant as a destination facility. Visitors will be able to take self-guided tours, watching the various processes of beermaking, while enjoying samples from ‘floating’ bars scattered throughout.

It will also let them experiment with new flavors. The brewpub that has been its main tasting room in downtown San Francisco will remain open.

Up in Sonoma County, Bear Republic CEO Richard Norgrove is also thinking about growth, but to get there, he’s actually pulling back in the short term. The brewer, which once distributed to 35 states, has reigned in its expansion and now sends its beers to just 20. It brewed 75,000 barrels in 2014 and should hit 80,000 or 90,000 this year, but construction is underway at the brewery to get that capacity up to 300,000 in the next few years.

In business for nearly 20 years, Bear Republic (which also owns a brewpub in Healdsburg, Calif.) has benefited from its proximity to wineries — 110 of which are within 10 minutes of its office, says Norgrove.

“We had access to every major wholesaler, who were here for the wineries,” he says. “They would go to the brewpub for lunch, where we’d meet and greet them and they’d taste our beer.”

Next week, we’ll continue our talk with thoughts from the folks at Lagunitas and Russian River, along with one of the newer brewers in the area. In the meantime, if you’re headed to the Bay area or want to try some of its best beers, here were some of my favorites. (Sound off on your own in the comments below.)

Hoppy and full-bodied, this IPA has a big citrus taste (with an emphasis on tangerine and grapefruit). That's balanced with a nice malty caramel. It's a wonderfully thick beer that goes down incredibly smooth -- with no bitter finish. Racer 5 has been building a reputation for a while now and could be poised to be the next IPA sensation. (ABV: 7.5%)

Norgrove say this is his favorite beer from the brewer -- and it's not hard to see why. It's a Scottish-style ale that starts hoppy, but quickly yields to maltiness, it has a sweet bitterness that will hook you. (ABV: 6.8%)

Starting with a nice hoppy tang that lingers throughout the tasting, this IPA also offers hints of lemon and orange. It has a nice lingering bitterness that doesn't wreck your palate, but it's the crisp taste that will linger in your memory. (ABV: 7%)

Wheat beers go down especially well in warm weather. So does watermelon. Not surprisingly, they work well together. This is a light-bodied brew that isn't overly fruity, but has a nice watermelon note that hits the spot for backyard BBQs. (ABV: 4.9%)

This ale is a classic for a reason. Widely available, it makes good use of malts to give it a toasted caramel flavor. It's a beer that has been around for a long time, and some people overlook in the hunt for the next great thing. That's a mistake. (ABV: 4.9%)

If Anchor Steam's not for you, this one might do the trick. The first beer to be brewed with cascade hops, it's a light, bubbly IPA that shows what macro beers should be striving for. (ABV: 5.9%)