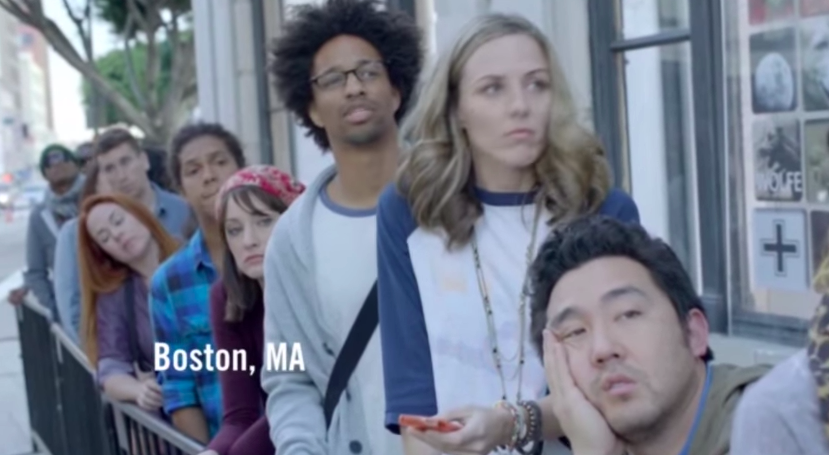 They were a staple of the nightly news. An icon of the post PC era. A punchline for Samsung ads.

And now their days are over. Or at least that what the headlines say:

Only trouble is, that’s not what Apple retail chief Angela Ahrendts said. The headlines left out a phrase:

The days of waiting in line and crossing fingers for a product are over for our customers. The Apple Store app and our online store make it much easier to purchase Apple Watch and the new MacBook. Customers will know exactly when and where their product arrives. (Emphasis added.)

The former CEO of Burberry isn’t promising to eliminate the lines. They are, after all, priceless marketing tools. What she’s trying to do is control them.

She’s trying to reduce friction for the faithful, who stand in line for fun or fame. And make things harder for resellers, who are in it for the arbitrage.

Exhibits A and B: Two YouTube videos that went viral, one shot in Santa Monica, the other in New York City: