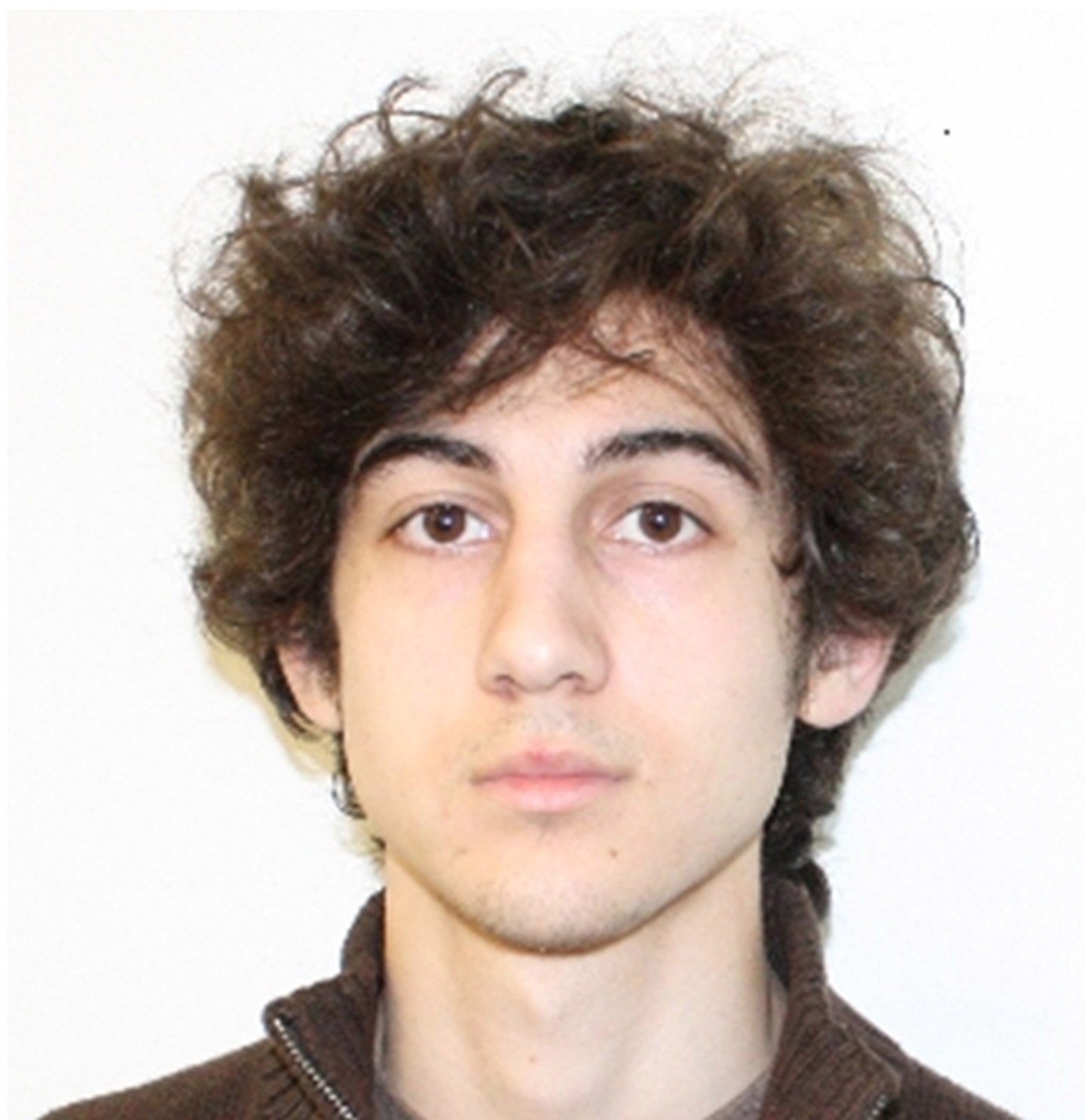 UNKNOWN - APRIL 19: In this image released by the Federal Bureau of Investigation (FBI) on April 19, 2013, Dzhokar Tsarnaev, a suspect in the Boston Marathon bombing is seen. The twin bombings at the 116-year-old Boston race resulted in the deaths of three people with more than 170 others injured. (Photo provided by FBI via Getty Images)
Photograph by FBI/Getty Images

Dzhokhar Tsarnaev, the young student who had been accused in the Boston Marathon bombings that shook the city and the country in April 2013, was found guilty on all counts by a federal jury Wednesday. His conviction, nearly two years after the blasts that killed three people and injured more than 260 others, as well as in the death of an M.I.T. security officer, makes him eligible for the death penalty, though his lawyers will instead try to get him sentenced to life in prison.

A panel of 12 jurors in Boston reached the verdict after weeks of testimony from some 90 witnesses and 11 hours of deliberations spread over two days. Tsarnaev, now 21, had been charged with conspiring alongside his older brother, Tamerlan Tsarnaev, of setting off two pressure cooker explosives near the finish line of the marathon on April 15, 2013. Krystle Campbell, Martin Richard and Lingzi Lu died after the blasts on Boylston Street.

The attacks prompted a manhunt around the city for the suspects. In the days after the blasts, the brothers killed M.I.T security officer Sean Collier; Tamerlan Tsarnaev died following a shootout with police officers. Dzhokhar was found days later hiding in a boat in Watertown.

In early March, defense attorney Judy Clarke told jurors in her opening statement that “it was him.” With that acknowledgment, Clarke aimed not to dispute the case against her client, but rather to argue what led him to take part. Prosecutors said Tsarnaev was equal to Tamerlan, 26, in carrying out the attack, but Clarke said Tsarnaev was operating under the guise of his older brother.

Wednesday’s guilty verdict completes the first stage of the trial. A second phase, involving the same jury, will decide whether Tsarnaev receives life in prison or the death penalty.

Victims of the attack expressed relief over the verdict on social media.

“Today’s verdict will never replace the lives that were lost and so dramatically changed, but it is a relief, and one step closer to closure,” read a quote posted on Facebook by Jeff Bauman, who lost both legs in the bombing.

Heather Abbott, who lost her left leg in the 2013 bombing, released a statement on Facebook via her foundation following the verdict. “Thanks to everyone who reached out today and have continued to support me and the other Bombing victims and their families over the last 2 years,” Abbott wrote. “Nothing can ever replace the lives that were lost or changed forever, but at least there is some relief in knowing that justice is served and responsibility will be taken.”

Boston mayor Martin Walsh expressed hope for a “swift sentencing process,” adding in an official statement, “The incidents of those days have forever left a mark on our City.”