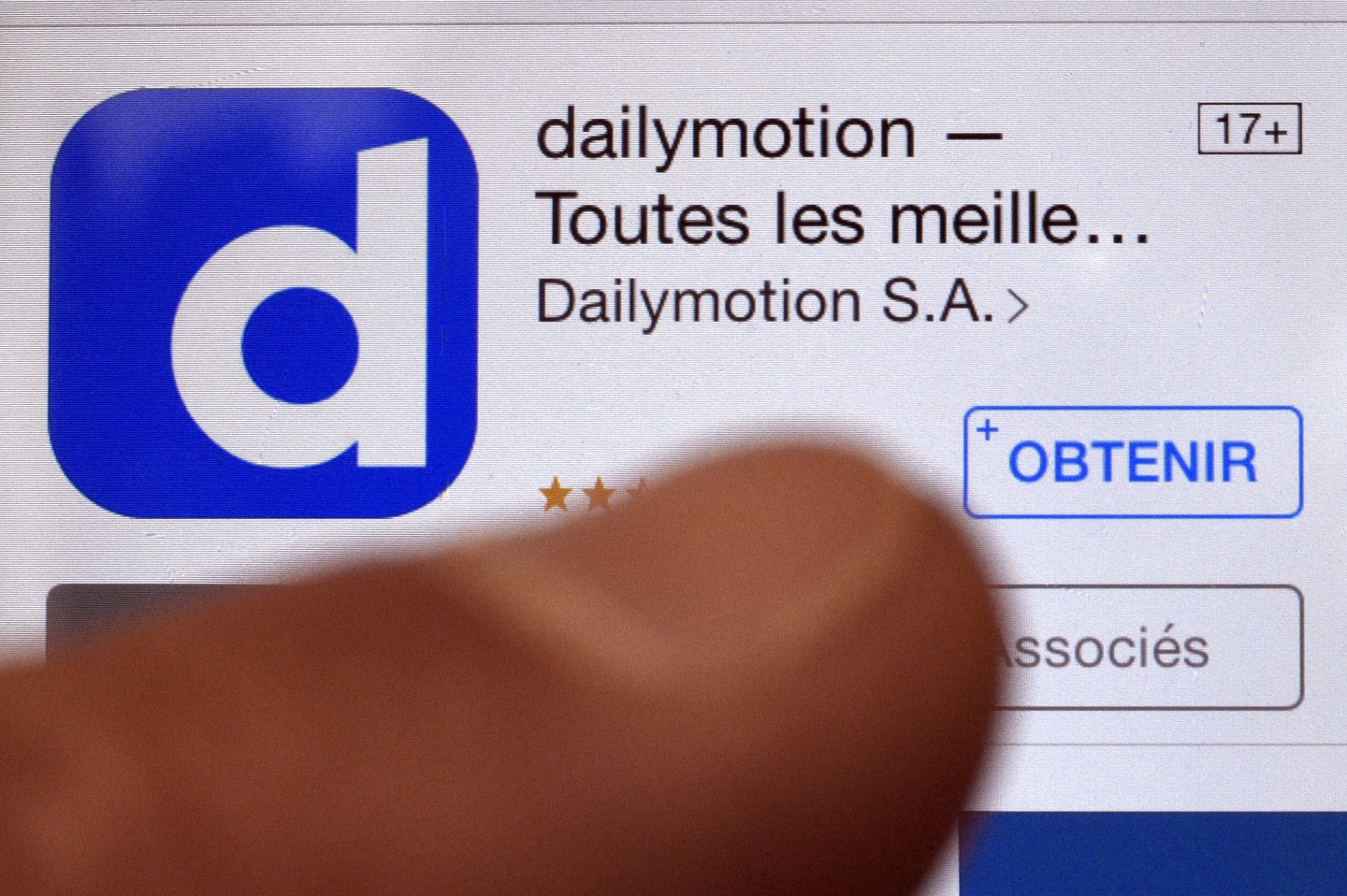 This picture shows the logo of video-sharing website Dailymotion displayed on a smartphone screen on April 7, 2015 in Rennes, western France. France's Vivendi announced on April 7 it has made an offer for Dailymotion, which belongs to telecoms group Orange, after attempts by Yahoo! and a Hong Kong telecoms giant to snap up a stake in the video-sharing site were thwarted by the French government. AFP PHOTO / DAMIEN MEYER (Photo credit should read DAMIEN MEYER/AFP/Getty Images)
Photograph by Damien Meyer — AFP/Getty Images

In Monty Python’s “Meaning of Life”, John Cleese as a private-school teacher delivers a fatuous sermon urging his boys to remember all those “who so valiantly fought to keep China British.”

It looks like video site Dailymotion, one of the biggest rivals worldwide to Google Inc.’s (GOOG) Youtube, might be dying just as valiantly to keep the internet French.

Vivendi SA confirmed Tuesday that it had made an offer for the site, after Hong Kong-based PCCW pulled out of negotiations at the weekend after the French government put pressure on local telecom champion Orange SA (ORAN) to find a European buyer for it first. Orange had had the heretical thought that a company more able to penetrate the Asian market might make a better partner for Dailymotion.

It’s a depressingly familiar tale. The Socialist government had already blocked the sale of Dailymotion to Yahoo! Inc. (YHOO) in 2013, cloaking naked anti-Americanism and paranoia about the internet age in waffle about the defense of Europe’s “digital sovereignty”.

Things had appeared to be changing for the better over the last year, as Arnaud Montebourg, the hard-left minister responsible for blocking that deal, was ousted and his faction snubbed as President Francois Hollande installed a more pro-business Prime Minister (Manuel Valls) and Economy Minister (Emmanuel Macron). The government has made a number of moves to spur growth since then, most notably the “Macron Law” that has liberalized shop opening hours and chipped away at the privileges of some closed professions.

That the government is now reverting to protectionist type, just for the sake of a company that–unlike Alstom SA–controls no infrastructure vital to France’s national interests, is therefore doubly disappointing: it forces a sub-optimal future on what has been one of the country’s most successful new media ventures, and it shows that the instinct to meddle in the affairs of notionally private companies is as strong as ever. The investment banker-turned-politician Macron took a phrase straight out of Montebourg’s playbook last week when he said that the government wanted Orange (still 25% owned by the French state), to “take into account aspects of European digital sovereignty.”

It’s worth pointing out that, in deals like this, “European” solutions are never as welcome as French ones. French reports trying to talk up interest from Germany’s Axel Springer Verlag AG and Bertelsmann AG appear nothing more than a smokescreen: Springer denies any interest, while Bertelsmann, which declined to comment for this article, has never shown any interest in platforms per se.

Vivendi, as owner of Universal Music Group and the movie and pay-TV holding Canal+, can make a serious case for buying a distribution platform like Dailymotion, with its 3 billion monthly video views. But Jefferies’ analyst Jerry Dellis in London says the deal is “opportunistic” rather than any evidence of a grand strategic plan for growing the business. He notes that Dailymotion users aren’t used to paying for content, for starters.

So Vivendi gets brownie points for keeping the internet French, but rebel shareholders led by Peter Schoenfeld may see it rather as evidence that chairman Vincent Bolloré’s agenda just isn’t aligned with theirs. If nothing else, it’s certainly evidence that, if you’re running a French company with a €9 billion cash pile and don’t know what to do with it, then the government will surely be ready with some helpful suggestions.

A spokesman for PSAM didn’t immediately reply to a request for comment Tuesday.