Vivendi’s Bolloré raises the stakes in fight over Universal Music 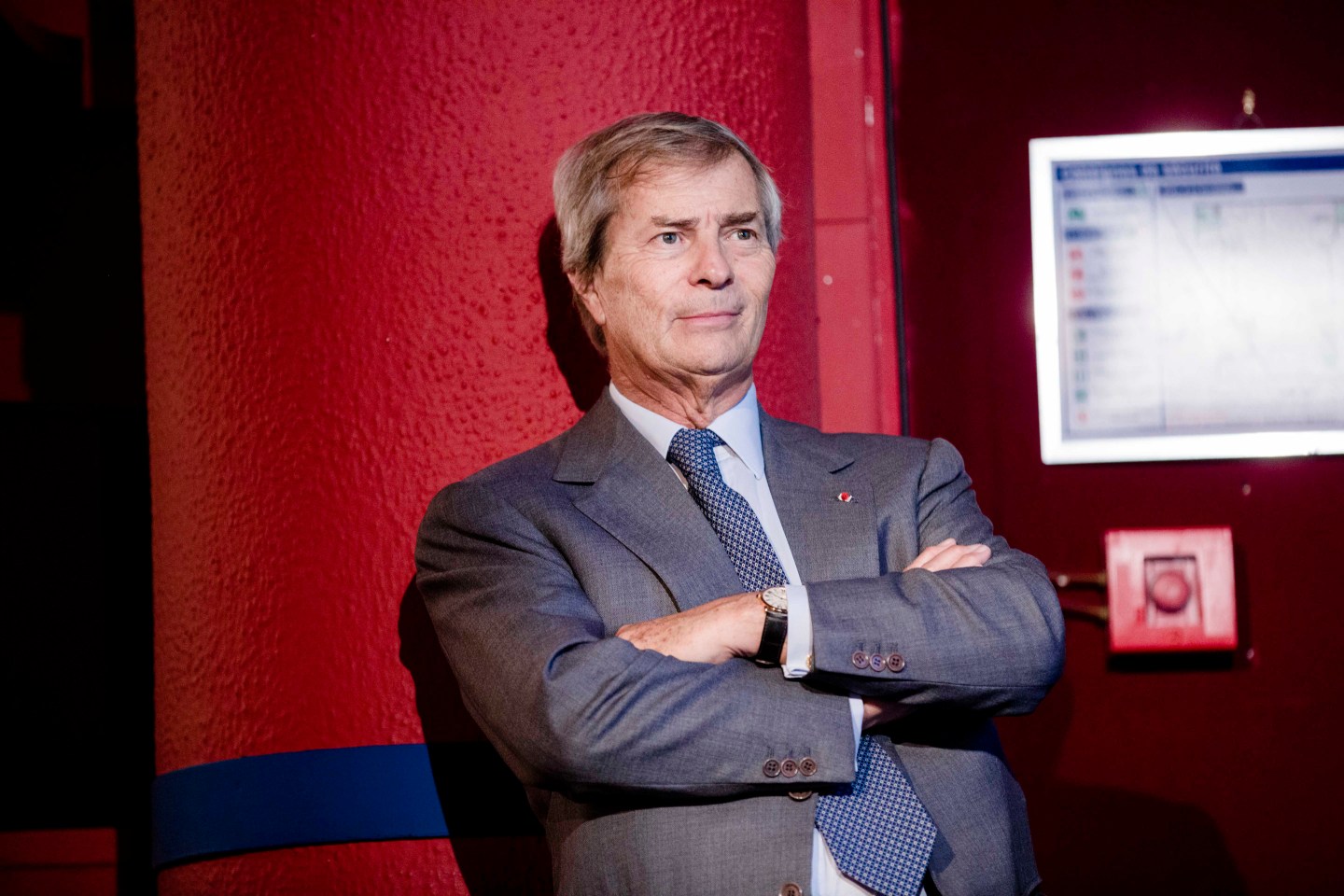 Vincent Bolloré’s plans for French media group Vivendi SA (VIVEF) may not please everyone, but he at least seems prepared to back them up with his own money.

Bolloré’s holding company said Thursday it had raised its stake in the French media group to over 12%, strengthening the chairman’s hand as he prepares to fight a shareholder revolt led by U.S. investor Peter Schoenfeld at a general meeting on April 17.

Schoenfeld’s asset management company PSAM, which holds nearly 1% of Vivendi, wants the company to do two things: first, to pay out to shareholders €9 billion in excess cash currently sitting on the balance sheet, the proceeds of a string of asset disposals in the last two years; and the separation of the group’s two remaining assets, Universal Music Group and movie and TV holding Canal+.

Bolloré’s strategy for the company is for a slower return of cash to shareholders (€5.7 billion over three years), along with selective acquisitions that fit a new strategy which is still to be clearly defined. That lack of clarity has frustrated some shareholders.

“We have been disappointed with management’s lack of willingness to engage with PSAM as well as the pace of progress at Vivendi as it pertains to capital distribution and value creation,” Schoenfeld said in a letter to the company last week. He complained to the French daily Les Echos that numerous meetings with

Thursday’s announcement implies that Bolloré has spent some €1.2 billion ($1.3 billion) on Vivendi’s stock in the last week alone, driving its price to within 10% of the range that PSAM properly reflects what the company is worth.