The Apple Watch: A gateway drug for Swiss horology 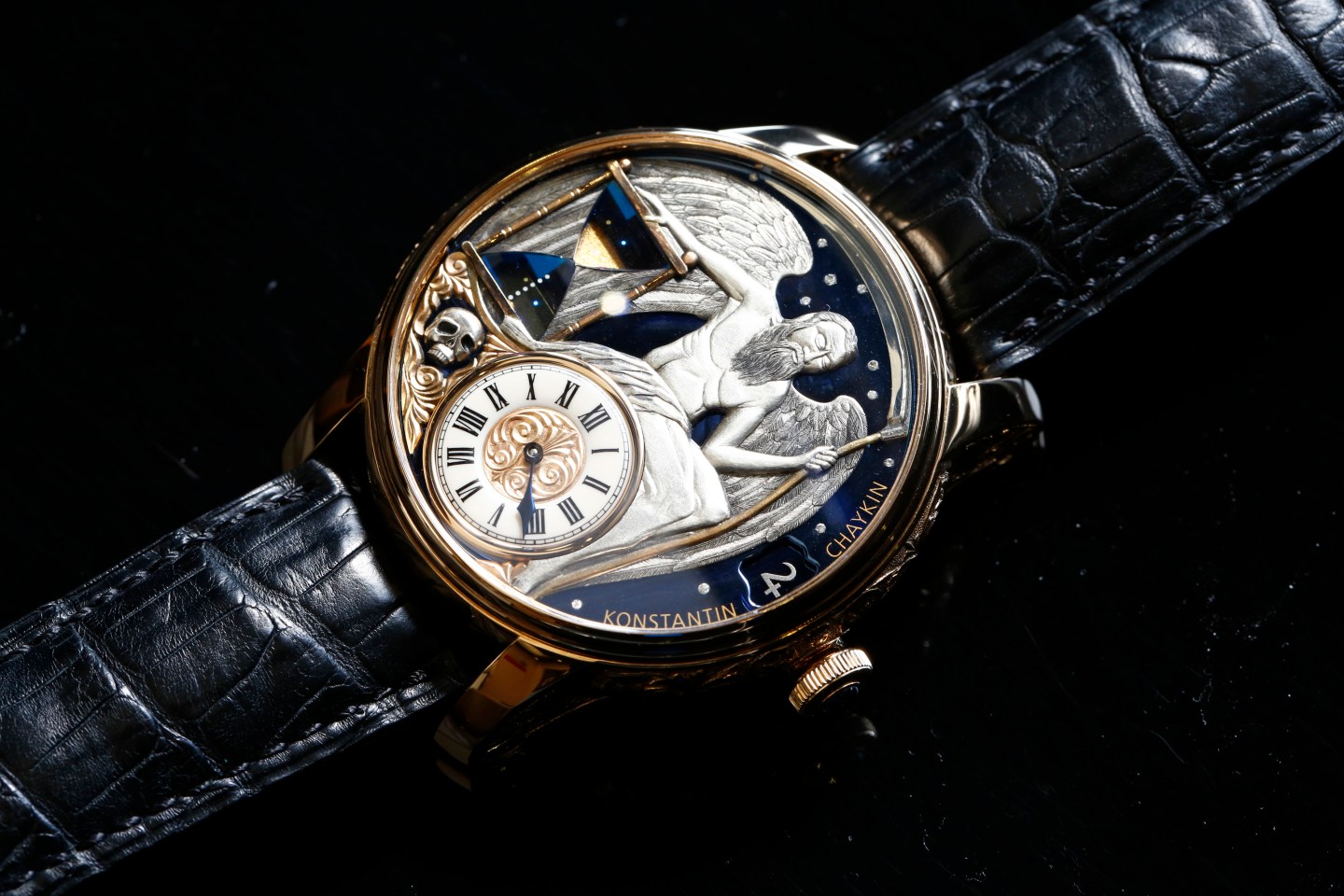 A Carpe Diem wristwatch, produced by Konstantin Chaykin, a Russian watchmaker, sits on display at the company's booth during the Baselworld luxury watch and jewelry fair in Basel, Switzerland, on Thursday, March 27, 2014. Over 1,400 companies from the watch, jewelry and gem industries will display their latest innovations and products to more than 120,000 visitors at this year's luxury show. Photographer: Gianluca Colla/Bloomberg via Getty Images
Photograph by Gianluca Colla — Bloomberg/Getty Images

In September, famed Apple chief designer Jony Ive used some colorful language to say his company’s debut wearable device meant the Swiss watch industry was—ahem—in trouble. This is not the first time, however, that Switzerland’s horologists have been on extinction watch. With cunning and a little bit of rebranding, they’ve survived upheaval before. And this time it will be even easier.

In the ‘70s and ‘80s, a technological innovation—the quartz watch, a clock featuring an incredibly accurate timekeeping mechanism powered by crystal—threatened to dismantle the country’s sumptuous, storied heritage. Japanese watchmakers, ascendant champions during the so-called quartz crisis, battled Switzerland’s mechanical incumbents with bargain prices and superior precision. The outlook was dismal according to Ryan Raffaelli, a Harvard Business School assistant professor: Within a decade of the quartz’s debut, more than half of watchmaking companies in the country had gone bankrupt.

Yet in an international business coup, the Swiss held onto their title as premier watch manufacturer, and market leader. With redoubled emphasis on artisanry, the wild success of the art-forward Swatch, and a soupçon of marketing panache, the humble timepiece solidified its status as a true luxury good.

It’s that reputation of the Swiss watch as an heirloom, a treasure, an encapsulation of the lifetime of an ancestor, that may insulate it from would-be competitors. It’s playing a different game than Apple (AAPL), a company with cutting edge technology that tends to blunt on an 18-month cycle. “The question is are these competing in the same market category and my belief is that they’re not,” Raffaelli says. “The traditional $10,000 watch produced in Switzerland they’re hoping you’ll not only wear, but you’ll pass down to your children and great grandchildren.” Try that with an iPhone.

Jean-Claude Biver, watch division president of LVMH and TAG Heuer CEO, says timelessness is essential to the appeal of timekeeping. A collector of watches himself, Biver recently bought his wife a century-old Patek Philippe that ticks like the day it was set, he says. Channeling his inner mystic, he tells Fortune: “A connected watch from Apple or any other brand will not compete with eternity.”

For Switzerland, the strategy has worked well so far. In terms of market share, the country exports a fraction—less than 2.4%—of the 1.2 billion timepieces produced worldwide per year, yet it corners a disproportionate amount of revenue, according to data from the Federation of the Swiss Watch Industry.

Might Apple erode Switzerland’s market share? Possibly—but smart money says the Apple Watch will actually grow the market. A trendy $17,000 Apple Edition may ultimately prove to be a gateway drug for, say, an elegant $170,000 Patek Philippe.

Swatch Group CEO Nick Hayek says he welcomes Silicon Valley to the scene: “We see smart watches as a big chance for the watch industry, not a threat,” he says. “Everything that makes millions of people more open to put something on their wrist will boost the opportunities to sell more watches.”

In the battle between Apple and Switzerland, everyone may be a winner. It’s worth noting, after all, that “Swatch” stands, aptly, for “second watch.”

An abbreviated version of this story appeared in the April 1, 2015 issue of Fortune.