Greece says it will run out of cash by April 9 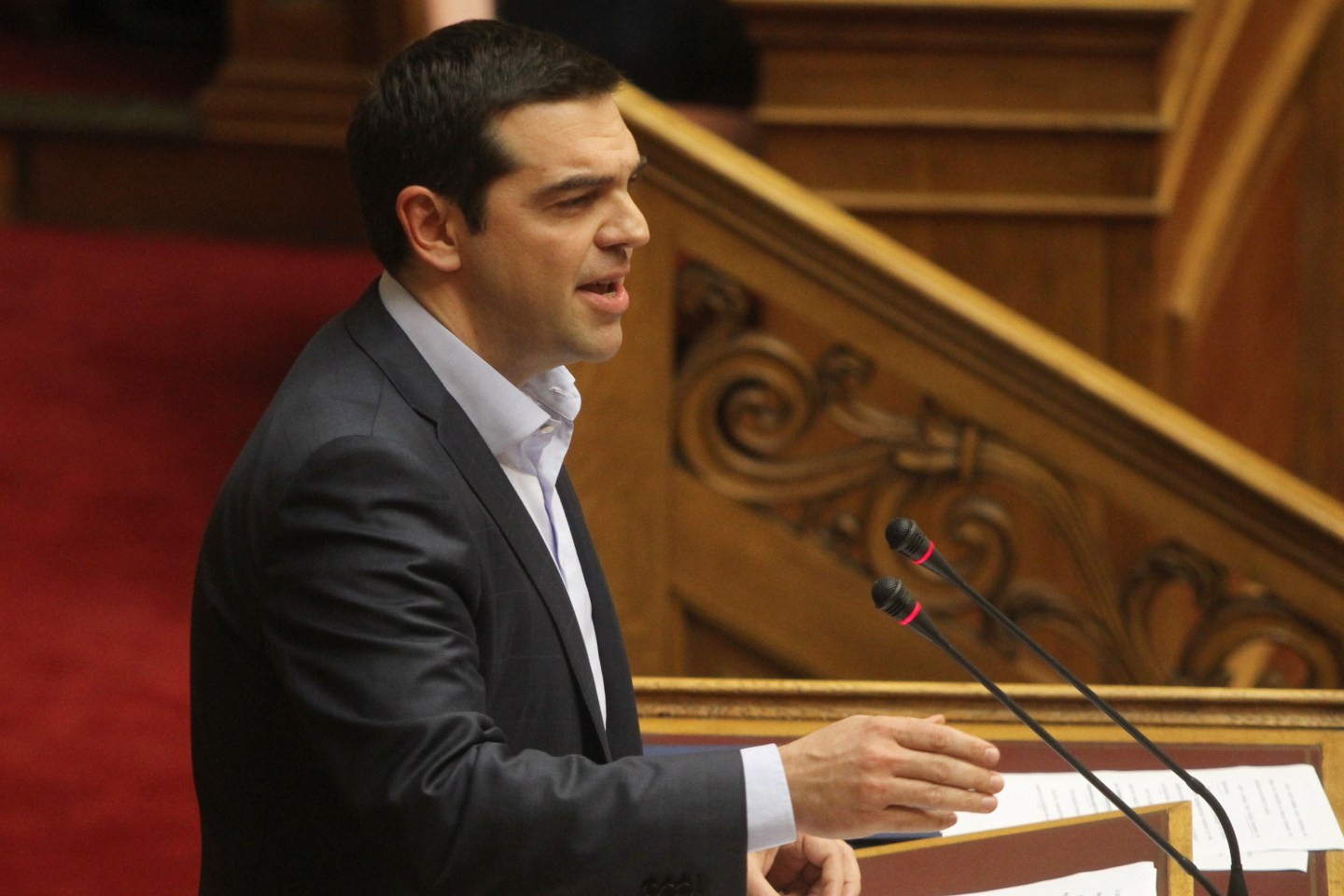 Greece says it will run out of money next week, and will have to choose between paying making a €450 loan repayment to the International Monetary Fund and paying public wages and pensions, according to Reuters.

Athens admitted as much in a conference call between the deputy finance ministers of the 19 Eurozone member states, confirming what had appeared to be a rogue statement Wednesday by Interior Minister Nikos Voutsis.

Voutsis had told Der Spiegel that the government would choose to pay wages and salaries and miss its IMF, marking a new chapter in Greece’s five-year struggle against national bankruptcy. His statement had later been denied by a government spokesman.

The Greek government is doing its best to force the next act of its bailout drama to be played on its terms. Last night, it delivered a fresh list of reforms that it wants to implement instead of the ‘recessionary’ pension cuts and tax increases that the Eurozone and IMF have demanded in return for releasing the rest of Greece’s bailout money.

The new list provided far more detail than previous attempts by Athens, but still didn’t satisfy those on the other side of the table.

“There is progress with the last list,” French Finance Minister Michel Sapin told reporters. “Is there a need for more progress? Yes – in the quantification of the measures.”

Missing a payment to the IMF wouldn’t be the end of the world–plenty of countries have done it before and the IMF is currently sitting on over $1.5 billion of arrears on money that’s owed to it, according to Raoul Ruparel at the Open Europe think-tank in London. The IMF’s responses in any case tend to be glacial in such cases.

But it would send a dramatic and incendiary signal to the rest of the world that, after five years of crushing austerity that has shrunk the economy by 25%, Greece can no longer keep up even a pretense of being solvent. It would be a sharp break with the promise to honor all commitments that has been a part of every important statement on the subject over the last three months.

Missing a payment to the IMF would bring the tactics that the radical left-wing Syriza party has used since taking power in January a big step closer to their natural conclusion, daring the Eurozone to choose between relaxing its terms for further aid, or risking the havoc caused by a Greek default and exit from the Eurozone. (It’s worth remembering that missing an IMF payment wouldn’t make too much difference to the key issue, which is the European Central Bank’s continued willingness to provide the Greek banking system with euros.)

Athens is essentially trying to turn the tables on the rest of the Eurozone, which in February had told it in an abrupt “take-it-or-leave it” manner that it had to implement the bailout conditions in full before seeing the final €7.2 billion left in the kitty.

The Eurozone’s finance ministers aren’t due to meet again until April 24, but if Greece is serious about running out of money already by the end of next week, then any hopes they may have had for a relaxing Easter break are over.