Greece and the Eurozone dance on the precipice, snarling at each other 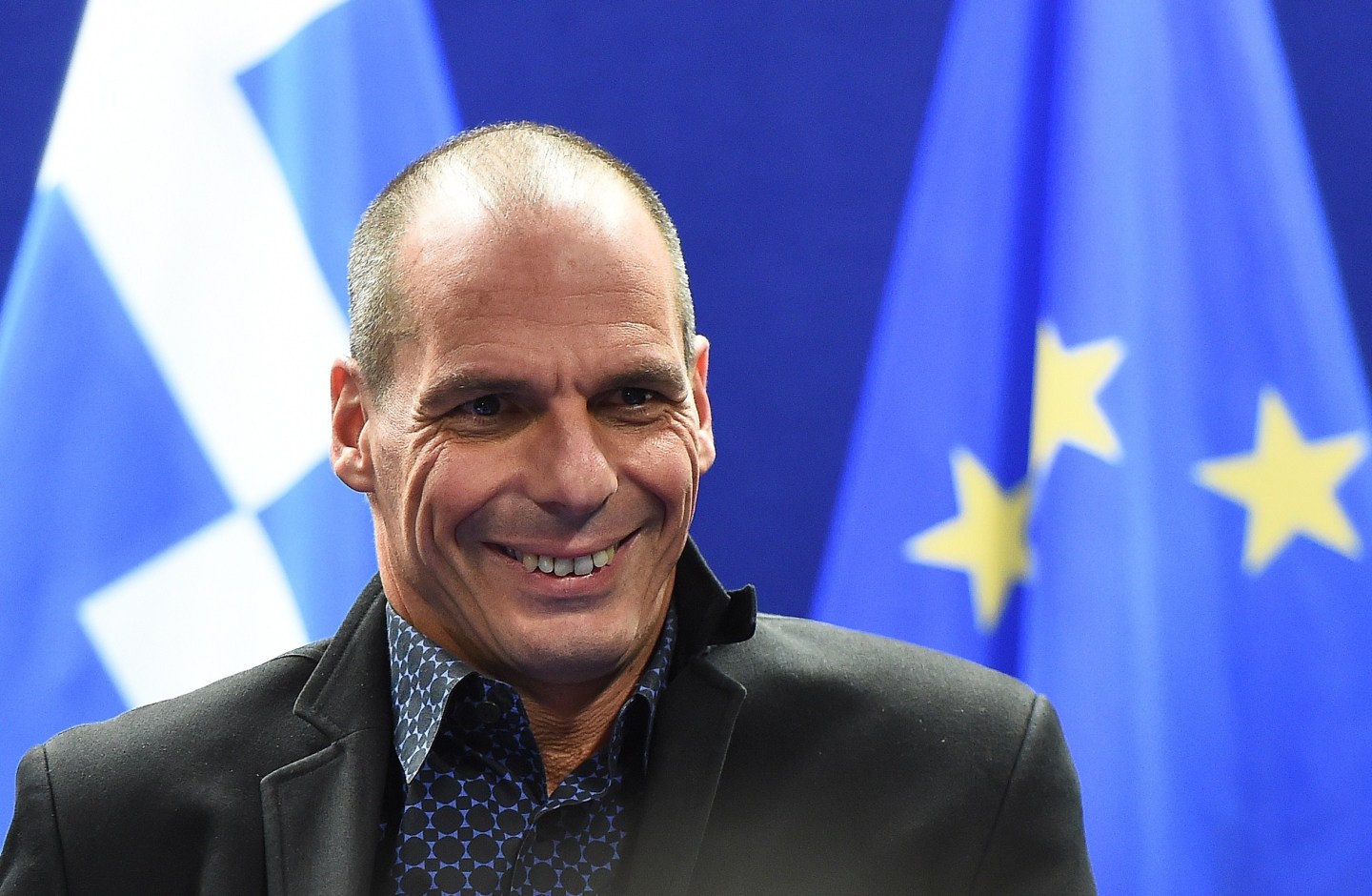 Greek Finance Minister Yanis Varoufakis gives a press conference on February 16, 2015 at the end of an Eurogroup finance ministers meeting at the European Council in Brussels. Eurozone ministers handed Greece an ultimatum to request an extension to its hated bailout program on February 16 after crunch talks collapsed, deepening a bitter stand-off that risks seeing Athens tumble out of the eurozone. Eurogroup head Jeroen Dijsselbloem said Greece had the rest of the week to request an extension to the programme, which expires at the end of the month, challenging Athens to cave on a dearly held position. AFP PHOTO / EMMANUEL DUNAND (Photo credit should read EMMANUEL DUNAND/AFP/Getty Images)
Photograph by Emmanuel Dunand — AFP/Getty Images

Another fraught meeting between Greece and its creditors ended in deadlock Monday, with the Eurozone giving Athens an ultimatum to say by Friday what it will do to keep its bailout deal alive, and Greece continuing to insist that it wants the hated agreement torn up, but failing to present any acceptable alternative.

The failure to reach a deal brings both sides closer to the precipice: Greece’s current agreement expires at the end of the month, and putting together a new one will be much more complicated than tweaking the existing one, officials said. However, even without a deal, the horse-trading could theoretically stretch out for weeks or even (if the European Central Bank is willing) until June, when Greece faces the hard deadline of a big debt repayment that it can’t possibly meet without money from somewhere else.

Monday’s meeting was short by Brussels’ standards and (seemingly) bad-tempered by anyone’s: Eurogroup chairman Jeroen Dijsselbloem and European Commissioner Pierre Moscovici were both visibly exasperated in a joint press conference at the lack of progress in finding the elusive “common ground” that would allow a classic, Euro-style compromise.

Dijsselbloem said there had been a “general sense of disappointment” that Greece had been unable to say what it would and wouldn’t be able to do to unlock the remaining €10 billion in the country’s €240 billion bailout agreement.

“There was a very strong opinion across the whole Eurogroup that the next step has to come from the Greek authorities,” Dijsselbloem said.

“We are not playing games,” said the Marxist economics professor (who has made a career out of experiments in Game Theory).

But in a clear attempt to divide his opponents, Varoufakis lambasted Dijsselbloem for wrecking the chances of a deal minutes before the meeting started. He said he had been willing to sign “there and then” a draft deal offered by Moscovici foreseing a “four-month intermediate program pending a new contract,” that would have been monitored by the European Commission alone. But he complained that Dijsselbloem had withdrawn “this splendid document” and replaced it with one that insisted on framing a deal in the context of the existing agreement–an agreement that “has failed in the minds of all people who don’t have a vested interest in pretending that it hasn’t failed,” Varoufakis said.

Varoufakis had said last week he could accept 70% of the conditions of the current deal but wanted to change 30% of it, including what finance minister Yanis Varoufakis called “clearly recessionary” measures such as taxes on low-income pensioners and further rises in value-added tax. The creditors say they won’t mind if Athens replaces certain items if it can find the money for them, but they refuse to accept any “rolling back” of measures implemented by the previous government.

But officials said that Greece’s coalition government hadn’t been able to give any written proposals on what it could and couldn’t do,even after five days of “technical discussions” with Brussels.

“The problem is that the technical discussions couldn’t even show where the end of the 70% was, and where was the 30%,” Moscovici said.

Dijsselbloem said that for practical purposes, Greece needs to signal in the next couple of days the basis on which it intends to carry on negotiations. Otherwise, countries such as Germany and Finland won’t manage to get it through their respective parliaments before the 28th.