Why is the Bitcoin Bowl no more? 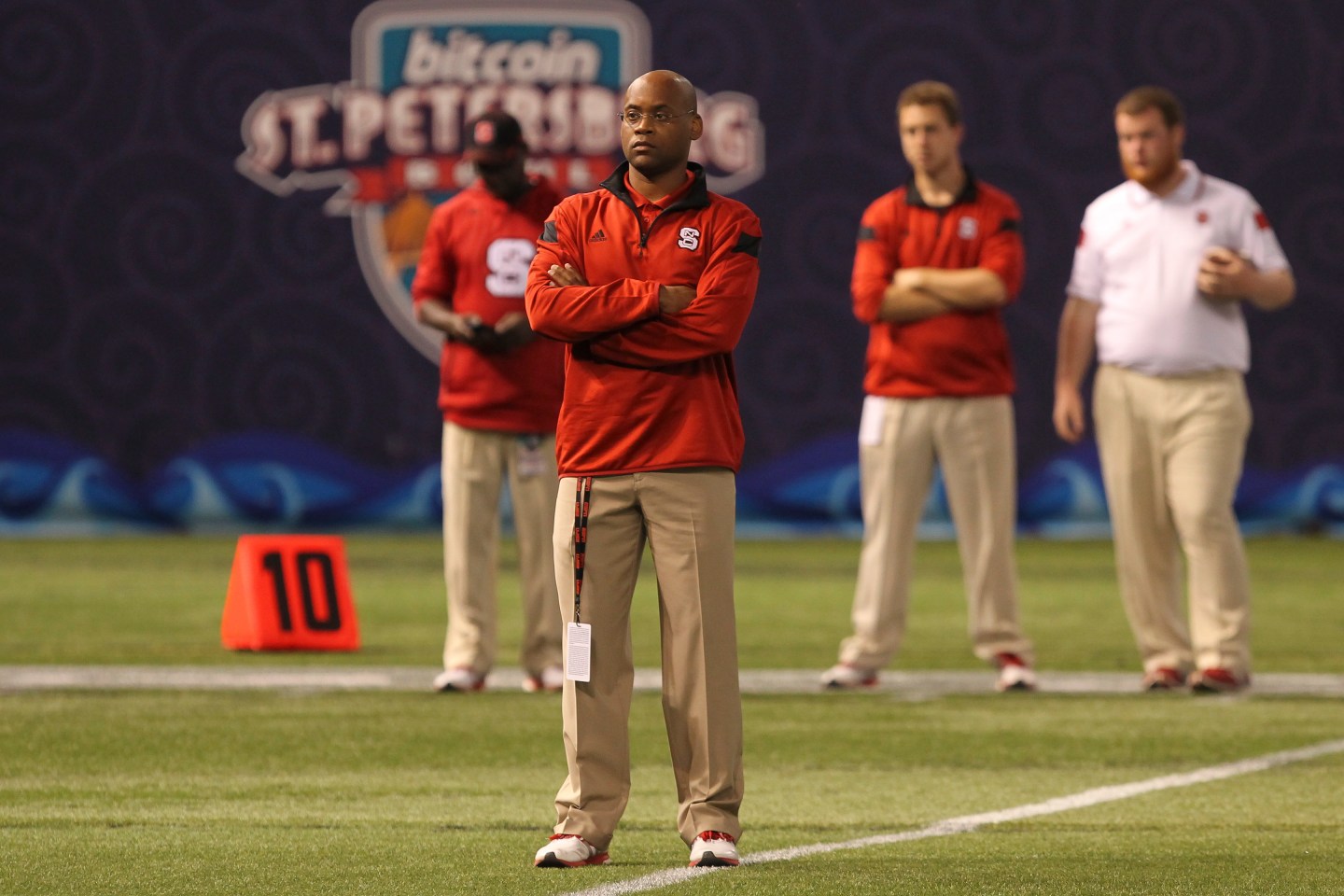 Last June, the bitcoin payment startup BitPay cut a three-year deal with ESPN to be the title sponsor of the St. Petersburg Bowl, an annual NCAA college football postseason game. The game took place on December 26 in Florida, between North Carolina State University and the University of Central Florida, and there were supposed to be two more years of the game with the ‘Bitcoin Bowl’ branding. But the sponsorship has abruptly ended. The news broke on April 1, but it was not an April Fools’ joke.

You might have thought that bitcoin—both the peer-to-peer technology and the virtual currency that it supports—would gain valuable exposure to a larger, more mainstream audience by sponsoring a college football game. So: why end the deal?

Julia Patterson, a spokesperson for BitPay, would only say that it was a “mutual decision” between ESPN and BitPay. “I can’t give any more comment right now,” she said. “I think probably in the future we’ll be able to talk about it more, but at the moment, we’re not going to go into it.” She did add that the company has been inundated with calls for comment about the news. ESPN has taken the same route: it told CoinDesk that “the decision to rebrand the event to the St. Petersburg Bowl was a mutual one.”

The St. Petersburg Bowl is not exactly a golden opportunity for marketing exposure. The game was played on a Friday night, the night after Christmas, between two teams from minor athletic conferences. If BitPay wanted to get its name on a high-profile sports event, this was no slam dunk.

BitPay, which launched in 2011, has appeared to go through problems recently. In January, the company laid off nine employees. It reportedly has small margins on its bitcoin transactions. And it was surprising to many in the community when BitPay spent big money (believed to be in the single-digit millions) for a college football sponsorship. Along with other payment companies in the space, BitPay suffered big losses when the price of bitcoin dropped precipitously last year. Is the company in trouble?

Insiders and obsessives on Reddit’s bitcoin forum are already sounding the alarm, speculating that the dropped sponsorship is a possible death knell. “I believe Bitpay is getting drilled in the bear market worse than Coinbase,” commented one user. “They make barely any money on the transactions… BitPay has got to be bleeding money.”

It’s possible that both parties truly did agree that the sponsorship was not productive. The deal brought ESPN some light ridicule. When the network announced the news in June, and then when the game aired in December, there was widespread mocking on Twitter and other social media. Today, again, when news of the axed sponsorship came, so did the jokes on Twitter. “Sounds like they’ve been… devalued,” tweeted @AndrewBucholtz. Even CBS Sports, in its news story, couldn’t resist from joking that readers would be “crying” about the dropped deal.

Of course, it’s possible that it’s much simpler than any of this analysis. It’s possible that BitPay evaluated the benefit of the sponsorship, concluded that it wasn’t a smart use of its marketing budget, and acted quickly.