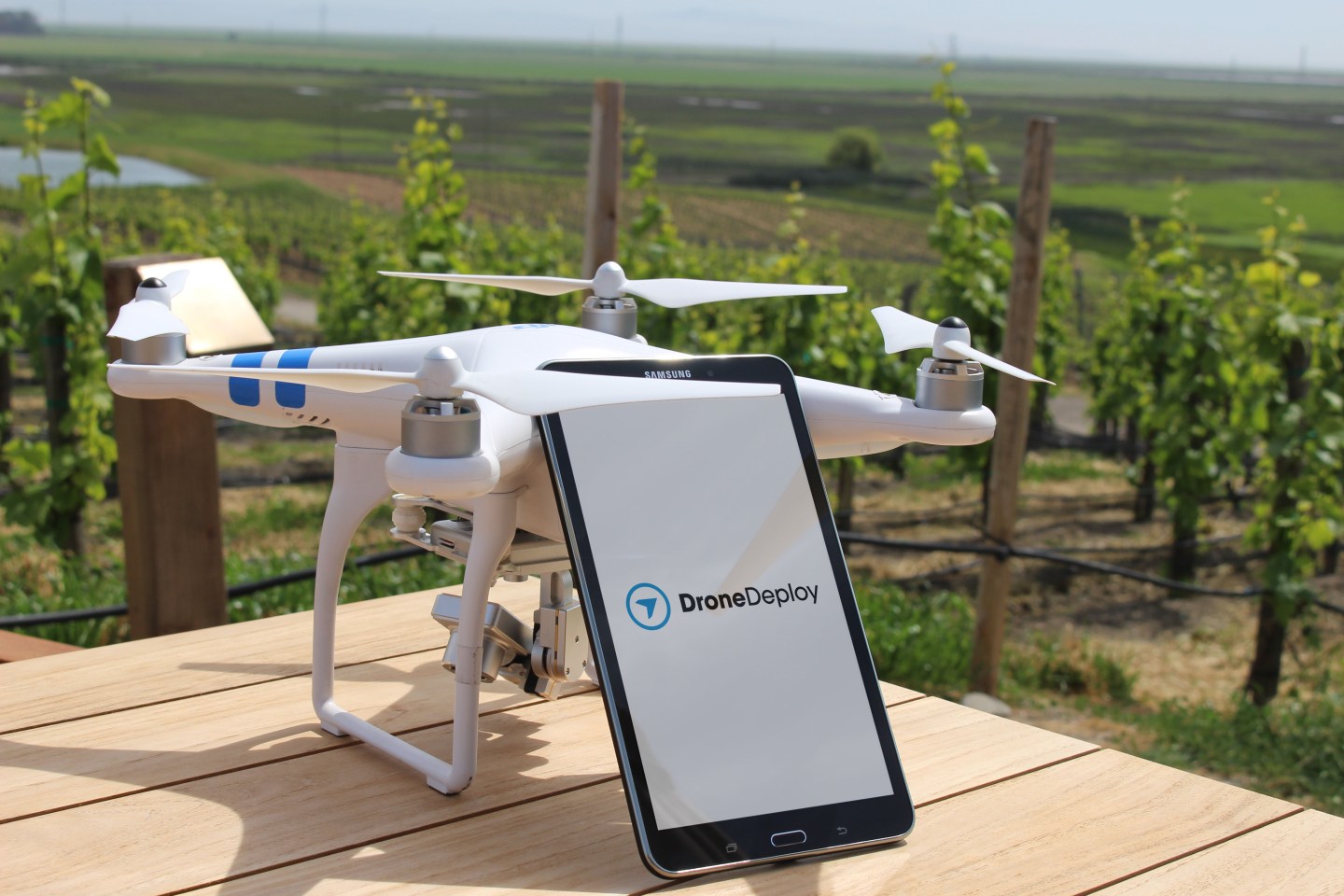 Dozens of companies are testing drones for real estate insights, agricultural applications and even package delivery, as is the case with Amazon.

Far less has been said about how the data these devices collect will become part of real-world business applications.

Enter DroneDeploy, a three-year-old cloud software startup that this week disclosed a $9 million Series A round led by Emergence Capital. Its service, priced starting at $99 per month, helps businesses incorporate aerial maps and images into mobile applications.

Notes Emergence Capital general partner Kevin Spain: “DroneDeploy’s software solutions in their ease-of-use, speed with which they generate data, and ability to leverage the cloud to instantly deliver critical information to users’ smartphones and tablets.”

The San Francisco-based company’s co-founder and CEO, Mike Winn, said DroneDeploy’s early adopters include farmers, constructions contractors and mining companies that need a bird’s-eye view into changing conditions on the ground. The software can even deliver maps while the drone is still in flight.

“You can turn the drone on and build a 3-D model or map of your farm or land, and you can do this very cheaply,” Winn said.

By some estimates, the global market for non-military applications is $2.5 billion and growing at a pace of at least 10% annually. That’s despite a very uncertain regulatory environment.