The perils of spending more time with your family 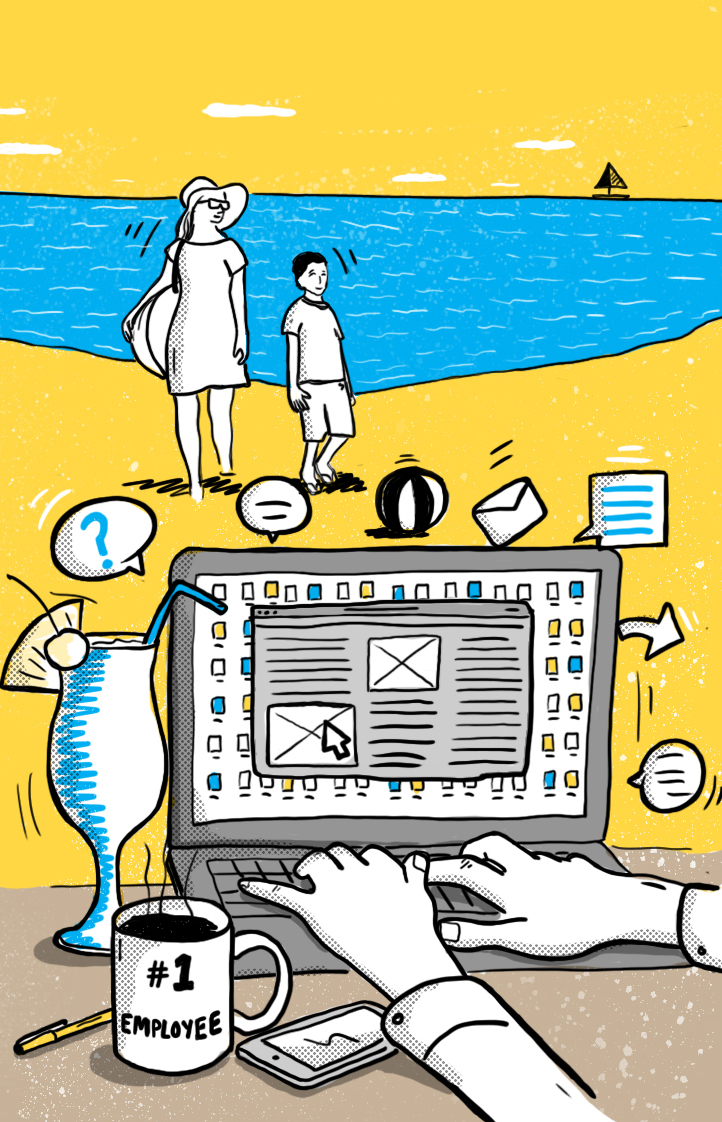 A few weeks ago, Google (GOOG) CFO Patrick Pichette made a big splash among the digerati when he resigned from his august corporate position to “spend more time with his family.” Aware, perhaps, that the explanation might engender some snickering, he penned a letter of farewell to all that (which went viral), and offered a lengthy and thoroughly Google-ish disquisition elaborating on all the wonderful things he would do with his family for the rest of his life—he’s 52—including trips to Kilimanjaro and other adventures. “I could not find a good argument to tell Tamar we should wait any longer for us to grab our backpacks and hit the road,” he wrote. Tamar is his wife. Me, I imagine those are some high-end backpacks.

Don’t get me wrong. I don’t mean to cast aspersions. Perhaps I’m just jealous. I’ve always wondered what life was like for those who, after a lifetime of wage slavery, are launched from the bosom of the corporation. I decided to take a look at what happens when formerly powerful and overscheduled revenue engines abruptly find themselves living the dream. Was Pichette typical?

Coincidentally, thanks to recent downsizing events in a wide range of industries, there seem to be more than a few such individuals who are spending more time with their families. My friend Brewster is one such. I went to see him to find out what it’s like.

From the beginning, apparently, it’s been pretty wonderful. He was used to waking up at the crack of dawn for about 25 years or so. “Now I can sleep as late as I want,” he told me, which, in his case, often means staying in the haystack and lounging about until 7:00 or 7:15 a.m. “Then I feel like I’m going to jump out of my skin,” he said with a chuckle. Wow, I thought. That’s luxury. He then waxed rhapsodic about the time he gets to spend with his high-school-age kids, who now actually have an opportunity to say hello to him on their way out of the house with a Pop-Tart in their mouths. Then he gets to spend more time with his wife for eight or nine hours until dinnertime.

During those long, languid hours, he can surf the many websites that hold the minute-by-minute news of the day. For so long he barely had time to think about things amid the crush of daily duties and insanities. Now he has ample chance to review deals taking place in his business universe that he’s not involved in, read about the exploits of former colleagues, follow their promotions, rejoice in the success of former subordinates, and ruminate on how his company’s stock is doing now that he no longer receives any options in it.

A while ago, because a person has to do something other than enjoy himself, he took up golf and spent more time with his family by disappearing off to a golf course for several hours a day. This was more fun than he expected, since it gave him a chance to hang with other folks who were spending more time with their families as well. There was also the joy of discovering athletic prowess he never knew he possessed. He now reports that, after allocating additional family time to some serious lessons, he has no doubt that he’ll soon pull his handicap down into the double digits.

When I last caught up with my friend, he was at home, sitting on his patio while his family cavorted in the backyard. It was one of the first warm days of spring, the barbecue was going, and I didn’t want to disturb this bucolic scene, but I had to ask him: “Dude, why are you in a business suit? Wouldn’t you enjoy spending more time with your family even more if you were kickin’ it in some comfy Bermudas with a feisty glass of Pinot by your side?”

“Dude,” he replied, poking at his phone in what I can only describe as quiet frenzy. I could see he was on LinkedIn. “Something may pop any minute.”

I said goodbye. Then I went back to spend more time at the office.