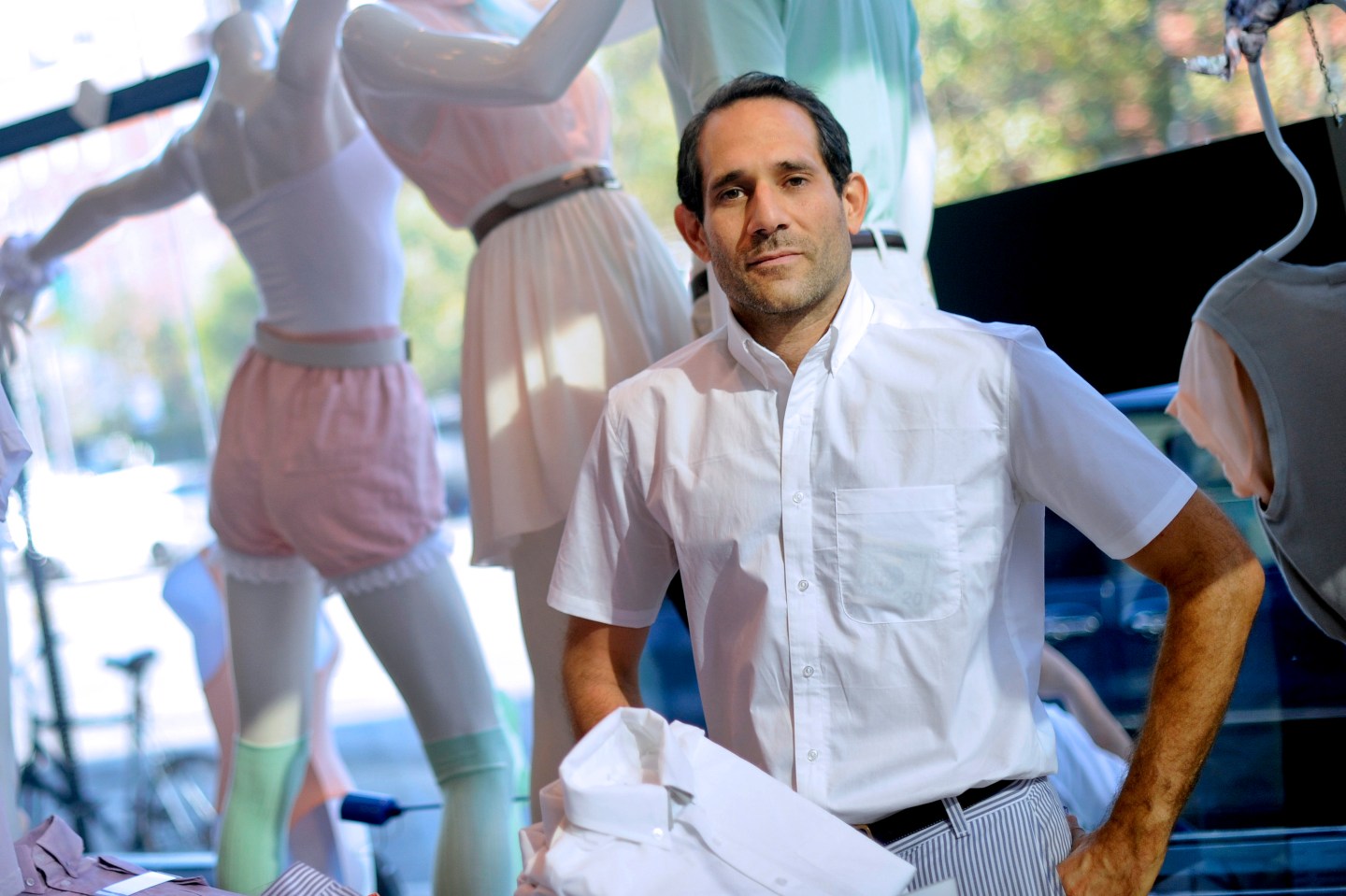 The founder and former chief executive of American Apparel, Dov Charney, plans to file a lawsuit claiming $40 million in damages for breaches of his employment contract, and more lawsuits are planned, his attorney said on Friday.

Charney was fired in December, six months after he was suspended for allegedly misusing company funds and for allowing the posting on the Internet of nude photos of a former female employee who had accused him of sexual harassment.

Charney has denied the allegations.

“There will be other lawsuits we will be filing against the company, which they are aware of but have not revealed to the media,” attorney Keith Fink told Reuters in an email.

The claims for damages, first reported by Bloomberg, include almost $6 million in severance, $1.3 million in vacation-time pay and at least $10 million for emotional distress.

Charney is also seeking 13 million shares of the company, worth about $9.2 million as of Thursday’s close. It was not immediately clear what makes up the balance of the damages being sought.

Fink said Charney was also likely to sue for defamation and breach of privacy related to his personal email and will seek a probe into the $10.4 million of expenses that American Apparel has said it incurred in investigating his alleged misconduct.

The lawsuit alleging defamation is “top priority” and might be filed as soon as next week, Fink said.

Fink alleges that the investigation was not independent, that he was denied access to documents, and that Charney was not questioned.

“These claims are baseless, and we are confident that Dov will lose on each and every one of these,” American Apparel spokeswoman Liz Cohen told Reuters in an email.

The U.S. Securities and Exchange Commission has ordered an investigation into matters arising from the review by the board committee that formalized Charney’s firing, the company said on Wednesday.

American Apparel said it was not immediately clear whether the probe related to Charney’s conduct or to the board’s review.

Charney, 46, started American Apparel’s predecessors in 1989 and had run the company since 2007, when it went public.

American Apparel (APP), which has not turned a profit since 2009, lost $28 million in the fourth quarter.