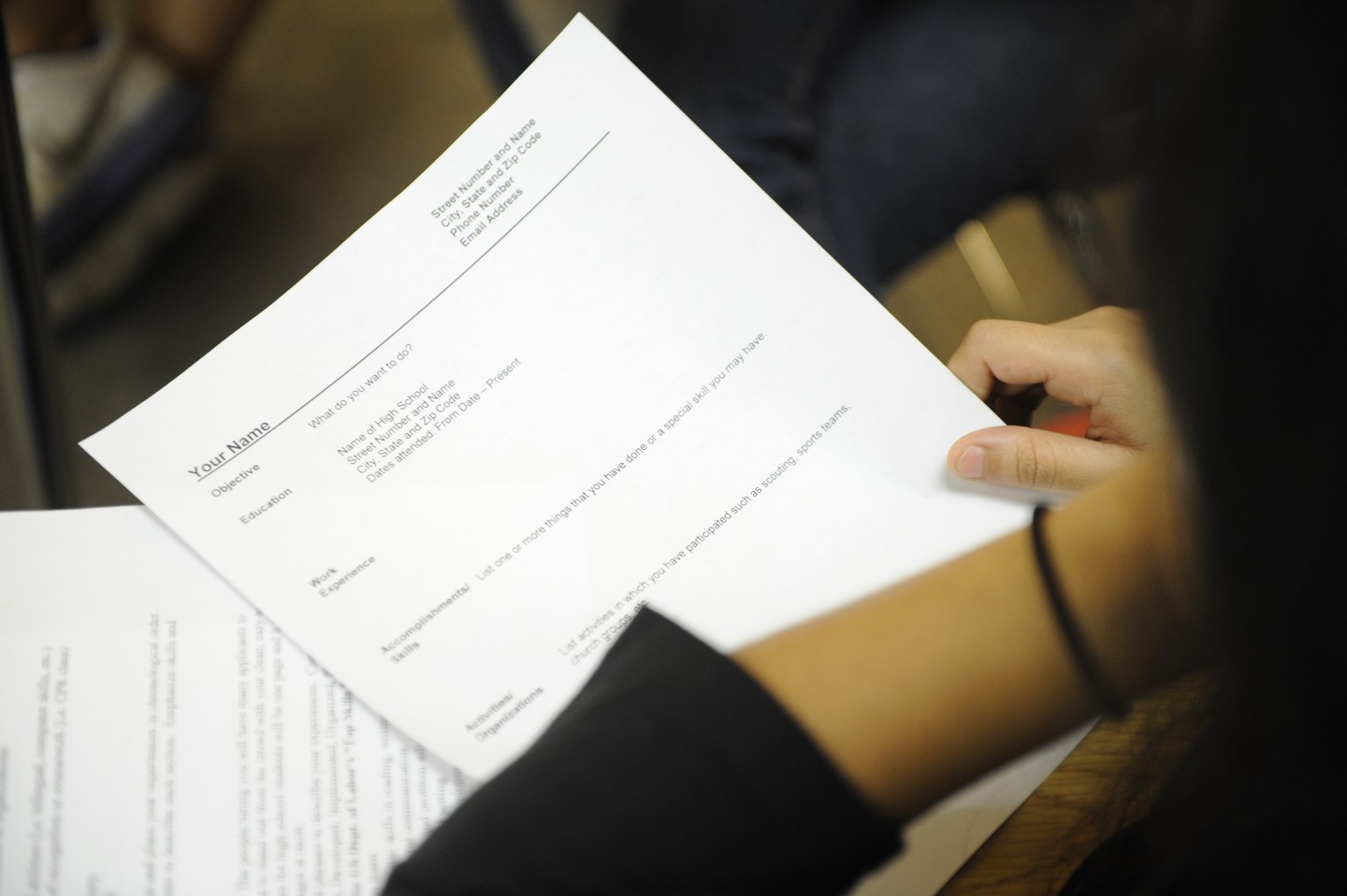 A couple of months back, one of my friends asked for feedback on her resume.

It was a beautifully presented document. She has strong experience in building software and building teams. She included all her relevant job titles, background about her education and interests, and her many awards. But as I looked over her resume, I came to a disconcerting conclusion: though she was impressive, I wouldn’t have hired her based on her resume.

I have long been interested in patterns of gendered language. Last year I published a text analysis of gender bias in performance reviews, and in my day job, I make software that measures bias in job listings.

Looking at my friend’s resume, I started thinking: Do men and women present themselves differently in these critical hiring documents, and could I measure the differences?

Several weeks later, I’d collected 1,100 technology resumes in all, 512 from men and 588 from women. They include recent college graduates and seasoned leaders over 20 years into their careers. They work in engineering, technical marketing, business development, product management, design, and a range of other roles.

I found stark differences between how men and women write their resumes, differences that have ramifications for the hiring managers and anyone who is concerned about the lack of women in technology.

Here’s what I found.

Yet when it comes to providing detail about previous jobs, the men present far more specific content than the women do.

Everyone’s resumes include their former job titles, but women are significantly more likely to summarize their prior work at a high level rather than describing their roles in detail. 91% of the men include bulleted verb statements that describe their achievements on the job, but only 36% of women do.

Highlights on the delivery team included working on a new automatic tracking platform, partnering with product management and marketing, and hiring four new team members. I am also listed on three patents for my work during this period and was recognized in the company-wide Emerging Leaders program.

By contrast, William describes the same role by providing a bulleted list of specific responsibilities:

Their resumes are representative of the men and women in this study. The men are more likely to delineate their concrete achievements as unrelated facts, while the women generally create a narrative that is cohesive but light on detail.

Most resumes in the study use standard sections, including Professional Experience, Education, and Skills. However, while 36% of the women also include novel sections, such as Continuous Learning and Personal Attributes, fewer than 3% of the men include this type of content. Women are also twice as likely to include professional summaries at the top of their documents.

Men and women include an Interests section in about equal proportions, about 45%. This section includes everything from volunteer experience to skydiving. But here too, women provide more color; 85% of the men who include Interests restrict it to one line, whereas women’s Interest sections average three.

These differences have big implications for hiring managers. The men and women in this study have similar backgrounds. The resume gap reflects differences in how they present themselves, not in their experience or credentials. The women tend to tell their stories in summary, while the men let the facts speak for themselves.

Here’s the problem, though: The tech industry, which is not coincidentally heavily male-dominated, is far more equipped to appreciate precise execution. This is not because it is the only valuable skill set, but because it is easier to quantify and more well-understood.

This places an extra burden on women looking for tech jobs to be mindful of their resume communication style. But when they do that, everyone loses: if only one set of skills is valued in the hiring process, teams are less effective and products are worse.

The real call to action here is for hiring managers. If you want top talent, you need to recognize different resume communication styles and the skill sets behind them. Managers who get this right in the hiring pipeline will build better teams and better products.

Kieran Snyder is the CEO of Textio, a machine learning company that analyzes job listings to make them more effective. She holds a PhD in linguistics from the University of Pennsylvania, and has published widely on text analytics and technology. Her last piece for Fortune was about the “abrasiveness trap,” how men and women are described differently in performance reviews.