Is Sling TV the answer to your cord-cutting needs? 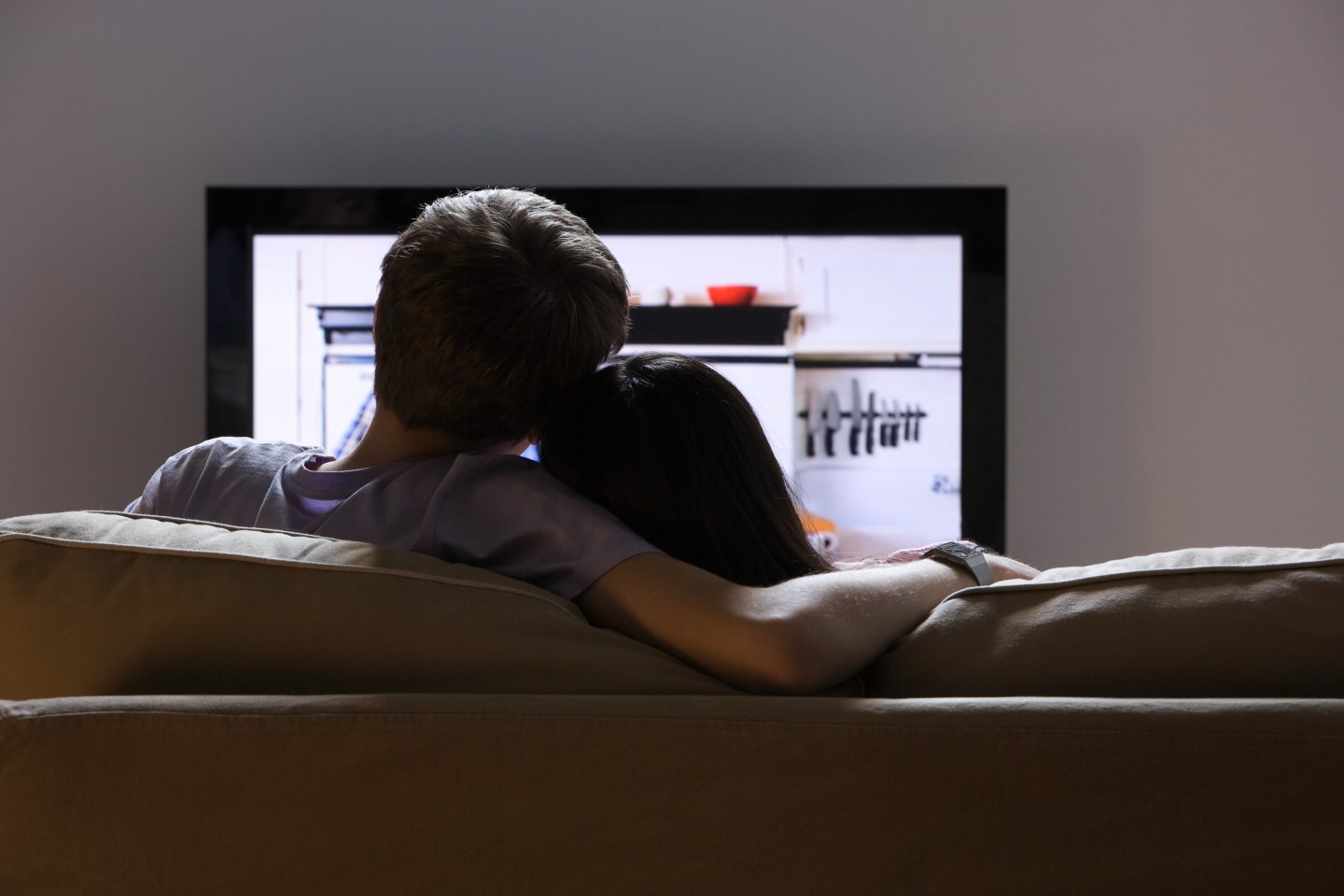 I’m frantically tossing couch cushions to the ground, each one resting atop the last in a pile resembling a life-size game of Jenga. The Apple TV remote is missing. Again. As the last cushion slams down, I yell, “I found it!” My arm rises up, thrusting a glimmer of silver and black into the air.

My triumph? Finding our Apple (AAPL) TV remote. This simple accessory holds enough power over my household that when it goes missing it can cause a chaotic tailspin from which we might never recover.

You see, four years ago we cut the cord. We dropped off our cable box at a Comcast (CMCSA) office and vowed to never look back. And, for the most part, we haven’t.

We don’t have the option of turning on the TV, finding a channel and watching whatever the network is playing at the time. My family’s viewing habits are such that we have to seek out content we want to watch.

Our setup consists of an Apple TV, a subscription to Netflix (NFLX), another to Hulu, and the borrowing of passwords from family members to access programming from HBO Go (TWX) and Disney (DIS). None of this should come as surprise to avid followers of this column, as I posed the question “Is it finally time to cut cable?” ­­­ late last year.

Recently I started using a new over-the-top service from Dish Network (DISH) called Sling TV, which is currently only available in the U.S.

The service offers live television streaming using your Internet connection. It eliminates the traditional cable model in the sense of forgoing any lengthy contracts or promotional prices for a set amount of time.

The first time I used Sling, I found myself scrolling through the channel lineup. I scrolled past ESPN, TNT, Travel Channel, ABC Family, Disney Channel, and ultimately landed on Food Network. For the next three hours I watched Chopped, a culinary game show, marveling at each contestant’s creativity.

In addition to the base package, users can add content packages for $5 per month. The three packages consist of a sports lineup (with nine additional channels), a kids offering (with another five channels) and finally a news and info package (which includes four more channels).

The total cost for Sling with the all the extras included is $35 per month; a figure that pales in comparison to the cost of a traditional cable subscription. Just look at your bill and I’m sure you’ll agree. I’d wager even after adding in the cost of a Netflix and Hulu Plus subscription, you’re still saving money.

Currently available on streaming devices from Roku, Amazon (AMZN) and Microsoft’s (MSFT) Xbox, Sling plans to add Google’s (GOOG) Nexus Player in the future. Mobile users will be happy to find iOS and Android apps in the respective stores. Lastly, Sling also has an app for Apple’s OS X and Microsoft’s Windows.

The interface is responsive and laid out in an easy to navigate manner. Channels scroll horizontally across the bottom of the screen, providing a thumbnail of what’s currently on and a glimpse of what’s to come. Sling’s menu also provides a search mechanism along with a selection of movies available for rent.

Recently aired shows are available to watch on-demand, as is the ability to pause or rewind a live program. (Not all channels offer this functionality, such as ESPN.)

The adjustment of going back to live television for someone acclimated to the freedom on-demand affords is still ongoing. At times I enjoy being able to turn on the television, select a channel and be mindlessly distracted. Other times I find myself back in Netflix searching for a new documentary. The end result is still entertainment, only Sling’s offerings require me to relinquish control of what’s currently on the screen.

For someone who is thinking of cutting the cord, Sling is a tempting product. Not only does it offer live television, it also offers live sports.

Previously, when I was asked if ditching cable was a good idea, my response always centered on whether or not the person asking was a sports fan. If so, then I advised to keep cable. With Sling, that’s no longer the case. Granted, the selection is currently limited to ESPN and its long-list of channels. But, hey, it’s a start.

As for that silver remote that’s been the source of so much anxiety at my house. We don’t miss it a bit. Having to switch to Roku in order to access Sling afforded us a larger, harder-to-lose remote.

When the day comes that we finally lose the remote at least we can continue watching live TV. If nothing else, Sling has improved our lives in at least one aspect.

Jason Cipriani is Fortune’s personal technology columnist and the author of its weekly “Logged In” column.