Apple’s ResearchKit is a big hit at SXSW 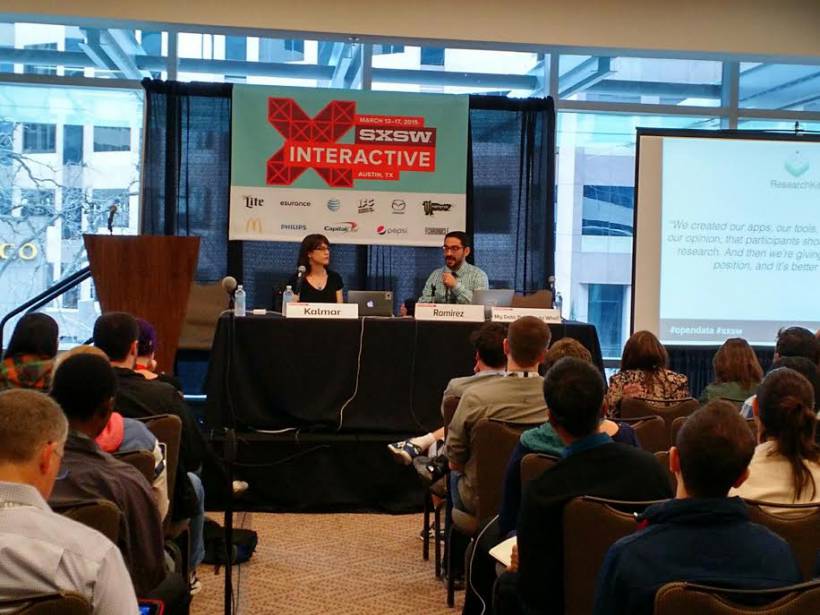 Apple’s ResearchKit only launched last Monday, but already it is the hot topic at many of the medical panels at SXSW Interactive. And it should be.

“It has the potential to accelerate everything from breast cancer research to drug development, ” said Dr. Leslie Saxon, founder and executive director of The USC Center for Body Computing. “It’s going to be the ultimate mash up.”

ResearchKit, an open-source platform for creating iPhone apps that collect healthcare research data, will bring together huge swathes of personal data from a significant portion of the population. This is a crucial step in tying big data, connected sensors and medicine together for advancing both public health goals (i.e., anticipating how a disease like the flu might spread) and personal health goals (i.e., improving outcomes for diseases like diabetes).

Dr. Saxon, who spoke with me after her SWSW panel Biometrics and Identity: Beyond Wearable, said that her institution soon will launch a ResearchKit app for an existing study that tracks patients after atrial fibrillation repair surgery. Once she can start aggregating data from her patients with data from other doctors who are using the app, she will have a huge number of data points that she can use to track everything from the efficacy of the surgery in certain patient populations, to which doctors might get the best outcomes. If statistically relevant data shows up, perhaps those doctors are doing something different that the medical community could learn from.

“The way medicine works today, the way you learn to do something, you might have to do a procedure 60 times before you realize you are doing it wrong,” Dr. Saxon said. “[ResearchKit] has an impact on the way we can learn about new procedures, the way we can conduct clinical trials, about everything. It will accelerate everything.”

But before everything actually accelerates, the medical research industry will need three things: (1) A larger sample size; (2) A way of letting people share their information in a granular fashion and; (3) A place to put the terabytes of medical data that ResearchKit generates.

Apple (AAPL) seems to recognize the first problem of the limited sample size, but isn’t going to do anything about it other than making ResearchKit open source. Perhaps that’s why many are calling for Google (GOOG) to get involved with an Android equivalent.

“My hope upon hope is someone at Google is just refreshing the [ResearchKit] page… because we need to get data from everyone on these platforms,” said Ernesto Ramirez, a program director for Quantified Self Labs, during an SXSW panel called My Data Belongs to Who?

The second problem of data access and privacy is a bit more interesting. During his panel, Ramirez encouraged people to opt into sharing their data with research institutions and to donate their data to science, while also entreating wearables makers to do the same. Rachel Kalmar, a data scientist with Misfit Wearables, was less utopian, pointing out that sharing data kills the business model of most of these wearable device companies, turning them into a commodity.

So what is the research community going to do if consumer companies don’t want to share access to that data. Or what if they want to charge a fee, or only share heavily-processed data that might be of limited use to the medical community? (For example, how is a researcher supposed to compare what the Fitbit algorithm calls a step to what the Jawbone algorithm calls a step?)

There also are questions of consumers trying to govern what data ultimately gets shared or “donated” to science. Dr. Saxon said that any person who shares his data must share all his data for it to be useful. For example, an obese person sharing his weight but not his blood pressure isn’t terribly helpful.

Ramirez wanted to offer people the chance to donate their data to some projects, but not others. For example, someone might donate their data to Roche, but not Genentech. Or perhaps to their alma matter, but not another university. That too could get dicey, since there is so much collaboration possible in this space, once the data is uploaded and searchable.

Plus, that collaboration and the links between previously unknown conditions are part of the promise inherent in bringing information from so many patient populations together. And that brings us to the final issue to consider as we enter the ResearchKit era. Where are we going to put all this data? Will researchers even be able to share the data across servers?

Apple is acting only as a conduit for the iPhone data to get to researchers. For now, universities that build apps on the ResearchKit platform will host their own data. However, it’s possible that the data might eventually end up on government servers, especially if the National Institutes of Health deems it essential to the public good, said Ramirez. Meanwhile, health data from private companies often is hosted on the companies’ own servers if they are large, or Amazon’s (AMZN) cloud if the companies are small, said Kalmar.

There are lots of questions here, and I expect more. But what is clear is that, in less than a week, ResearchKit has moved the conversation from the theoretical to the realm of the practical. And so now the conversations around big data, sensors and medicine are now able to go beyond a few really cool pilots to something much bigger that will accelerate medical advances. But first, we need to start having these conversations to answer the questions posed above.