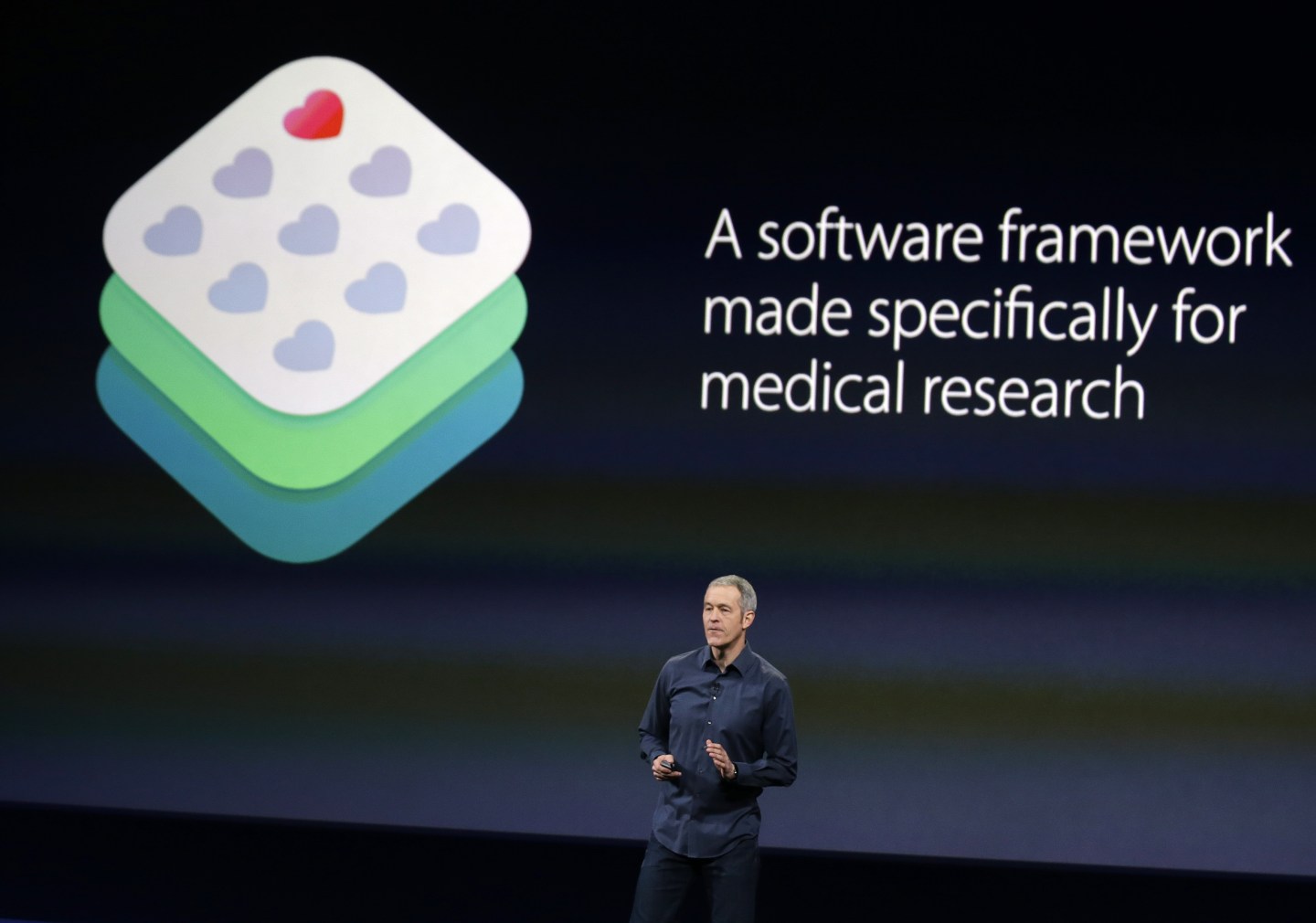 I really want to adore what Apple (AAPL) announced yesterday. Not the over-hyped and overpriced timepieces, but rather the ReseachKit platform for medical research.

This is Apple’s new open-source software that should expand the amount of information available to those trying to cure and/or mitigate diseases. No longer will clinical trial participants need to be near major medical hubs, nor will physicians need to wait for days or weeks for patient-submitted information. Instead, patients will be able to use iPhone apps built on top of ResearchKit, which can leverage both the device’s hardware (sensors, accelerometers, etc) and software (HealthKit, plus a new e-consent functionality that should clear most IRB barriers).

“We’ve been sending out questionaires to breast cancer survivors each quarter, asking them to remember how they felt weeks earlier,” explains Ann Partridge, director of the Dana Farber Cancer Institute’s Adult Survivorship Program, which helped create one of ResearchKit’s inaugural five apps. “It obviously can be difficult for people to remember accurately, but now this app will let people provide us information in real-time. We think it will greatly improve the quality and quantity of our data.”

Here is how tech blogger David Pogue summed it up:

New apps for Parkinson’s, diabetes, asthma, heart health, breast cancer–this could be HUGE. No evident profit motive–Apple at its best.

As I said, I want to love it too. But, if Pogue is correct about the lack of profit motive, then I have an obvious question:

In other words, the vast majority of patients will be excluded from ResearchKit-based trials. Perhaps the overall pool will still be expanded due to iPhone’s geographic diversity, but it’s still an artificial restriction that hinders research. And few clinical trials have the resources to send out hundreds or thousands of loaner iPhones.

Which brings me back to Google (GOOG). Couldn’t Apple have quietly worked behind the scenes with Google to figure out some sort of grand partnership whereby ResearchKit would be optimized for both iOS and Android? Sure there are difficulties — Google doesn’t control any of its own smartphone hardware anymore, Apple is a more trusted brand in terms of privacy, etc. — but nothing that couldn’t have been overcome for the sake of the public good.

ResearchKit is open-source and research institutions are not prevented from creating (or hiring someone to create) sister apps on Android or other platforms (Windows, BlackBerry, etc.). But the entire thing is so tightly integrated with iOS that such clones could be difficult and expensive to design. Had Apple and Google worked together, perhaps OS flexibility would have been better enabled. And it is no secret that Google is actively interested in healthcare research.

To be clear, I am not slamming Apple for creating ResearchKit. It is wonderful and better than the alternative of no ResearchKit. The early adopters I’ve spoken with in the research community and e-med developer communities are very excited.

I simply want it to be even better. And, for that, Apple should call Google.

Sign up for Term Sheet, Fortune’s newsletter on deals and deal-makers.