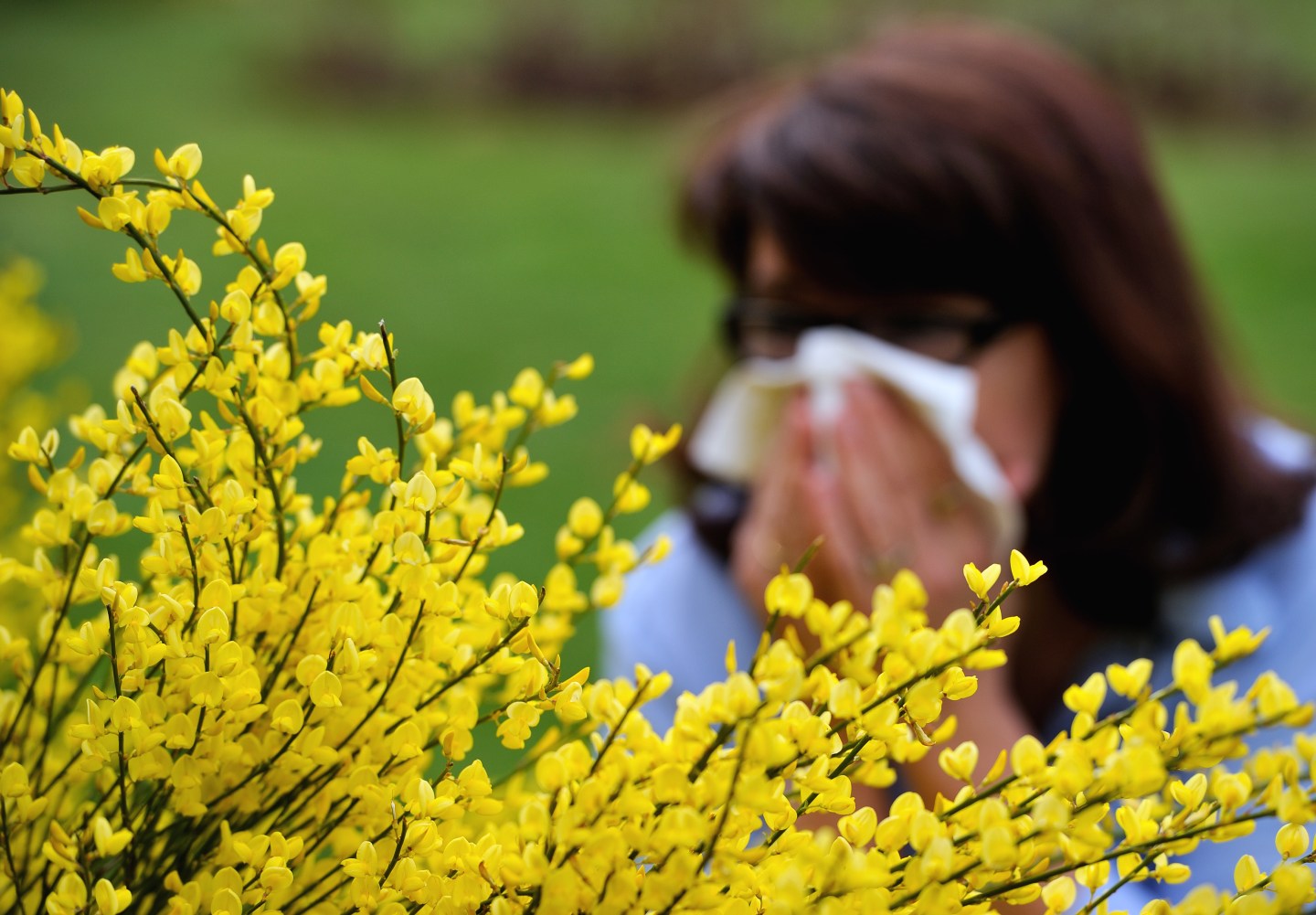 Ah, the rituals of spring! March Madness, the return of the Pacific wren, yards across the nation being spruced up, the bears awaking from hibernation–and big pharma’s lawyers fighting in court over ads for allergy cures.

Johnson & Johnson Co. (JNJ) has sued rival drugmaker GlaxoSmithKline PLC (GSK), alleging that Glaxo is trying to grab market share unlawfully by making false claims in ads for its new product, right at the start of the spring allergy season.

The allergy cure market is, if you’ll pardon the phrase, not to be sneezed at: around 40 million Americans alone suffer from hay fever and other indoor/outdoor allergies, the kind at the heart of the suit. The global market for allergy diagnostics and treatment will top $35 billion this year, and grow to nearly $47 billion by 2020, according to new figures out this week by BCC Research.

Two Johnson & Johnson units, McNeil-PPC Inc and McNeil Consumer Healthcare, have filed the lawsuit in U.S. District Court in Manhattan, according to Reuters. The lawsuit accuses Glaxo of making unsupported claims about its allergy nasal spray Flonase (sold in other markets as Flixonase) at the expense of McNeil’s drugs Benadryl and Zyrtec.

A Glaxo spokeswoman said the company was reviewing the lawsuit.

The fight has been brewing for some months. Glaxo missed most of last year’s allergy season for Flonase, only getting approval from the Food and Drug Administration to sell it over the counter in July. That meant that the increased competition would only kick in this spring.

A Glaxo TV spot says Flonase outperforms the No. 1 allergy pill, which the ad does not name, and controls six allergy symptoms while the leading pill controls one, according to the lawsuit. Studies do not support the claims, the lawsuit says.

The lawsuit says McNeil stands to be harmed “with the prime allergy sales season quickly approaching,” and it asks for an injunction.