Sony’s PlayStation division is entering the entertainment business with ‘Powers.’ Here’s why 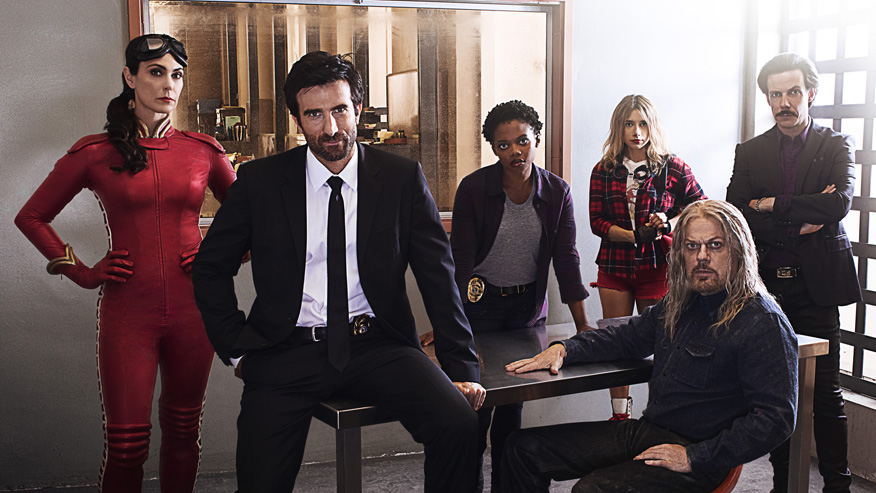 The cast of "Powers" on Sony's PlayStation Network.
Courtesy of Sony

Sony Computer Entertainment has more than 64 million active PlayStation Network users around the world who connect to the online gaming platform through PlayStation 4, PlayStation 3, and PS Vita gaming devices. Of them, 10.9 million are subscribers who pay $50 annually for Sony’s top-tier PlayStation Plus service—think of it like Amazon Prime without the shipping.

Like Amazon, Sony (SNE) has entered the business of streaming scripted entertainment to make its offering more compelling. Sony Computer Entertainment has partnered with Sony Pictures Television and the producers of Breaking Bad to launch a 10-episode series called Powers, based on the comic book series of the same name by writer Brian Michael Bendis (Ultimate Spider-Man) and artist Michael Avon Oeming (Judge Dredd).

Sony is offering the first episode, which was directed by David Slade (Game of Thrones), to all of its users for free, and PlayStation Plus subscribers in the United States can watch the entire series for free. For everyone else, it’s $1.99 per one-hour episode ($2.99 per episode in high definition) in the PlayStation Store. A season pass costs $17.99 (or $24.99 in HD). Sony released the first three episodes of the series simultaneously and continues to release the final seven on a weekly basis. John Koller, vice president of marketing at Sony Computer Entertainment, says PlayStation Network will have an extensive window of exclusivity before Powers becomes available on Blu-ray, DVD, and other channels.

The trend in entertainment is towards more original content, Koller says, citing Netflix, Amazon, and Hulu as successes. All are available on PlayStation Network.

“We are storytellers that tell narratives well in gaming, and that extends cleanly into passive entertainment,” Koller says. “We started talking to Sony Pictures three years ago to find a way to engage the gaming industry. Our gamers don’t just play games, they watch great shows like The Walking Dead and Breaking Bad.”

Koller says after finding out the rights to Powers were available, the game company asked its community, as well as fans of the comic, if they’d be interested in watching a series about it. The answer was a resounding yes, so long as the show retained the gritty look and feel of the original comic.

The two Sony divisions worked together throughout the production. Sony Pictures Television owns the production and handled the shoot in Atlanta. Sony Computer Entertainment controls the business model, marketing and was active in making sure the series remained true to the gaming audience. Koller says Sony Computer Entertainment may expand the series into a video game.

“We’d like to go down the path of a Powers game in some capacity,” Koller says. “It’s good for marketing with brand equity and extending the franchise. Powers has an engaging, strong storyline that can be told in many different ways, including games. There’s a trend in television today with creating a universe like The Walking Dead and extending it with really good games like Telltale Games did. There’s a path there to look at sooner rather than later.”

Koller says Sony Computer Entertainment is very interested in original content, although the company does not have any other shows in production. The company is also waiting to see how Powers performs before committing to a second season. Sony plans to measure the success of the series in several ways, including number of views and percentage of completed views for each episode, as well as positive and negative sentiment around the show.

Sony is taking a very cautious first step into original programming, which is the complete opposite to Microsoft’s short-lived foray into entertainment with its Xbox Entertainment Studios and Xbox Originals, which released the World Cup soccer reality series Every Street United and the documentary Signal to Noise before being shuttered in July 2014, leaving many projects in different stages of development in limbo.

“Our strategy with original programming throughout has been to focus as exclusively on the gamer as possible, and we’ll continue on that path,” Koller says. “Microsoft had a very different view.”