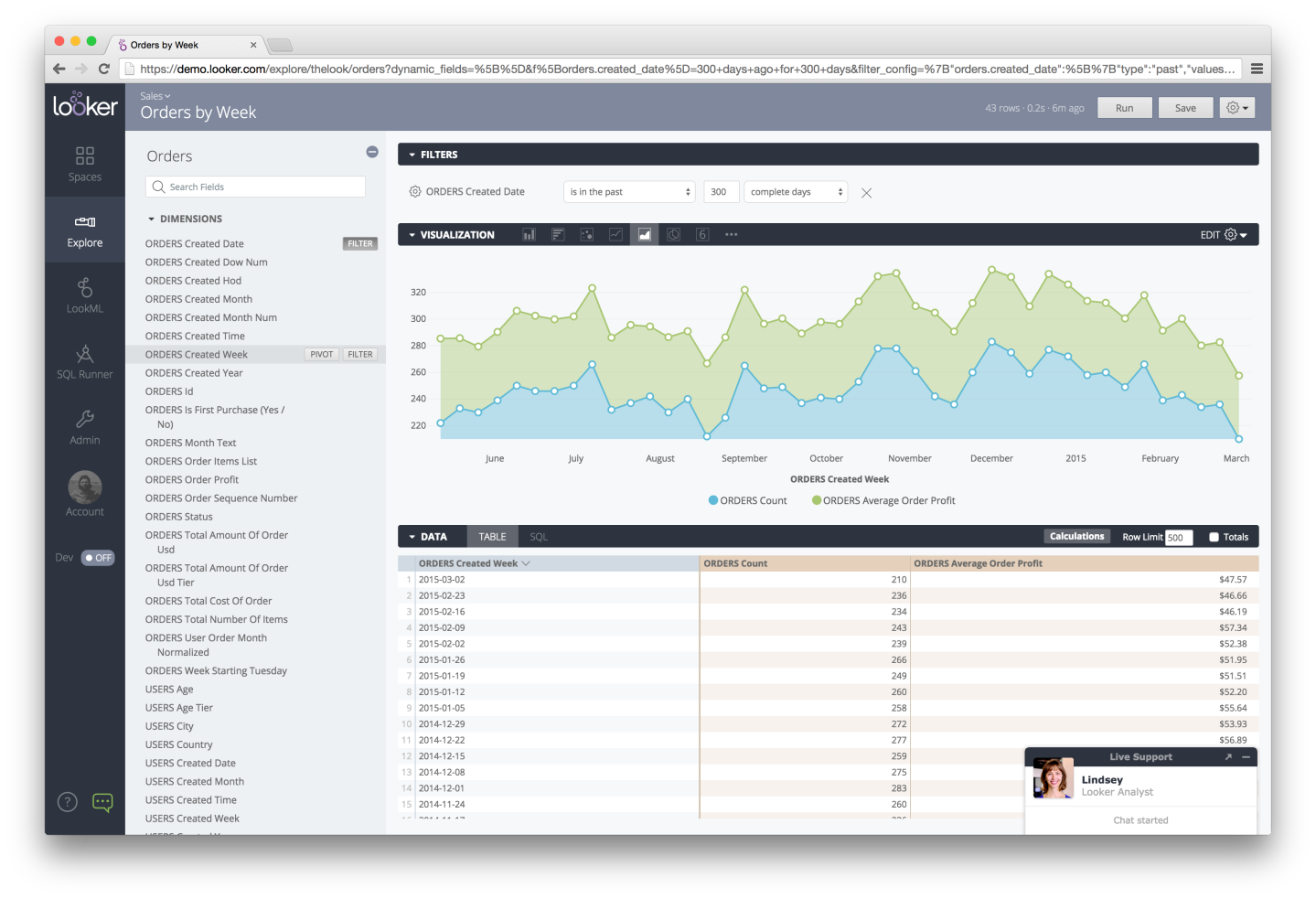 But after Looker’s software kept popping up within many of his firm’s other portfolio companies, Ward decided the two-year-old startup from Santa Cruz, California, was worth a look. “It’s hard to ignore that sort of natural virality,” he said, comparing adoption to the early word-of-mouth that drove Salesforce.com.

That’s one big reason that Meritech is the lead investor in Looker’s $30 million Series B financing round announced this morning, which also includes Sapphire Ventures, Redpoint Ventures, First Round Capital, and PivotNorth. Ward also is joining the software company’s board of directors.

Support for “self-service” queries is part of what differentiates Looker from other business intelligence software companies, said Looker founder and CTO Lloyd Tabb. Analysts can search for information using natural language, which gives more individuals across an organization a potential view (or “look” in Looker’s nomenclature) into data that could affect decisions. “The people who are data-savvy become the most important people in the organization,” he said.

The new financing will go toward investments in sales processes and international expansion, said Looker CEO Frank Bien, whose resume includes executive roles at EMC, Greenplum (Pivotal), Virsto (VMware), and Vignette. The company already has customers in Europe, Asia, and Latin America. Its revenue increased 400% last year, and its “trial to customer win” rate is approximately 70%.

“We’ve hit the growth phase of our journey,” Bien said. The company hopes to exit 2015 with more than 500 customers on its books. It previously raised $16 million in August 2013.