Shop till you’re on top 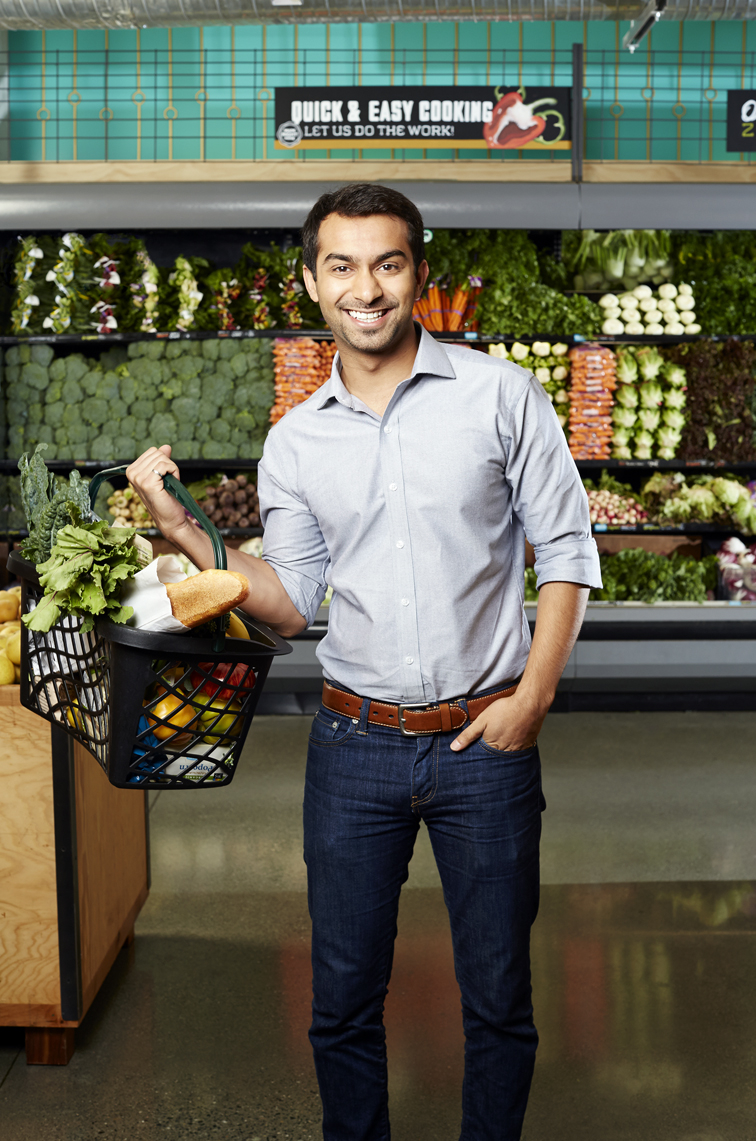 Apoorva Mehta, founder of Instacart, photographed at Whole Foods Market in San Francisco on September 25th, 2014. Instacart, is an app whch delivers groceries to people via a network of drivers.
Photo By: Gabriela Hasbun

Groceries are a competitive business with paper-thin margins. Apoorva Mehta believes his startup, Instacart, can succeed where others have struggled or failed. All it takes, he says, is sophisticated math—and a platoon of personal shoppers.

Two years ago the 28-year-old graduate of Ontario’s University of Waterloo saw an opportunity to briskly deliver groceries door-to-door without incurring the costs that bogged down traditional grocery stores and startups like Webvan, the dotcom service that imploded in 2001.

Amazon, the retail colossus (and Mehta’s former employer), has furiously expanded its AmazonFresh grocery service by building expensive warehouses for storing produce. Not Instacart. The San Francisco startup takes advantage of an area’s existing network of grocers by selling items from chains like Safeway, Whole Foods, and Costco,
as well as local markets. Without the burden of physical infrastructure, Instacart is free of the growing pains that confront Amazon and others.

“Instacart was operational when it was just me working from my apartment,” Mehta says.

Customers place orders using Instacart’s website or mobile application. A separate app, used by more than 1,000 personal shoppers whom Instacart has hired across 15 cities, guides them to stores from which they can buy goods—down to the aisle and shelf where an item is located.

Personal shoppers fill several orders at once as they go from store to store. The app suggests the best driving route to a customer’s home, taking into account weather, traffic, sporting events—even local construction. Instacart charges a premium based on the size of each purchase. It also offers a $99-a-year membership that waives the delivery fee for orders over $35.

Mehta wouldn’t disclose his company’s financials, revealing only that Instacart expects revenues to grow tenfold this year. In September, Instacart announced a partnership with Whole Foods. Mehta believes the deal will help reduce delivery times because personal shoppers will already be onsite. “Customers today are interested in options and services outside the four walls of the store,” says Walter Robb, co-CEO of Whole Foods Market. “If you think about how the grocery world is unfolding, it makes sense to explore Instacart.”

It will take more than curiosity for Mehta’s company to make it. Amazon appears bent on world domination. Google’s similarly minded Shopping Express service also counts Whole Foods as a partner. Others, such as FreshDirect and Peapod, aren’t far behind.

Mehta can feel the heat, even as his 90 employees settle into a new office in the South of Market neighborhood. The stiff competition has left him with little time to do much else, like play soccer or cook. “I’ve been known to make a mean grilled-cheese sandwich,” Mehta quips. “But now there’s a 50% chance it may be burnt.”