Kleiner Perkins zeros in on accuser’s inconsistencies in sexism trial 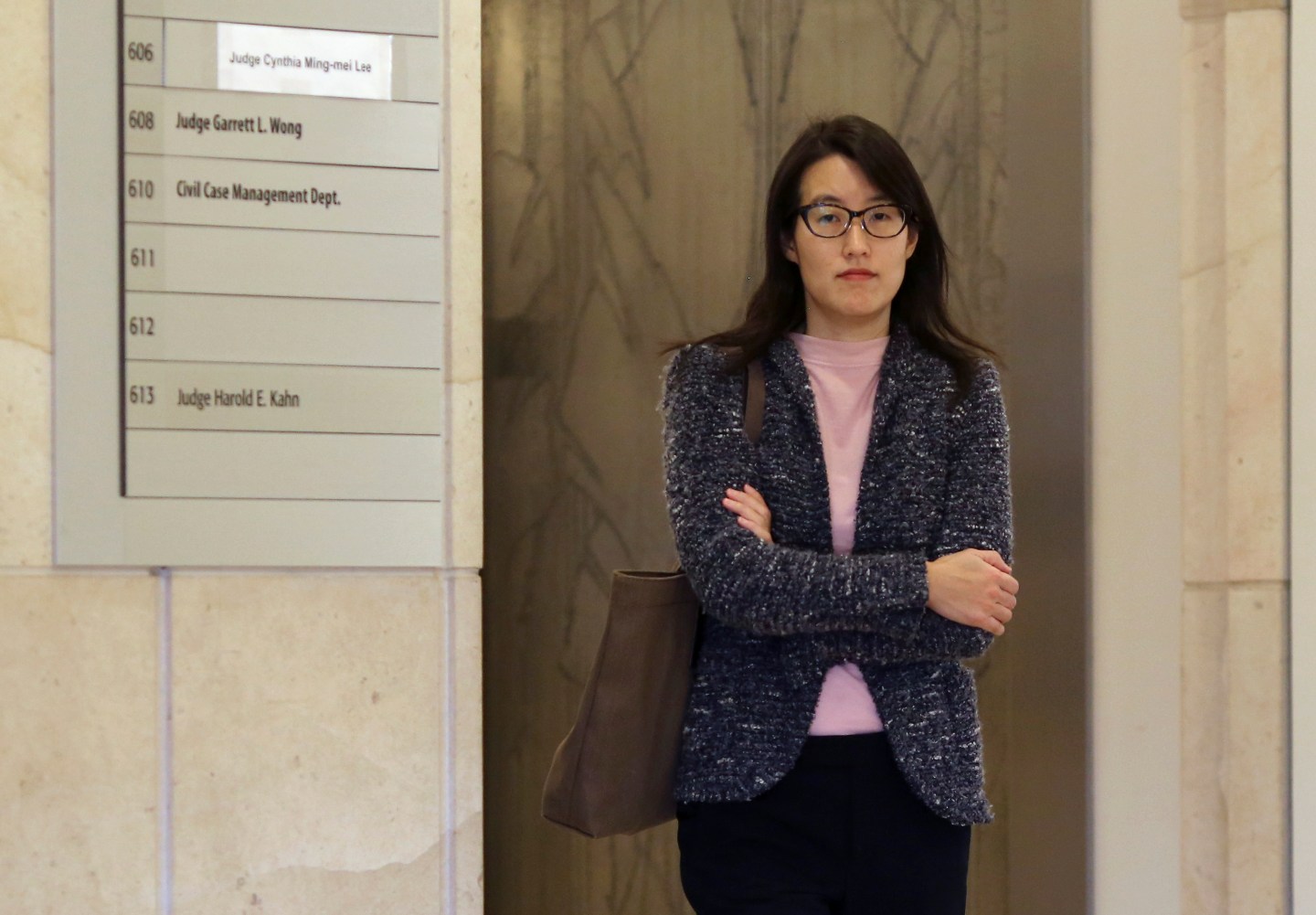 Venture capital firm Kleiner Perkins has defended itself in a sexism suit by former partner Ellen Pao by arguing it fired her, in part, because of her prickly personality. In court Wednesday, the firm’s attorney hammered that point home again, this time with Pao on the stand and forced to answer about a series of emails in which came off as difficult to work with.

In one example, Lynn Hermle, Kleiner Perkins’ attorney, zeroed in on Pao’s stormy relationship with fellow junior partner Trae Vassallo. It took more than two years, Hermle contended, for the two to reconcile.

“I think I have to break some glass to make it happen and I’m not afraid to do it,” Pao wrote in an email to John Doerr, the venture capitalist who hired her and to whom she vented about workplace drama.

Translation: Pao was someone who wanted to strengthen the team dynamic; Vassallo was the glass.

Pao has sued Kleiner Perkins for $16 million for allegedly passing her up for promotions despite her excellent performance and retaliating against her after complaining about gender discrimination and a colleague which whom she had an affair. Kleiner Perkins, however, has argued that it repeatedly warned Pao about fighting with colleagues before eventually firing her in late 2012, after she had filed the lawsuit.

Kleiner Perkins has emphasized that strong relationships and trust among partners are key to success at the firm. This is where Pao failed, according to Kleiner.

Pao didn’t do herself any favors when she asked in an email that two junior colleagues be fired instead of Ajit Nazre, the partner with whom she had the affair and whom she now accuses of pressuring her into the relationship. Nor did it help her case when she subtly complained about a colleague being distracted on the job because of his sick mother.

“In several places I sense resentment,” Doerr wrote in response to her self-evaluation in 2009.

Later, Hermle called out Pao for being protective of her professional network, yet being upset when others didn’t include her in meetings and discussions. Pao, in what was her second day of cross-examination, maintained that she always put the partnership’s well-being first, though she acknowledged that she could have been more open with her colleagues.

Hermle also tried to undermine Pao’s claims that she had complained about the lack of discrimination policies and training within the firm over the years along with behavior by some colleagues. Pao has said those complaints fell on deaf ears.

“It was in my car while I was driving, but I didn’t drive it around for years,” Pao clarified, eliciting chuckle from the jury.

But it didn’t get any better for Pao when talked about bringing up the firm’s conduct policies when complaining to Doerr about the gift. Hermle read an excerpt from her pre-trial deposition in which she never mentioned spelling out to Doerr that it was inappropriate and asking for to see those policies. Pao also never explained her discomfort with the book in her emails to partners at the time.

Hermle also dug out a posting Pao made to Quora, an online question-and-answer forum, that showed she didn’t always feel that Kleiner lacked women. In the posting, Pao said she considered the firm to have a high ratio of female partners with eight, or just 23% of the overall firm.