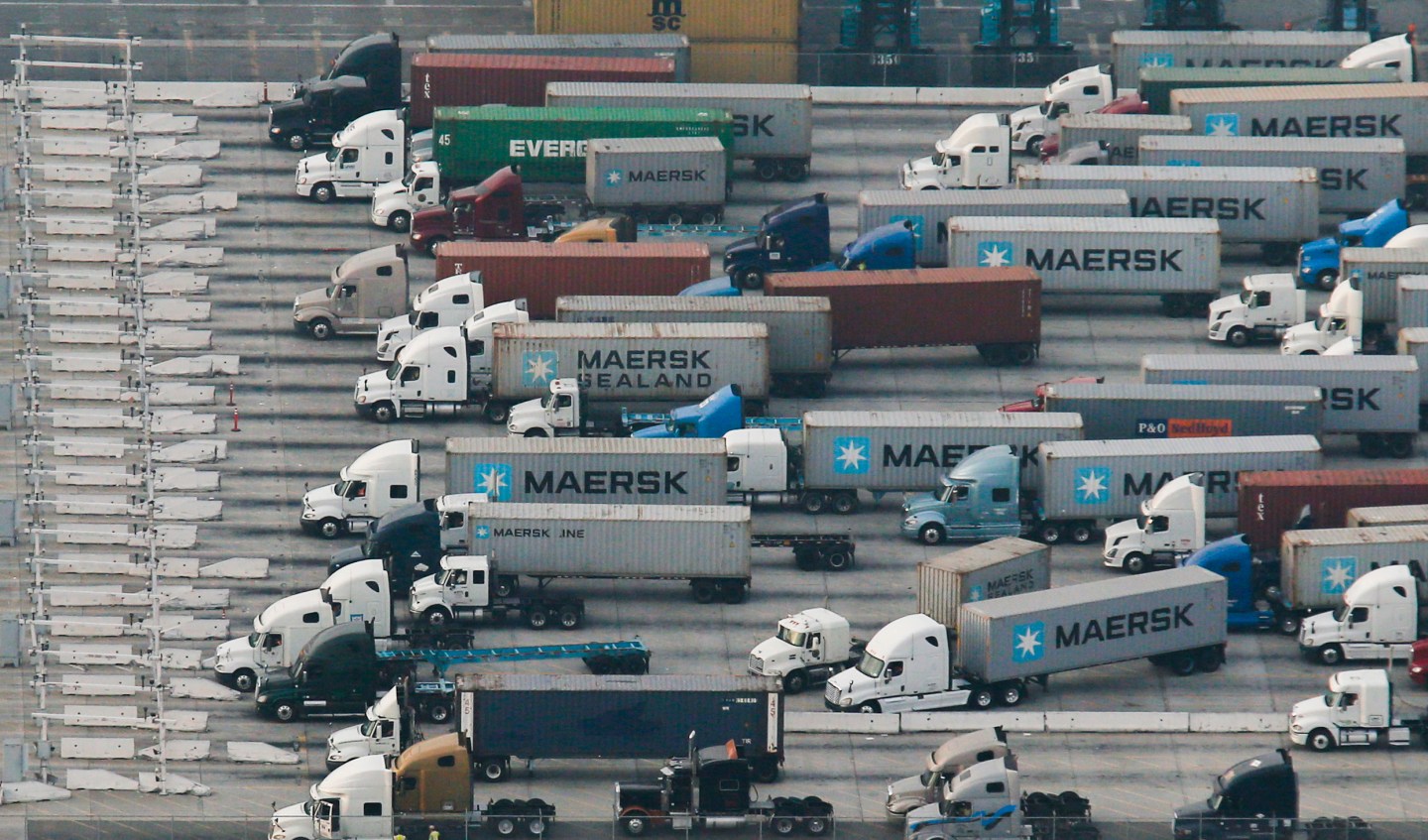 In October 2014, SVS Speakers added a handful of new products to its line. They were a bigger hit than expected.

“We sold out of our first production just a few days after we got them,” says company president Gary Yacoubian. “Usually a good problem to have, right?” The company quickly lined up second, and then third, production runs. The products would travel from factories in China through ports in Seattle, Tacoma, and Los Angeles-Long Beach to a distribution center near Youngstown, Ohio.

But not so fast. “In early December,” Yacoubian explains, “I’m getting these emails: ‘The product is laid up in the docks.’ When are we gonna get it? No one has any idea.”

SVS was forced to remove its hot new products from its online store in the middle of the lucrative winter holiday season. Yacoubian estimates his company lost five to 10 percent of potential sales. But SVS is just one of many businesses across the United States harmed by the labor- and logistics-related congestion that has snarled West Coast ports since late last year.

Dockworkers with the International Longshore and Warehouse Union went back to full schedules at West Coast ports on February 21, and progress has been made on the other problems that have slowed port operations. But the Los Angeles Times reports that the huge backlog of goods still stuck in port may take months more to clear. In the meantime, small and mid-size businesses selling everything from plus-size dresses to submersible koi pond pumps to acupressure wristbands will continue struggling to adapt.

Businesses scrambled to work around the slowdowns—but it wasn’t easy, or cheap. Romy Taormina, CEO of the makers of Psi Bands nausea relief wristbands, was able to bring in backup supplies of her product by air—at a shipping markup of 1,700%. Bigger products like SVS’s speakers can’t practically be shipped by air, so starting in January, Yacoubian rerouted the company’s shipping to Vancouver and through the Panama Canal to ports in New York. But everyone else had the same idea, and those ports are now experiencing backlogs, too.

While big companies like Target (TGT) and Wal-Mart (WMT) have dedicated supply chain staff able to anticipate and react to disruptions like the West Coast slowdowns, small businesses aren’t so lucky. “You don’t think about these kind of supply chain issues on a day to day basis,” says Yacoubian. Most of the small business owners Fortune spoke to didn’t become fully aware of the port problems until January, when they were already in their fourth month.

Many retailers have been understanding of manufacturers’ plight, holding back on canceling orders or imposing contractual fines. But they can’t save customers from disappointment. Earlier this year, Nicole Zinn of the Rocket Electrics bicycle shop in Austin ordered a pair of electric bikes for an older couple—and so far, only one has made it through. “They’re not going to be able to have their bikes,” she says. “They’re just going to have one bike.”

At Graystone Industries, CEO John Olson got lucky, if you can call it that: The harsh winter has dampened demand for his fountain and pond equipment, leaving fewer customers disappointed. “We’re about 40% off from a normal February,” he says, “and if that weren’t the case we’d already be out of some products.”

But Olson still has big orders that have been missing for months, including one that was pre-paid to the tune of $50,000. “I wouldn’t be surprised if I get notice of a lawsuit soon.” As the weather warms, he stands to lose hundreds of thousands of dollars in sales if the ports don’t release their bounty quickly.

“I’m carrying ten people who make their living off of me. These are my friends, some of these are my family,” he says. “I worry about what happens to them.”

Despite being threatened by the slowdown, these small business owners have complicated feelings about the dockworkers who have taken much of the public blame.

“I have family and friends who are in unions,” Zinn says. “But it’s kind of economic blackmail. My family members who are firefighters wouldn’t not go fight a fire just because they’re in contract negotiations.”