5 signs your company wants you to quit 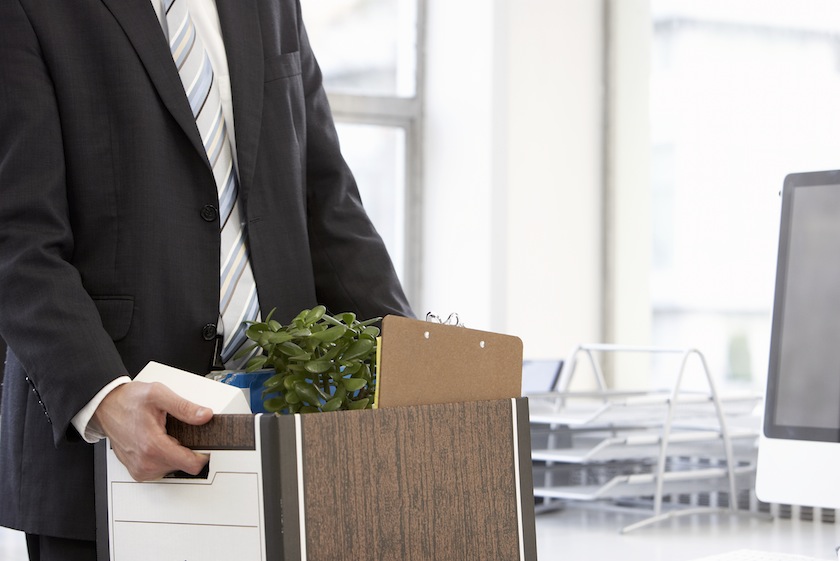 In a perfect world, you and your boss would get along swimmingly, with a free exchange of ideas that leads to promotions, all while your company continues to grow and thrive.

But let’s face it, that’s a rare situation.

Often, instead, you begrudgingly do the work you are assigned, as your boss tries to accomplish unrealistic goals and timeline dictated from up high. All the while, you’re looking for the next opportunity to flee. This was especially the case for employees in the last few years, before businesses began to hire again.

Then again, financial stability may not be the only reason a company might want you to quit.

Put simply, your boss, or perhaps your boss’ boss, may not like you. You might have gotten into an argument with the wrong executive. Or your work may be leaving something to be desired.

Remember, knowledge is power. Knowing that you may very well be soon shown the door will give you the opportunity to start networking, “so the choice becomes yours if you stay or leave,” says Amanda Augustine, a career coach and resume writer for job search site The Ladders.

Keep these five signals in mind if you’re worried about upcoming layoffs or concerned that your boss isn’t thrilled with you.

1 You’ve been sent to the periphery

Lisa Quast, a career coach in Seattle, Wash., had a client call her up, worried that her boss no longer picked her for prime roles on projects. The client had a good relationship with the manager and she couldn’t figure out why she was suddenly being cast aside. After some probing by Quast, the client realized that she had yelled at her boss around other employees and then immediately left the next day for an extended vacation. “I bet her boss just sat and stewed” during the employee’s vacation, says Quast. “When the employee came back, then the repercussions occurred.”

If you feel that your boss has suddenly started to pick others for choice assignments, first think about some of the ways you might have offended your manager. Maybe you turned in a report late, which he got in trouble for. Maybe she saw you shopping instead of working. Maybe you accidentally cc’ed his boss on an email you weren’t supposed to. It could be any number of reasons.

If you did have a run-in with your boss, go ahead and apologize. If she accepts your apology and things improve, you’re likely in the clear. If things remain icy, well, at least you know.

2 You’re overdue for a performance review

During the recession, it wasn’t uncommon for companies to delay or forget about performance reviews. With everyone worried about the future of the company, most managers had little time to focus on your professional future. But that’s reversing, as hiring continues to gain steam and competition for talent heats up.

If you haven’t had a review in over a year, make sure to ask for one. “You should be receiving regular feedback,” says The Ladders’ Augustine. “Especially if you asked for that feedback, and they are skirting the issue.”

On the other hand, if you are getting regular feedback, but it’s always accompanied with others in the room or documented through email, you should start sending out your resume. Your boss may be building a case to let you go.

3 You’re on the outside looking in

You see this all the time. A company decides that one part of its business is underperforming while another segment has plenty of room to grow. In that situation, plenty of businesses will shift investment from the laggard to the upstart. According to reports, AOL is doing this, sending more money to online titles that have performed well, while other groups will soon face layoffs.

Even transitions within departments can render you jobless if you’re a member of the wrong team. It’s smart to keep your ear to the ground. Talk with members of other departments around the water cooler, says Augustine. Plus, who knows, if your department folds, you might find that you could be an asset to another part of the company.

4 There’s a new sheriff in town

New CEOs often opt to make staff cuts when they arrive. Some do this to focus the company on something their predecessor overlooked. Shortly after his February 2014 ascension, Microsoft CEO Satya Nadella announced the largest round of layoffs in the company’s history, in part so the company could focus on new technology and trends, like the Internet of Things.

“Anytime you have a new boss, you always need to be alert,” says Augustine. She recommends evaluating why there’s a new head. Is it because of an overall change in vision in how the company will run? Will your department suffer from this new focus? How close were you to the old regime? The closer you were to previous leaders, the more concerned you should be.

In this case, you should schedule some time with your new manager. Feel them out. See how they view your role in the changing company. If they’re short on details or you get a sense they’re not interested in your help, then start looking for a new gig.

5 Your role overlaps with your colleagues'

Sometimes your job is at risk for reasons that are completely out of your control, like when your company enters a merger or acquisition. “It’s expected that after the deal is finalized, they will go through the company with a fine tooth comb,” says Quast.

Quast says that departments like human resources and marketing are often hit hardest during these transitions, as merged companies are likely to have role duplication in these areas. If you work with external clients or customers, you have a better chance of surviving, at least at first.

In these situations, your boss will also be out of the loop on layoff plans. Quast says you should protect yourself by reaching out to your contacts now. That way, you can find a new job on your own time.